Better Off Ted may now sit in the pile of the dozens of American sitcoms that didn’t quite find a home, but not many of those cancelled shows are as witty, satirical and clever as Better Off Ted did in its 26 episodes.

Better Off Ted revolves around the titular Ted, the head of the research and development division of fictional mega corporation Veridian Dynamics, a soulless goliath that seemingly wants everything from cyrofreezing to weaponised pumpkins made.

Ted has to not only deal with the insane demands placed on him above, the odd-ball scientists under his control, but also keeping his moral compass in check, forcing him to juggle his personal and private lives.

The secret to making the surreal work is mixing it with the dull and the banal. Better Off Ted, much like Community and Arrested Development did this to perfection, mixing the utter weirdness of freezing a scientist and developing scented light bulbs with office politics and downsizing.

The characters are perfectly judged too, relatively small in number, but fill every hole you could want, from the utterly charming Ted, through to the confrontation avoiding scientists being just the right side of maniacal and Ted’s voice-of-reason daughter.

Portia De Rossi’s fantastically cold-hearted Veronica is the highlight though, perfectly towing the company line, no matter how ridiculous it is. You’ve never heard someone sell a security system as racially inclusive so brilliantly.

It wasn’t just the office politics and it’s handling of real life work place issues that saw Better Off Ted use it’s satirical stick though, as the show also had a wonderful concept of putting a fake advert for one of Veridian’s products in every week before the actual commercial breaks.

Better Off Ted also had another card in its deck in the form of Ted’s fourth wall breaking habits, with Ted’s monologues to camera adding another string to the show’s comedic bow.

Despite it’s obvious qualities, the lack of any real star names and a fairly poor marketing push lead to its debut being the lowest rated comedy pilot of network ABC in four years.

The bad news just kept on coming when it came to viewing figures, with the show only going on to register an average of around three million over its two year run. ABC were so unimpressed that they didn’t even show the last two epsiodes of the second series, despite this last year being even funnier than the first.

While it may not have a legacy like Arrested Development or The Office, Better Off Ted deserves to be held with the latter as one of the best workplace comedies ever to grace our screens.

You can get Better Off Ted on DVD here 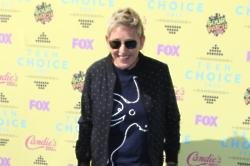 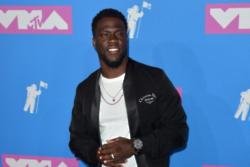 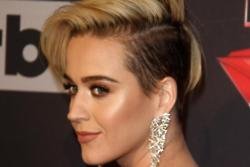 Katy Perry speaks out in support of Ellen DeGeneres