Danny John Jules is back on our screens in the highly successful Death In Paradise playing laid back police officer Dwayne Myers as the second series air tonight on BBC One.

We got some time with the man perhaps best known for his role as The Cat in Red Dwarf to talk about Death In Paradise, why working with Ben Miller is a joy and his passion for motorbikes.

The second series of Death In Paradise starts tonight and the first series was received so well. What was like seeing that reaction?

Well, with all shows that become successful, I’ve always had a gut feeling. All of the shows that I’ve been involved in that have become successful I’ve had this gut feeling from reading the scripts. I think all the rejections from the other shows have allowed me audition for something else that actually lasted.

It’s a great feeling to have that instinct come true about what you think the shows going to turn out like. I had the same feeling about MI High and Red Dwarf. There’s always been something about that particular script that you read and go ‘This could do well’.

Dwayne’s so relaxed he must be really good fun to play.

Yeah, he’s so far away from The Cat. After nearly 25 years of playing that sort of character, Dwayne’s just so different.

Well, my parents are from there anyway, so it was it like being home from home. I took the family over to meet my dad, he hadn’t met my kids yet. I was ticking boxes all the way.

Any downsides to shooting out there?

The shoot itself though is very arduous, Ben (Miller) really suffers in the heat. The audience doesn’t see the times where he’s nearly passing out from the heat because he’s wearing a suit and tie all day in getting up to 50 degrees on set. You’ve got to work with that element. You might have to stand around for an hour while Ben recuperates. It looks glamorous, but shooting eight hours in tropical surroundings is hard.

Just like Red Dwarf, this is very much an ensemble piece isn’t it?

Yeah, I felt in a way that the cast of Death In Paradise was very similar to the Red Dwarf. Even though Ben Miller has a lot on his shoulders, he is always adamant that his favourite scenes are the ensemble ones. The show has that feeling of an ensemble.

You can feel the writers know that and it moves forward in that vein in the second series. Sometimes you’ll hear Ben’s character say ‘My team’. I think that’s not only on screen, but off screen as well. The entire show’s approached like that, instead of just some star in an ivory tower and the peasants who come to bow to their feet. You can just walk down the corridor and knock on his door in the hotel.

That is a great possibility, to be able to talk about how the show’s moving on and how we can make it better as a group of characters. It’s was a great experience. Ben Miller and myself just did a karaoke show the other day and we appeared as a team on Pointless, so that sort of relationship carries over to the show.

Normally when you work with a star, you’re lucky if you ever see them again, but Ben will just pull up in his car, get out his guitar and start playing Say, Say, Say by Michael Jackson and Paul McCartney. There’s a relaxation and a comfort when you’re going to work if you have that sort of relationship with the star.

Any other similarities to Red Dwarf then?

Dwayne and Fidel are pretty much the Lister and Rimmer of the Death In Paradise team. There’s Dwayne, who doesn’t want to do more than he has to, doesn’t want anyone to talk about promotion and then Fidel who’s obsessed with getting up the ladder. So I’m more the Lister character in the ensemble, which helped me to adapt. This is also the second character called Dwayne, the good thing is that they’re spelt differently and the characters so are different that nobody minds. On a normal occasion you’d get slaughtered for playing two characters with the same name!

Any word on more Red Dwarf or even more Death In Paradise after this series?

I’ve been told that both series, Red Dwarf and Death In Paradise have people scribbling away at scripts as we speak. Nothing’s true until it’s been denied in public though. All I can tell you is that UKTV were over the moon with Red Dwarf, as were BBC Worldwide, as the BBC were with Death In Paradise. So, you’ll have to watch this space about the development of pens going to paper on commissions, but I believe at least one, if not both will be made again this year.

I’m just in post-production of the short film called Bucky I wrote and directed which is being funded on IndieGogo. I’ve got some good people involved on that like Colin Salmon, Frances Barber, Amanda Mealing, so I’m really pleased with how it’s tuned out so far. We’ll be attacking the festivals and trying to find a broadcast partner.

It’s funny actually, I was reading something about Bowie today, having done Labyrinth with him and that, I wrote a reply to the first ever American fan letter he got. He was saying that he’d just done a short film in 1967.

So even back then, doing a short was great way of putting yourself forward for a whole movie. I was in Dexter Fletcher’s short film, and he’s directing his second feature right now up in Scotland after having a critically acclaimed firs film. It’s a great way to cut your teeth so I’m just doing what the other people I know have done.

It was actually Colin Salmon playing the trumpet when he came to do a guest spot in Death In Paradise that inspired me. He played something and I said ‘Oh my God, that should be the closing titles of my film’ and I then went off to write the script after that injection of artistic flavour I heard. That’s how he ended up being a part of it.

I do a lot of charity rides and we always use the colour pink on the vehicles and we create these bespoke pink racing suits. One of the bikes is pink leopard print! We go and do these rides for a charity called Riders For Health, who are based in Gambia, which was started by a Grand Prix rider. So we do a couple of rides a year for them.

I did London to Gambia and then London to Valencia for the last Grand Prix of the season. A lot of people compare it to what Ewan McGregor and Charlie Boreman did. We film them too, like a documentary, so that’s going to be on TV later this year. Riders for Health is now the motorsports’ charity of choice, which is great when you hear how they’ve been taken under that wing.

I think it’s a great charity to support, so I get to gallivant on a motorcycle between working, having fun and doing something useful rather than just lounging on a yacht in the Caribbean somewhere.

He does this thing for the charity where he’ll take people as a passenger around the circuits on a two seat racing bike. Prince Harry’s done it. That was funny, seeing him on there looking petrified, even though he’s a rider himself. It was at Silverstone, I was in the Alpinestars hospitality area and there was a murmur around the place because Harry was having his lunch at the next table with his leather clad protectors.

Are bikes a real passion of yours?

Yeah. I did a show up in Derby called ‘Soul Train’ that would later transfer to the West End and we had the photographer would turn up on this Yamaha Thundercat. Obviously, it got my attention through the name alone but I saw and thought ‘Wow, that looks so cool’. It just seemed a great way to get around, especially in this industry where a lot of stuff happens in Soho. Also, as an actor, when they look at your CV and see that you have a motorcycle licence, it just adds to the package. When I did the Red Dwarf episode “Gunmen Of The Apocalypse” the other guys were so stiff and ended up bobbing up and down on a horse like a pogo stick! We’ve got another ride planned for this year, but that’s still being planned.

What’s up for you next then?

I’m off to Australia with Robert Llewellyn and Craig Charles. We’re going to Melbourne, Sydney and Auckland to meet all the fans in the Southern Hemisphere, do some conventions down there on the back of Red Dwarf. Both those counties show Death In Paradise too, so I can do both in one trip. Spread the love down south.

Death In Paradise returns tonight at 9pm on BBC One 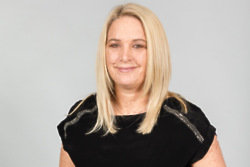 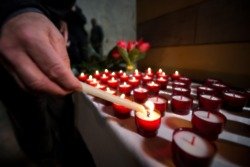