Lena Dunham’s at the start of something very, very big. It’s rare that someone can pull of the daunting feat of creating, writing, directing and starring in two movies and TV show at the age of 26.

Even fewer can get it a prime slot on HBO and make it such a rousing success. Not everyone’s Lena Dunham though.

The daughter of artists Carroll Dunham and Laurie Simmons, Lena was brought up in the artsy Tribeca area of Manhattan and a mainstay of the more creative private schools; it wasn’t long until she was picking up a camera and pen and getting creative herself, with her writing, directing and starring in YouTube shorts before making her first film Creative Nonfiction.

It was her second feature, Tiny Furniture, that attracted the attention of many though. The film may have been twee to a fault and slightly too self-absorbed for its own good, but it caught the eye of many. Most importantly it snagged her a vital fan in the form of comedy goliath Judd Apatow.

With Judd Apatow on board, Lena’s plans for something bigger could start taking shape and discussions started with HBO over a TV pilot. With the opener knocking the suits for six, HBO were quick to commission a full series, with the green light for a second coming very soon after.

The critical reaction to follow the shows release was little short of unbelievable.  Both the show and Lena herself have been branded as the voice of the millennial generation, with the show still the highest rated new TV show of 2012 on Metacritic.

The show’s finest quality is something that has permeated Dunham’s wok; honesty. Dunham is seemingly always open with her writing voice. At no time is any feeling skipped, or any cracks papered over. Be it in Tiny Furniture, Girls or even her minute debut Creative Nonfiction, Dunham is always completely earnest and sincere.

Dunham though is nowhere near stopping there, having unsurprisingly gotten herself a part in Judd Apatow’s comedy This is Forty, she’s also just secured a $3.5 million book deal for what is thought to be a collection of essays with an advice giving slant.

Is she a female Woody Allen? Well, the two both make self-effacing comedies with a dramatic base about smart people with very little sense of the world. Let’s just hope that Lena’s around for just as long. 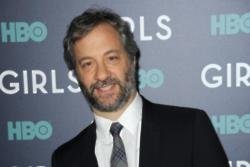 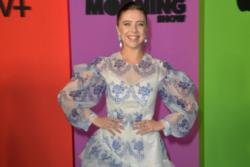 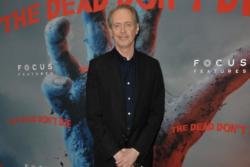 Steve Buscemi: I wanted to play a firefighter in The King of Staten Island