Matt Smith is 'magical' as Doctor

'Doctor Who' actor Nicholas Briggs has revealed he loves Matt Smith's portrayal of the time travelling character because it is ''nuts and charming''.

The Doctor's foes the Cybermen at the Doctor Who Experience

Matt Smith is "magical" in 'Doctor Who', according to his co-star Nicholas Briggs.

He has a charm, a kind of real charisma, he's not just sort of nuts and strange - he's nuts and charming. He's also fantastic to work with, he's a really nice bloke.

The 28-year-old actor took over the role from David Tennant in 2010 and Nicholas - who voices the Daleks, Cybermen and Judoon monsters in the BBC sci-fi series - insists his portrayal is one of his favourites and reminds him of the late Patrick Troughton's imagining of the character in the 60s.

He said: "I love what Matt does. My favourite Doctor is Patrick Troughton and Matt has drawn from Patrick quite a lot, because he's watched DVDs of his. I think Patrick Troughton is the Doctor all the actors like, because it is just a great, great performance. I love the sort of anarchy in Matt's performance, I think it's quite magical actually.

"He has a charm, a kind of real charisma, he's not just sort of nuts and strange - he's nuts and charming. He's also fantastic to work with, he's a really nice bloke."

Nicholas has been busy recording vocal parts for the 'Doctor Who Experience', which opens this Sunday (20.02.11), and insists fans of the show will be blown away by it.

The actor-and-writer was treated to a sneak peak of the attraction - which allows visitors to join The Doctor in the TARDIS and also features an exhibition celebrating the show's history - this week and admits he found it "thrilling".

He told BANG Showbiz: "It looks brilliant. I've been taken around and it's full of monsters, you go through the TARDIS and it takes off and you get to have a go with the controls and then it takes off and then the Daleks come and get you. There's a 3-D thing at the end and then there's a great exhibition of lots of props from the series from the past as well as the present shows. It's a 'Doctor Who' fan's dream day out, I've been a 'Doctor Who' fan my entire life and I found it very thrilling." 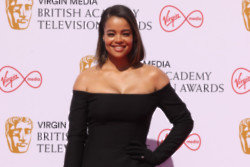 Lydia West was never in the running for Doctor Who role 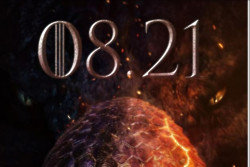 Game of Thones prequel series to be released in August