Natasha Leigh is an actress that definitely leaves an impression, as fans of Holby City will know with the Australian actress’ eight week stint on the show as the feisty Doctor Lilah Birdwood.

We spoke to the Melbourne-based beauty about her time on the show and her using cake as way of making herself loved on set.

First things first, did you enjoy your time on Holby city?

I had an amazing time on Holby. All the cast and crew were so much fun and so welcoming.

How did you get the part of Lilah, as Holby’s not shown too much in Australia?

I have an agent in London, so I auditioned on tape, then had a meeting on Skype. The next week I flew over.

Lillah definitely shakes thing up a bit on the wards, that must have been great for you?

It's always fun to get an intense role, something to sink your teeth into. She is also very fun and bubbly which lightens things up.

Would you be up for a return if they asked?

I've had a great time playing Lilah, it's been much like filming a movie. I am happy with what I've done and ready for bigger and better things.

What was like being named the best dressed at the Inside Soap awards this year?

It's so funny, it came as such a surprise. It's always nice to get glammed up and go out. This was a bonus.

This must have been a change of pace from the Australian drama you did called Underbelly; that was just a little bit darker.

Very different from Underbelly. There were similarities with my characters though; Melissa and Lilah were both quirky, vibrant and dynamic characters.

I heard you brought in cake to win everyone over on set. Is that a regular occurrence for you?

I love to cook, so when I'm on a job it's just natural for me to share. I make the best chocolate fruit slice, everyone really appreciates it on set, especially after a long day.

So now you’re back in Australia, what’s the thing you miss most about the UK?

Well I actually met a man over there. So I guess I'm missing him the most.

Is it true you’re a personal trainer too?

Yes, I did my certificate three and four in fitness many years ago. It was a fun 'in between' job for me.

I checked out your Twitter profile (not stalking you, honest) and I noticed that the hastag #MsLeighIsOnFire keeps popping up. Where did that come from?

One of my fans tweeted it. It's from Alicia Key's song 'girl on fire'. I liked it, so I kept it.

So what’s next for you then?

I will head back to the UK in January. Possibly over to LA in February, then who knows.

You can see Natasha on Holby City, Tuesdays at 8 on BBC One. 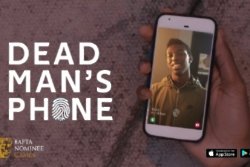 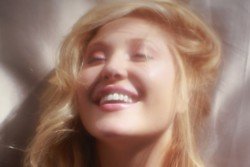