Despite Never Getting The Viewers That It Should, This Teenage Detective Is Worth Snooping Out

We all love that plucky detective who won't let anything get in the way of them finding the truth. And high school dramas are always great. So what if we were to tell you that the perfect combination of the two had been floating around for years.

Don't believe us? Well, we present exhibit A, Veronica Mars.

Veronica Mars centres around, well Veronica (a career making performance by Kristen Bell), a straight-A high schooler with a side-line in sleuthing. Inspired by her Private Investigator dad, the former sheriff of the fictional Southern California town of Neptune, Veronica moonlights in solving mysteries.

Her life though is turned upside down by the murder of her best friend Lily, forcing her and her trusty sidekick Wallace to find out the truth behind Lily's death. Twisting and turning like the best noir novels, it was gripping throughout.

Add in a love triangle between Veronica, bad-boy Logan and Lily's brother Duncan and the stage was set for a cracking debut year.

The show simply decided to up the stakes though, with the second series having her investigate the crashing of a school bus that kills a number of her of her school mates. Tackling corruption up the very top and placing Veronica in more peril than before, series 2 simply elevated the show to new levels of complexity and intrigue.

While most American mystery shows just can't pull off a season long mystery, Veronica Mars does it with absolute ease. Making their mysteries so deep and dense you need cave diving equipment to get to the bottom of them, the first two series of Mars never make feel stale and keeps you asking questions until the very end.

Despite being critically regarded as one of best shows on TV at the time, Veronica Mars never pulled in the audiences. Never picked up by a major network, Mars struggled to attract an audience bigger than 2.5 million. While that may sound a lot, the OC and Smallville averaged over twice that number over the same couple of years.

In an attempt to rake in ratings, the decision was made to change the show, and its final series suffers for it.

Deciding to ditch having one enormous mystery for several smaller ones, series three didn't quite have the sparkle of the last two. With Veronica going off to university, we got to experience her solving a veritable campus crime spree. While never quite keeping you guessing and having a having a lighter tone than the first two years, series three still makes for compelling viewing.

A lot of this has to do with Veronica herself. Spunky, smart as a whip and never, ever whiney, she's a fantastic protagonist. Her fellow's aren't too bad either. Her dad Keith is immensely likeable, with Bell and Colantoni always making the two feel oh-so natural together. Wallace and Duncan toe the line too, but its Logan and Weevil who steal a lot of the show.

Logan should be un-likeable and loathsome. Yet somehow, never truly is. The same with Weevil, the eventually reformed head of a motorbike gang, a character with more layers than a rather excessive wedding cake.

The writing never lets them down either, a real highlight of the series being the quick, funny and at times poignant dialogue thrown about with reckless abandon.

After three series however, Veronica Mars was cancelled, swept off the air to make way for Pussycat Dolls Present. That a Veronica Mars movie was written and never financed just makes the whole thing even worse.

Chock-a-block with snarky laughs, quick witted and nicely layered characters and fantastic storytelling, Veronica Mars is a show definitely worth catching up on. 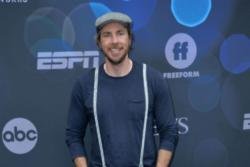 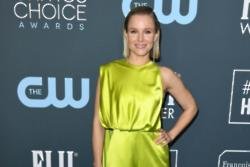 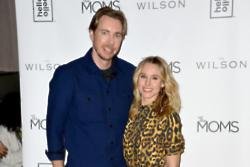