Are these the five best Black Mirror episodes ever?

Season 4 was undoubtedly the strongest to-date!

Here we count perhaps the five most interesting episodes of Black Mirror, from the strange, to the downright insane, from Charlie Brooker’s insightful mind. This show, with every episode a different tale, shows what technology can do if handled by the wrong people. The show can be hard to watch at time yes, but that might just be what makes it so phenomenal. This series is not for the faint-hearted, but the mix of technology, lies and unordinary circumstances is truly something to behold. If you haven’t seen it yet, then these episodes are the ones to watch to get you started.

Shut Up and Dance, Season 3 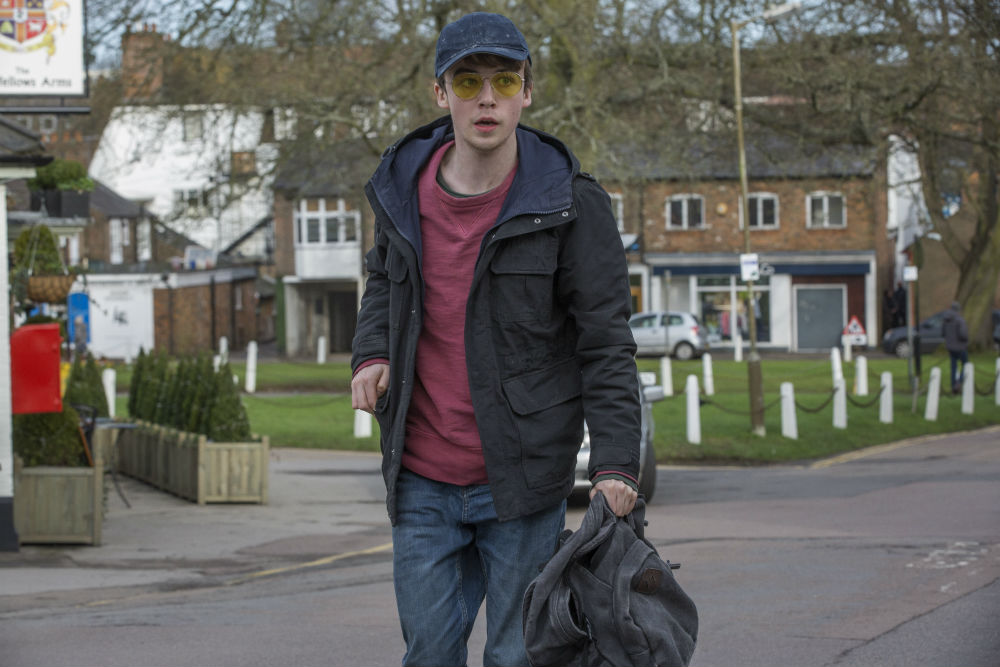 This episode may be the most hard-hitting episode from Charlie Brooker’s creations. A young boy has a dark secret, and to keep it from getting out he must obey every text sent to him from a mystery source. Robbing banks, murder and lies are all on the cards for Kenny (Alex Lawther) as he meets with a man in the same boat to keep their secrets hidden. The twist – no matter what they do, their secrets were always going to be revealed…

This episode is genuinely a stab in the back – not only are you hit with an almighty swerve when it reaches its conclusion, but the mystery of the person/people doing this to him are constantly on your brain. Kenny’s secret comes to the shock of everybody watching; nobody could have called the twist you’re hit with. While most Black Mirror episodes are riddled with amazing technology, this episode plays that down to deliver a crime thriller; and perhaps shows us that we may never truly know the real person behind everyone we meet. 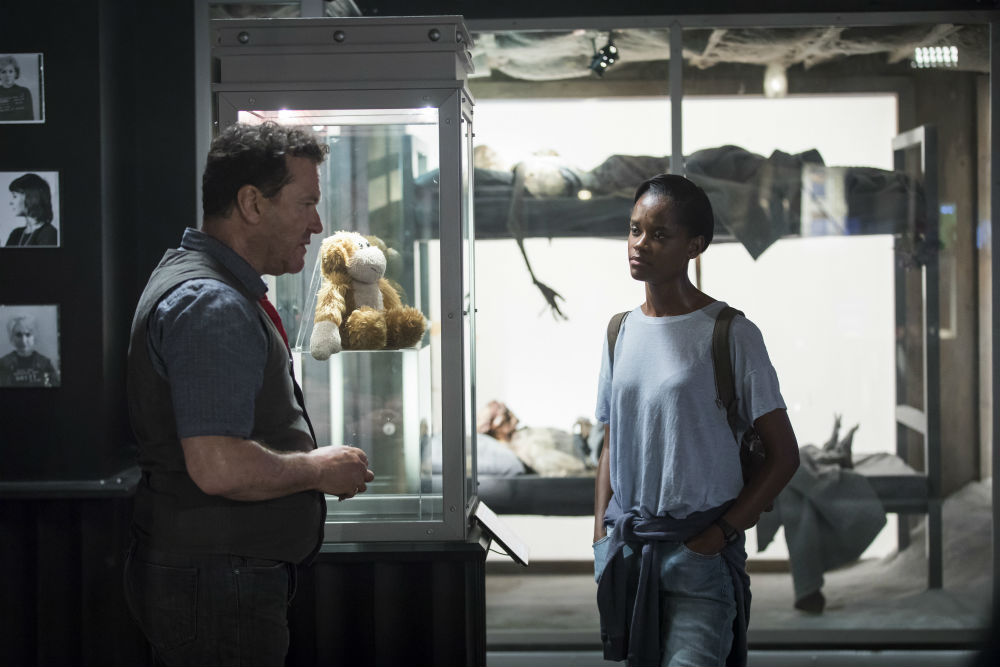 A young girl travels to the middle of the desert to the ‘Black Museum’, where she meets a very interesting man who seems to be in charge. Inside the museum, are props and evidence from many crime cases throughout history. These props all link to the man our protagonist met upon entry, but hearing stories isn’t the only thing on the girls’ mind. The twist? Well, saying too much would ruin your viewing experience!

This episode is phenomenal due to the fact that we get mini stories within the episode, all centred around technologies that cause catastrophic events for the people involved. The episode mixes tales of family, friends and lovers together in such a way that when you see the finality of each, your heart goes out to everyone affected. The show really focuses on the tech side of things and to give the audience more than one short story filled with anger, confusion and curiosity – this episode may be the very pinnacle of the show altogether. 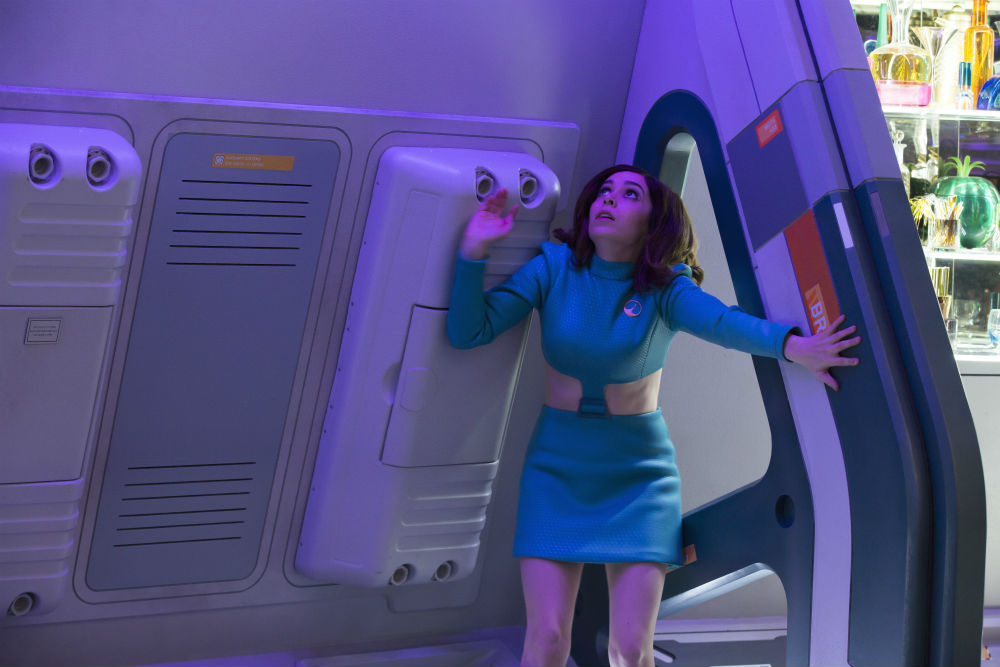 Robert Daly, CTO of a tech-entertainment company, seems like the quiet, nice guy at the office; nervous to talk to anyone or tell anyone off… until the new girl starts. Daly (Jesse Plemons) takes a liking to her as she is kind to him, unlike everyone else at the office it seems. So, what does he do? Get her a coffee, just say thank you? No - he copies her DNA to make a clone of her inside his own version of a video game he’s working on. Nanette (Cristin Milioti) wakes up on the USS Callister, confused as to why she isn’t in the office or at home. She soon realises that she must find a way to free everyone, and Daly may hold the only solution…

The episode has strong Star Trek vibes for sure, but whether you enjoy that or not won’t impede your enjoyment of this episode. The show really went in a comical and more or less wholesome way for this episode, bringing everyone on the USS Callister closer together through their suffering at the hands of Daly. The tech aspect yet again is the most provoking aspect of the episode; it truly challenges how far (gaming) technology can go – and if it should. 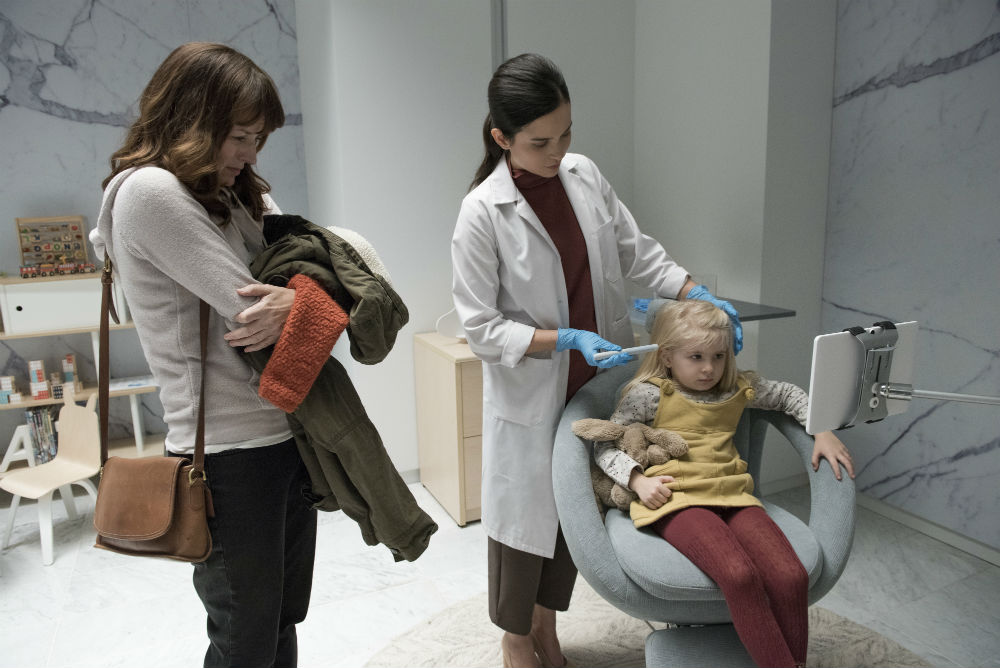 A mother goes to new lengths to watch over her daughter when she is lost as a child. Instead of just keeping an extra eye on her loved one, she has a chip implanted in her head – which comes with a tablet so she can not only track where her daughter is, but block sights and sounds from her. As she grows up, Sara (played by multiple actresses) realises that she is missing out on everything… so her mother puts the tablet away; until one day she turns it back on and is confronted by something no mother should ever see their daughter doing. Sara eventually tires of her mother’s abusive and controlling behaviour and decides to confront her about it…

This episode really taps into the family dramas many people have – but with a clear and concerning twist. Again, technology is painted as the baddie here; do we really need to have everybody we know on our Find My Friends app? Here, the audience are taught that trust should be what you rely on within the family; not the use of technology beyond reasoning. 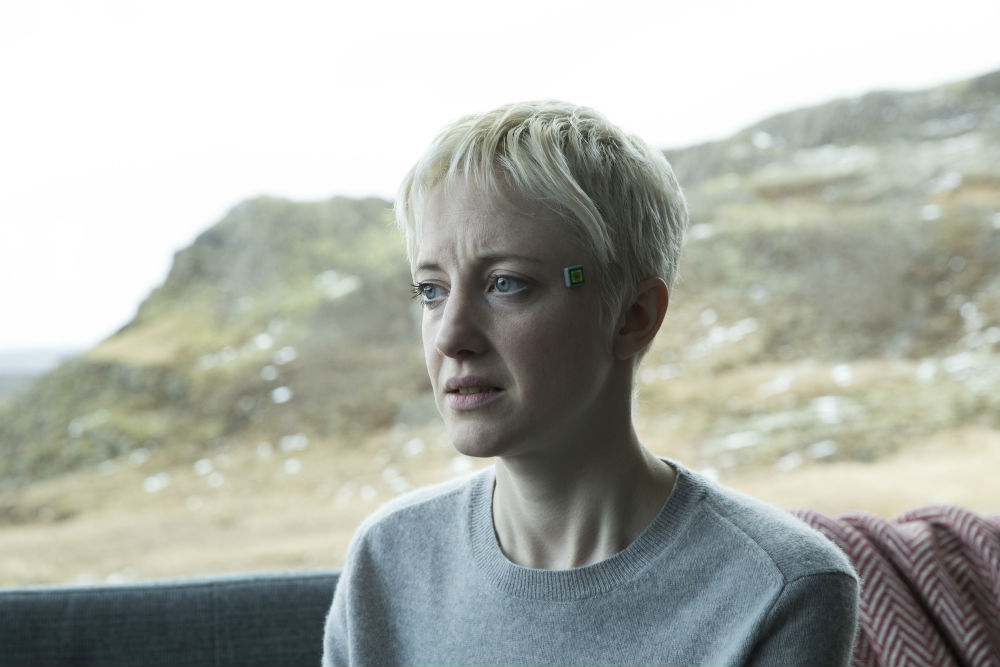 For years, architect Mia (Andrea Riseborough) has been keeping the secret of an accidental murder under wraps; until in later life, a traffic accident leads a detective her way. Mia gets a visit from an old friend, a friend who she committed manslaughter with and hid the body – and he explains that he’s getting ready to confess, because the guilt is becoming too much. In a bid to stop him from exposing her crimes, she takes drastic action to keep his mouth shut.

While this episode may be hard to watch towards the end, with the murder of a child and Mia’s stress about the ordeal, the whole episode is purely fantastic. The murder mystery vibes are back again, and the journey Mia goes on to hide her secrets are entertainingly horrific. The episode seems to be getting at the idea that your sins will follow you home; despite the advanced (and fictional) tech featured, the idea that doing wrong will always cost you. The episode hits hard – which is precisely the aim of the show.

All episodes of Black Mirror are available to watch now, exclusively on Netflix.