The best TV shows coming your way in December 2020 on Netflix, Sky, Amazon, StarzPlay and Hayu 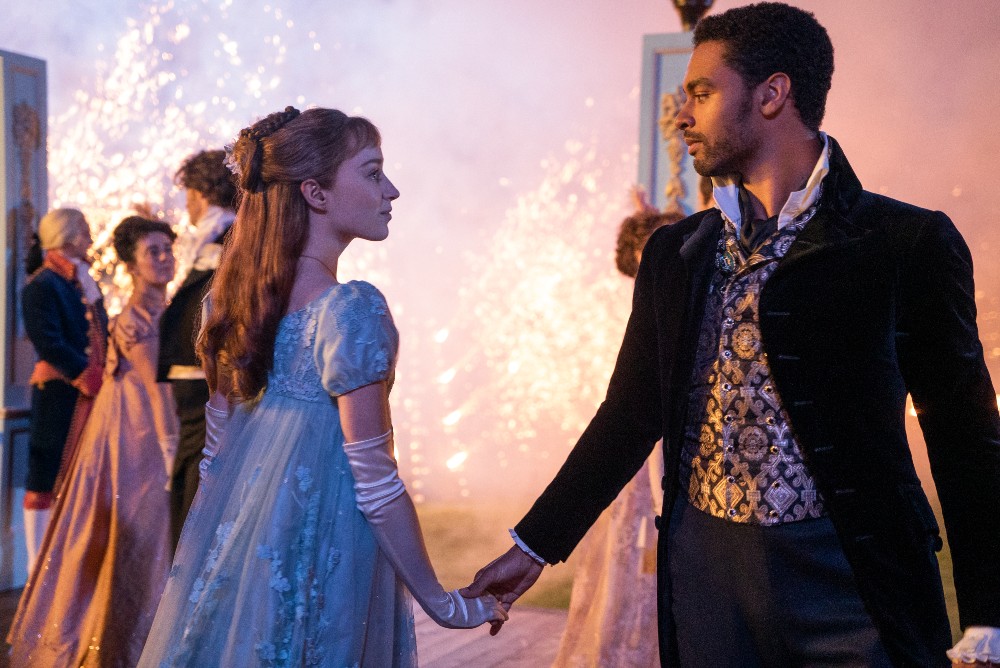 With December officially underway, we’re almost ready to say goodbye to what has been one of the strangest years in living memory.

Throughout the past 12 months, television has provided a lifeline for many people, with reality shows, hit dramas and terrifying thrillers entertaining us, and giving an escape from the horrors of the real world.

With 31 more days of 2020 to contend with, we got to thinking about what we should be watching to pass the time.

Here are the best TV shows coming your way in December 2020.

Animated shows are usually catered to kids, but this one is certainly not one you should be playing during family time! This adult comedy is as filthy as they come, prodding at your funny bone whenever possible with slick comedic timing and jokes that don't just step over the line, but do a massive hop, skip and a jump over it.

After the explosive first half of Power Book II: Ghost, the series makes its return ahead of the New Year to kickstart its slew of final Season 1 episodes. With Tasha St. Patrick’s (Naturi Naughton) lawyer (Method Man) determined to see her escape prison for crimes she certainly did not commit, we’ll see him turn his attentions to her son Tariq (Michael Rainey Jr.), after discovering the truth of what happened on the night Jamie St. Patrick (Omari Hardwick) was killed.

With Tariq now embedded within Monet’s (Mary J Blige) criminal empire however, he’s got some of the best protection he could ask for. As he rises through the ranks to make money in any way he can, he follows further in his father’s footsteps than he could have ever believed.

Expect plenty of twists and turns as the Power universe and its multiple stories continue to evolve.

If reality TV is your thing and you’re a fan of the different Real Housewives shows, then you can’t get much better than the ladies in Atlanta! Always turning it up to 11 with the drama, partying and glamour, they’ll be making a return in the midst of one of the most ferocious political climates America has seen; and some of them aren’t afraid of making their voices heard.

There’s also a new Housewife joining the cast this season in the form of Drew Sidora, whilst ‘Friends of the Housewives’ Marlo Hampton and Tanya Sam are also back in front of the cameras to help bring the series to life.

Tim Roth, Genevieve O'Reilly and Abigail Lawrie all return for their final outing, with their characters Jack, Anna and Angela returning to Liverpool to confront the dark truth they ran from two decades earlier. With their enemies determined to bring them down, will they fall to the pressures, or finally find freedom?

Despite the drama and destruction, the darkly comic undertone of the series promises to make a comeback. So, at least we’ll have some smiles as we watch our favourites take on some of the biggest emotional challenges of their lives!

We've seen similar stories before, but never like this. The Wilds, exclusive to Amazon Prime Video, follows a group of teenage girls who become stranded on a desert island following a traumatic plane crash. Exactly what happens after that remains to be seen but, if done correctly, the episodes could be some of the most exhilarating and intense of the year.

The twist in the tale? That the girls didn’t end up on the island by accident…

After signing a landmark deal with Netflix, Shonda Rhimes’ production company Shondaland will see the release of their first original series for the streaming platform on Christmas Day, in what looks like a Gossip Girl meets The Crown mash-up.

Chris Van Dusen serves as creator on the show, which follows Daphne Bridgerton (Phoebe Dynevor) who's the eldest daughter of her powerful family, making her debut onto Regency London's competitive marriage market. Though she has true love on the brain, the mysterious Lady Whistledown (voiced by Julie Andrews) creates drama with her notorious high society scandal sheets, casting aspersions on Daphne.

With the rebellious Duke of Hastings (Regé-Jean Page) entering the scene as the catch of the season however, romance could indeed be on the cards. She and he may claim they want nothing to do with one another, but their battle of wits could end in a partnership high society never expected.

Rebooting Sabrina the Teenage Witch was always going to be a challenge. The goofy kid’s show was a big part of many people’s childhood, so seeing the character taken into a darker and more serious direction in a Netflix original series - based on the comic book series of the same name - was a risk. Fortunately, it’s one that paid off.

Over three seasons to-date, we’ve seen fan-favourite characters brought to life by some of the most talented performers on Netflix’s roster. Now, to help bring in the New Year, the conclusion of the series will kick off with the first of eight final episodes.

Kiernan Shipka returns in the titular role, alongside Miranda Otto and Lucy Davis as aunts Zelda and Hilda respectively, as well as Chance Perdomo, Michelle Gomez, Ross Lynch and many more of our favourites.

RELATED: All of the best TV shows that started in November 2020

From the fourth season of Netflix original series The Crown, to ITV’s first series of I’m A Celebrity set in a Welsh castle, there were a lot of exciting shows hitting the small screen in November 2020… READ MORE