Are you feeling nice and refreshed after the holidays? There's still New Year to go, so don't go throwing yourselves into your work too hard just yet!

After our celebrations of the best scripted TV shows, movies and video games of the past decade, we've now decided to delve into some of the best reality television series that we've been watching over the past 10 years.

The women of WWE (World Wrestling Entertainment) have been fighting for the spotlight for many, many years. The likes of Trish Stratus and Lita changed the landscape forever, proving that they were more than just a pretty face in the squared circle, and in passing on the torch to the likes of Charlotte Flair, Becky Lynch and Asuka, they've allowed the entire wrestling business to flip on its head. 2018 even saw the debut of a one-time all-female pay-per-view, called Evolution.

What we're here to talk about though, is reality television; so just how do the female Superstars of WWE slot in? With E!'s addictive reality series Total Divas, of course! Brie and Nikki Bella, Naomi, Cameron, Natalya, Eva Marie and JoJo would make up the cast of the very first season, all the way back in 2013, and the show has been through a number of casting changes right through to the present day and its current ninth season.

Allowing WWE fans into the behind-the-scenes trials and tribulations of the female division's biggest stars has proved not only entertaining, but incredibly emotive as we see barriers broken down and the world of sports entertainment evolve for good. 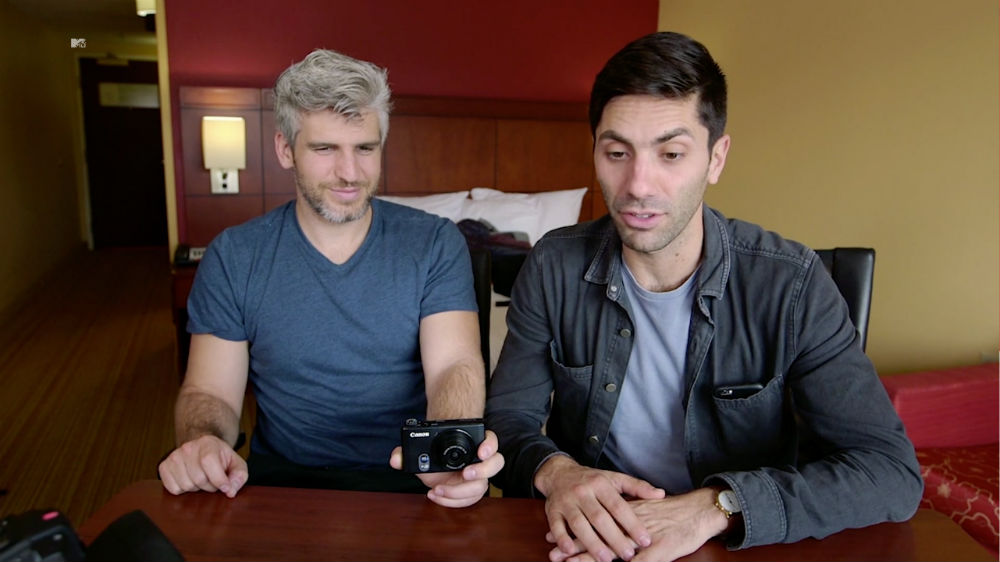 Following on from the successful real-life film of the same name, Catfish the TV series jumps into a unique story with each episode, usually based on a romance that has blossomed online with very little actual contact (such as phone calls or video calls) taking place. Getting in touch with Nev Schulman - the show's host - for help, each subject ends up eventually meeting up in person with the individual that they've been chatting to online, sometimes for years on end. Whilst there have been a handful of happy endings, deceit and betrayal usually plays a huge part in the story's conclusion.

So why are they called catfish? Well, according to Vince Pierce - the husband of the original documentary film's subject Angela Pierce - the term comes from fishermen who would put catfish into the sea "with cod to nip at their tails and keep them active". Those who are pretending to be somebody they are not are doing so to entertain themselves a lot of the time, giving just enough to the person they're "catfishing" to keep them interested and involved. 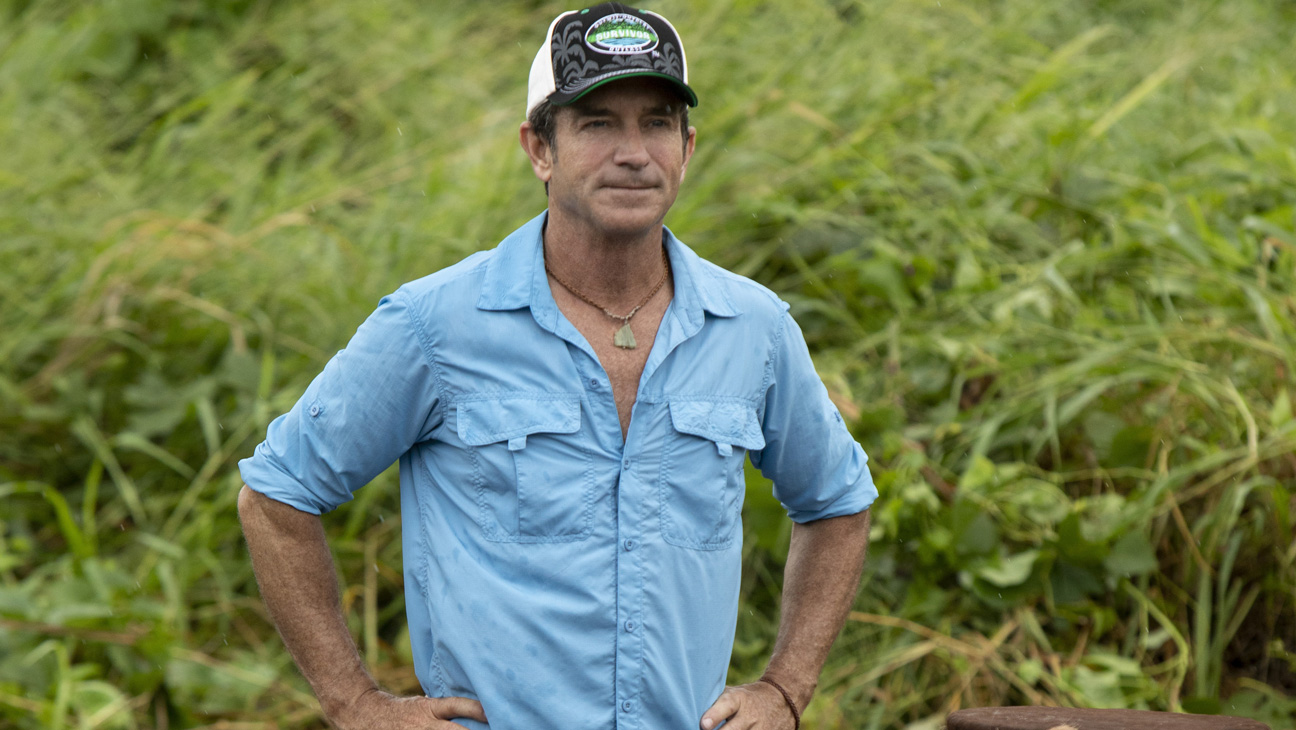 Giving away a million dollars every season to the winning player, Survivor bosses have continuously made television history, and will do so with a brand new season in 2020 where they give away the biggest cash prize in American reality television - two million dollars.

As the show has evolved, so too has the gameplay, with contestants forced to get more creative as the years have gone by if they're to make it all the way to the end and earn the votes of the players they've had a hand in sending home. Some of these contestants have become household names, working their way into the hearts of viewers at home who have all become a part of the show in a way that most reality TV bosses can only dream of.

Executive producer and host Jeff Probst has a huge hand in making sure the show is fresh and unique with each season, alongside fellow executive producer Mark Burnett and original creator, Charlie Parsons. Each should be applauded for the wonderful work they have done in ensuring that Survivor is still entertaining, all these years later. Season 40 is on the horizon; here's to 40 more.

The Real Housewives franchise is one that has taken the world by storm. There are a whole host of different branches to this tree, whether it be in Cheshire in the UK, or Melbourne in Australia. The absolute best of the best however, surely has to be The Real Housewives of New York City. The series has given us so many memorable one-liners, with an eclectic cast of women who aren't afraid to speak their minds.

Fan-favourites include Bethenny Frankel, Ramona Singer and Luann de Lesseps, all of whom were a part of the very first season, and have returned in varying degrees ever since. Ramona for example, is the only New York cast member to have stayed with the show since the very start.

As we watch the ladies fall into bushes, get into dramatic fights but ultimately, come together and support one another, we are allowed an escape from our real worlds and a glimpse into that of the privileged, which isn't too far different to our own if we really pay attention... 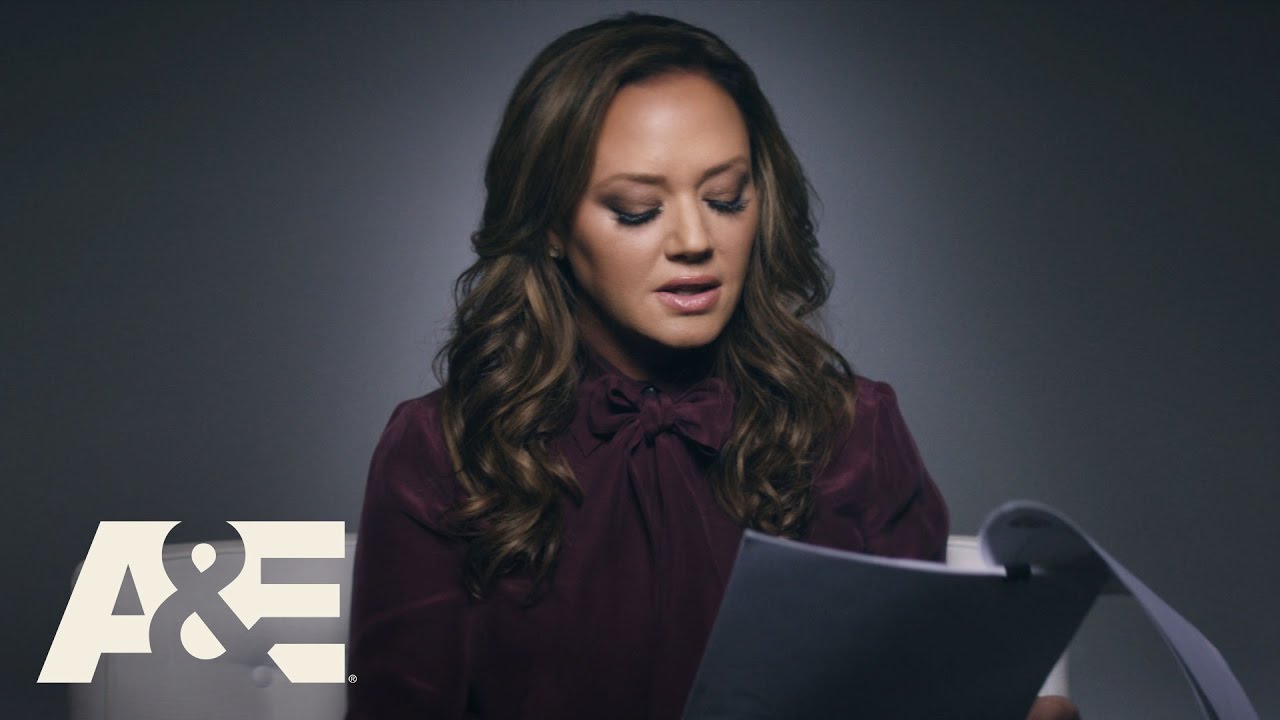 Leah Remini: Scientology and the Aftermath / Photo Credit: A&

Running for three seasons, it would be easy to dismiss Leah Remini: Scientology and the Aftermath as simply a collection of episodes from a woman who is disappointed that the religion she once followed has now left her behind. Delve into the show however, and it's hard to argue with many of the critiques she raises when discussing The Church of Scientology.

Each episode sees Remini and her co-host Mike Rinder investigate stories of alleged abuse and harassment experienced by those who have left the church, before speaking publicly about their experience. Scientology is a very private religion; those who practice it rarely speak in front of cameras to the wider media, and so when somebody who has been a part of that quits and then begins to speak out, things can get very nasty.

It's worth mentioning that The Church of Scientology were quick to dismiss the series and Remini, even establishing a website to land their own critiques on the structure of the show, as well as the participants. Watch the episodes, look at the evidence presented by both sides, and make your own mind up... 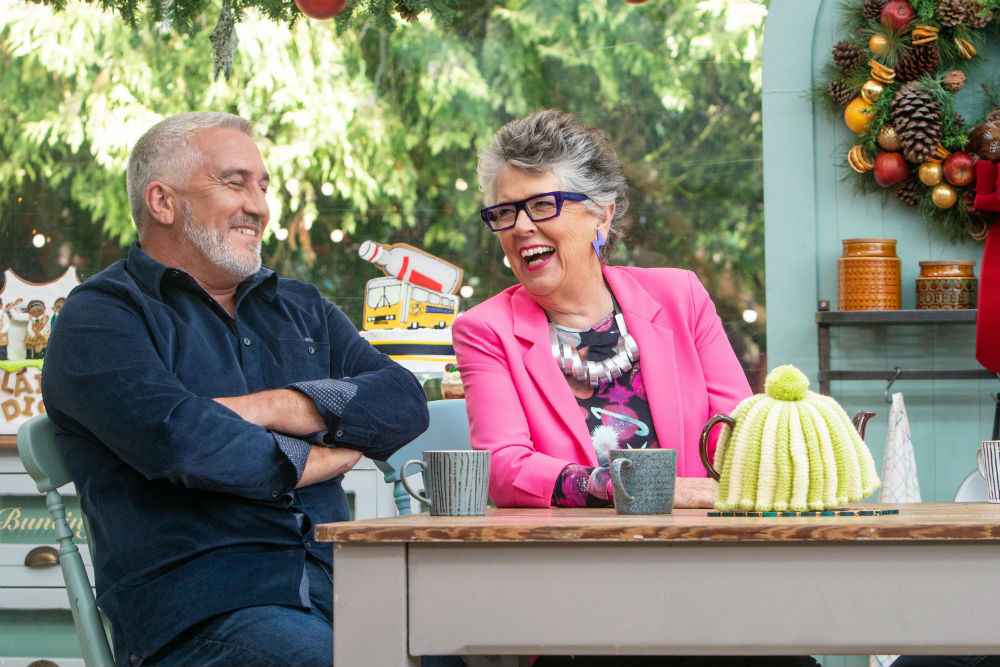 Despite its move from the BBC to Channel 4, The Great British Bake Off remains one of the most addictive and competitive shows on television, even taking the United States by storm. We no longer have Mary Berry making wise cracks, and she is sorely missed, as we'll never forget her naughtiness with baking puns, or emotional send-off at the end of every season she was a part of.

Some of the creations made in the Bake Off tent have been truly jaw-dropping. A lion made completely of bread left us open-mouthed, whilst winner Nadiya Hussain created a peacock from chocolate that had us all drooling. There have also been some highly-dramatic moments - who could forget the Baked Alaska meltdown that led to one contestant throwing their entire bake into the bin?

What Great British Bake Off has managed to do above all else however, is bring families together. This is a show people of all ages can enjoy together, before the watershed. It encourages us all to strive to try new things, compelling us to give it a go, even if we're not going to be the best. For that, the series has to be applauded. 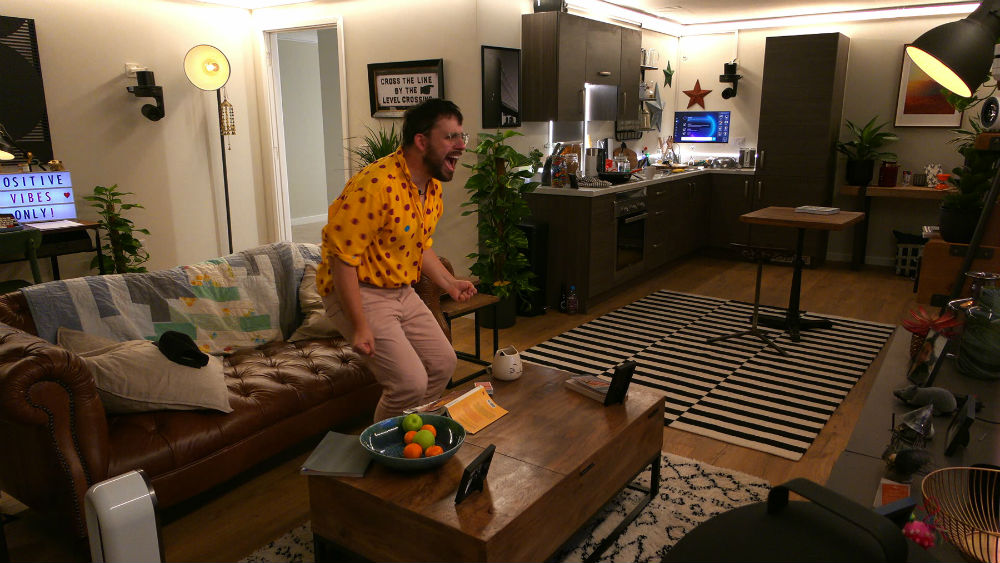 Though it's only two seasons deep, The Circle is one of the most ambitious and intriguing social experiments the world of reality TV has ever seen. Contestants are placed in apartments all within the same building, but are only allowed to communicate with one another through the titular social media platform. This means that they can be whoever they want to be - or play as themselves. Whatever their choice may be, they'll have to ensure they're popular amongst the group if they want to make it to the end and take home the cash prize.

To-date, we've seen a bulky male Scouser play a single mother with a young child; a young geeky lad use his girlfriend's pictures to create a sweet and innocent persona; and a whole lot of deceit. It's voyeuristic viewing, as we see those who have decided to be themselves taken in by people they think they can trust, whilst doubting the motives of others who are simply being honest.

In the New Year, the first American season of the show will debut on Netflix - and we can't wait to see what those in the States bring to this unique format. 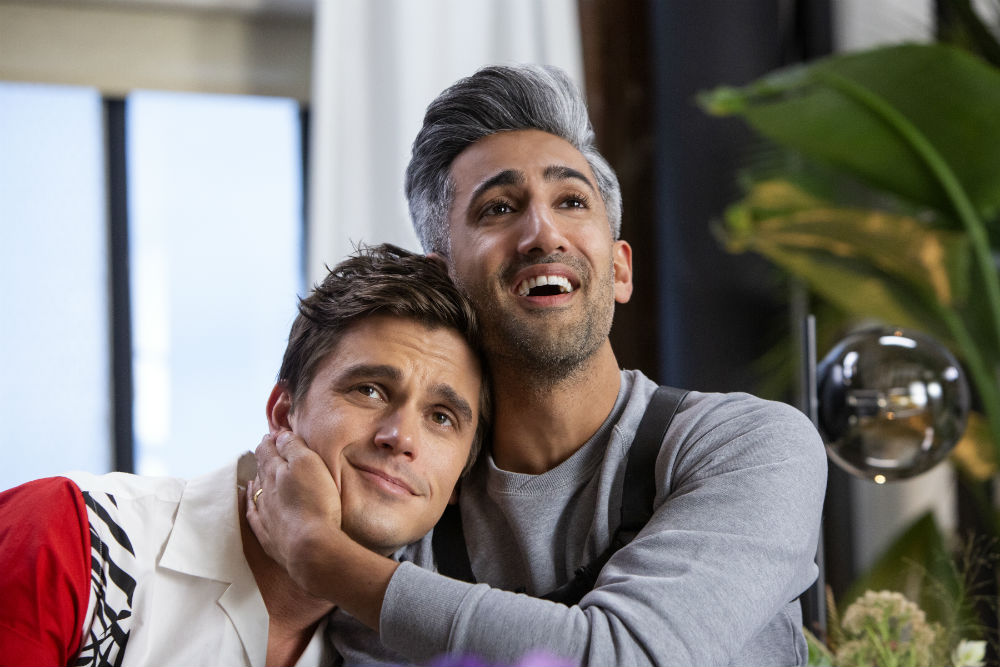 It's the reboot we never knew we wanted - Queer Eye! Antoni Porowski, Jonathan Van Ness, Tan France, Karamo Brown and Bobby Berk are the Fab Five, experts in different fields, that jump into the lives of candidates nominated by friends and family for a complete overhaul.

The show has been emotional throughout, as we see people of all different shapes and sizes learn to love themselves, and other people. Somewhere along the way, those taking part have lost their path in one regard or another, and the Fab Five are there to help set them back on the straight and narrow.

If you've never seen Queer Eye, get watching ASAP! Just make sure you have a box of tissues close, because you are 100% going to cry.

Love Island has undoubtedly changed the landscape of reality television forever. At a time when shows like Big Brother were falling rapidly in popularity, ITV swooped in and saved the genre of British reality TV. Sending stereotypically gorgeous singles to a sun-soaked villa for a holiday of flirty romance was only ever going to go one way, so to catch it all on camera and offer it up to the general public was a stroke of genius.

Genuine love stories have blossomed in the years we've seen youngsters couple up on Love Island, but there has also been a huge slab of drama to go alongside it all. Who can forget Curtis and Amy from 2019's season, who looked to be together for the long haul but eventually were pulled apart, when Curtis admitted his heart wasn't where he thought it was.

So long as ITV can get their aftercare programme in the best shape it can be, then we're excited to see just how Love Island evolves as a reality series in the coming years! The next dose comes earlier than usual in mid-January 2020, with winter Love Island, taking place in South Africa for the first time... 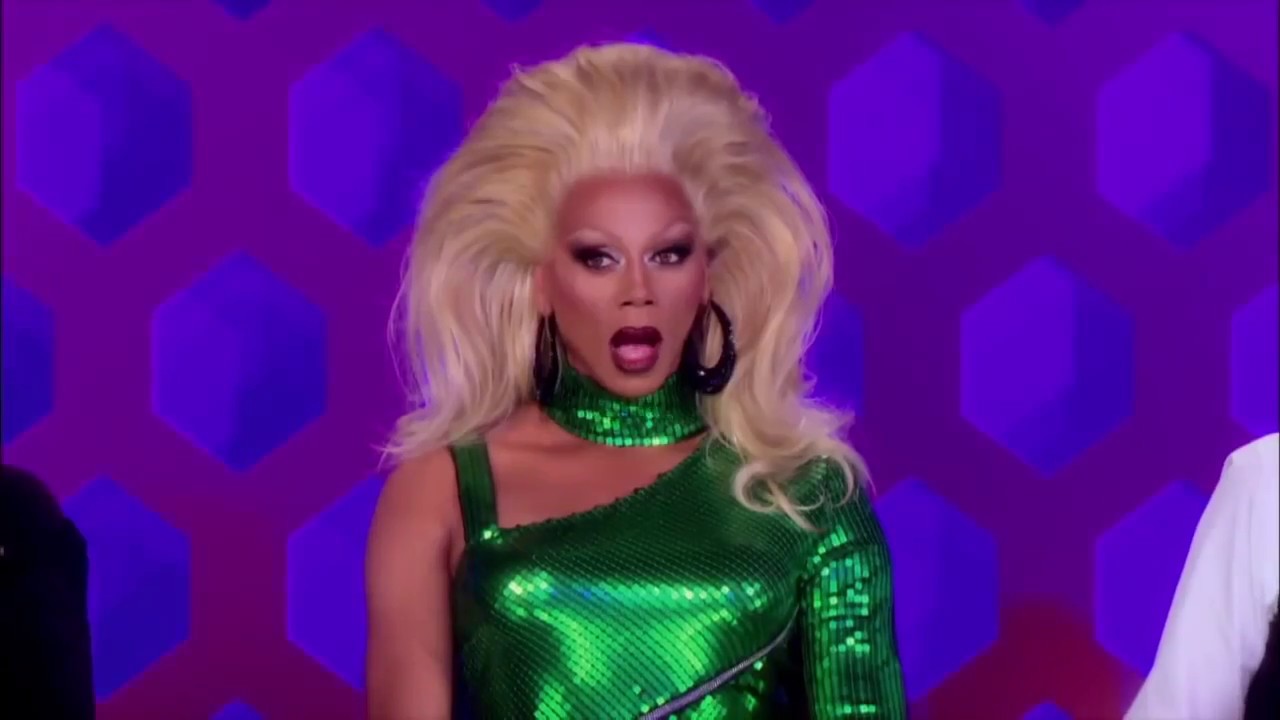 And so we make it to our number one spot, and who better to take the crown than Mama Ru herself? RuPaul's Drag Race has enjoyed the love of all types of people; obviously those who are a part of the LGBTQ+ community and liberals; but also those who may have in the past turned a blind eye to the struggles faced by the sorts of people who take part in the competition. The reality series has helped shine a light on those very struggles, all whilst entertaining us with some of the most stunning looks and performances in drag history.

As we're currently in a world that seems to progressively grow more right-wing politically with every passing day, it's important that shows such as RuPaul's Drag Race are continued to be given the opportunity to shine, and show a different part of the world. One that is accepting, still packed full of drama, but ultimately about lifting each other up. 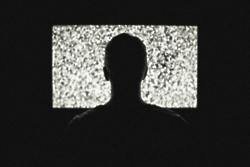 Can I be me? 18 years of reality TV - attractive, repelling, essential? 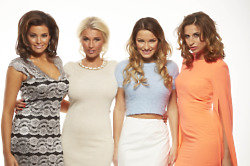 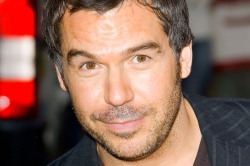 Reality Show Winners We Forgot About