A woman who should only ever be described as “Queen”.

There was a huge surprise in store for Latoya in last night’s edition of Big Brother Canada, as one of Season 9’s biggest players was taken down following an explosive week of game-playing.

We caught up with Latoya following her eviction to chat about her relationships inside the House, swerving Victoria when it came to say goodbye and more!

You’ve had a little bit of time now to reflect on your time in the House, so how would you say you found your Big Brother Canada experience?

I would say that my experience was short but fierce. I think that I made an impact, I made some big moves and I think I made my mark on Big Brother in the short time that I was there and I’m really proud of the way that I played.

It was unlike anything I expected; to be put into a pressure cooker and navigate my way around 13 strangers, build alliances, compete in competitions, eat slop; it was just a crazy ride.

We didn’t see you campaigning too hard to stay in the House, you were very straight-forward in your campaigning. Why did you go at it with that approach?

I went with that approach because I didn’t wanna switch up. I wasn’t gonna change my energy for anybody. I didn’t wanna kiss anybody’s ass and I think that me being a straight shooter, you know what you’re getting with me. I tell you you have my word, it means something. I thought that that would be an asset to people’s games because, everybody in the game is essentially lying all of the time and it would just be refreshing to have somebody in the House, where you know where they stand. That was kinda my pitch; I wanted to be easygoing, and I wasn’t gonna do anything more than I did.

Picking up on that straight shooter energy, one of my favourite moments was when Kyle pulled you aside to apologise and sat there expecting one back, and instead he got a ‘Nope!’

Were you confident in the end that you had the votes to stay?

I was pretty confident that I did have the votes, but I wasn’t surprised that I didn’t if that makes sense, because it’s Big Brother and everybody lies.

Early on when she [Victoria] put me up, I said to those boys [Tychon and Jedson], ‘Guys I think I’m the target, it doesn’t make any sense that Kiefer’s the target.’ So even though I thought I would be okay, I always knew there was a possibility that I would go home. I’m a realist, I know that’s the reality of the game, we can’t all win and we’re all gonna go home at some point and, I was mentally prepared for that possibility.

We saw you give Victoria a quick swerve on the way out of the House! How do you feel about her now, reflecting on the game?

I feel great about [doing] it. I didn’t necessarily want to hug Tina or Tera, but I wanted to make a point to pass over Victoria and let her know how I’m feeling and where we stand. We’re not cool! So I kinda needed to make a point without saying anything.

You said that her putting you up was a ‘jealousy thing’; can you elaborate a little bit on that?

It was completely a jealousy thing. Victoria made it very clear that she didn’t like that she came to me to form an alliance and I basically didn’t reciprocate that same energy. The boys [Tychon and Jedson] had told me that in speaking to her that, she’s basically jealous of me. She is mad that I don’t listen to her; she’s mad that I don’t kiss her ass; that I’m not basically being all buddy-buddy and friendly with her.

She wanted to get me out so that she could be the centre of attention, so that she could replace me and take my spot with those boys. It was an emotional move on her part. It had nothing to do with anything other than the fact that, she didn’t like that I was a strong, confident female who basically won over those guys, and [that] I was in such a strong alliance with them. I stand by that and I believe that it was strictly based on jealousy.

Looking back at Week One, you were pivotal in the Julie vote. What was your thinking in taking out Julie? Why did that have to happen?

I took out Julie because, one,  I did believe that Julie was the weakest link and at the time, we were on teams and we needed the strongest players on our team. She dropped her bucket after one top-up and I thought that was unacceptable when there were so many players still in the game. So automatically, you don’t have a lot to go off in the first week, but that was a determining factor for me.

Also, her social game was so good and, emotionally, people were getting really attached to her and I just saw the relationships that she was building and I thought, ‘this girl’s gonna be dangerous, if we don’t get her out now before these connections get even closer and tighter, we’re never gonna get her out.’

You clearly love this game and despite being out, you are great at it! Would you consider coming back for a future season if you were asked?

I’m not quite sure yet. I think I’m still decompressing, still absorbing it. I’m still trying to get back to reality, even trying to touch base with the BBCAN reality because now, I need to go and watch myself on TV and take myself in and so, I’m not quite sure yet. I think anything’s possible but I can’t really say for sure that I would or I wouldn’t.

Finally, make an early prediction! Who do you think has what it takes to get to that final two spot?

I think that Austin has what it takes. I think that she’s a great player; she’s a comp beast, socially she’s amazing, she’s well-liked, but I do want one of my guys to win! If Ty or Jed win, that’d make me really happy.

After being prematurely cancelled last year due to the coronavirus outbreak and subsequent global pandemic, reality series Big Brother Canada finally made its return this week, introducing its most diverse and arguably most exciting cast to-date... 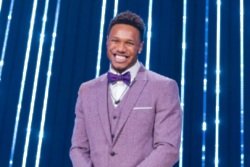 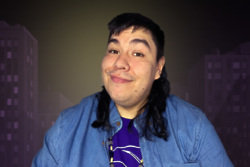 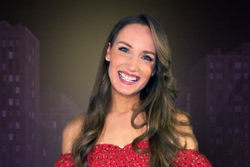