Following her eviction from the Big Brother house, we asked Kenaley to give her opinions on her former housemates who are still fighting it out for the £100,000 prize! Now she's had a chance to watch some of the show back, some of her responses may surprise you... 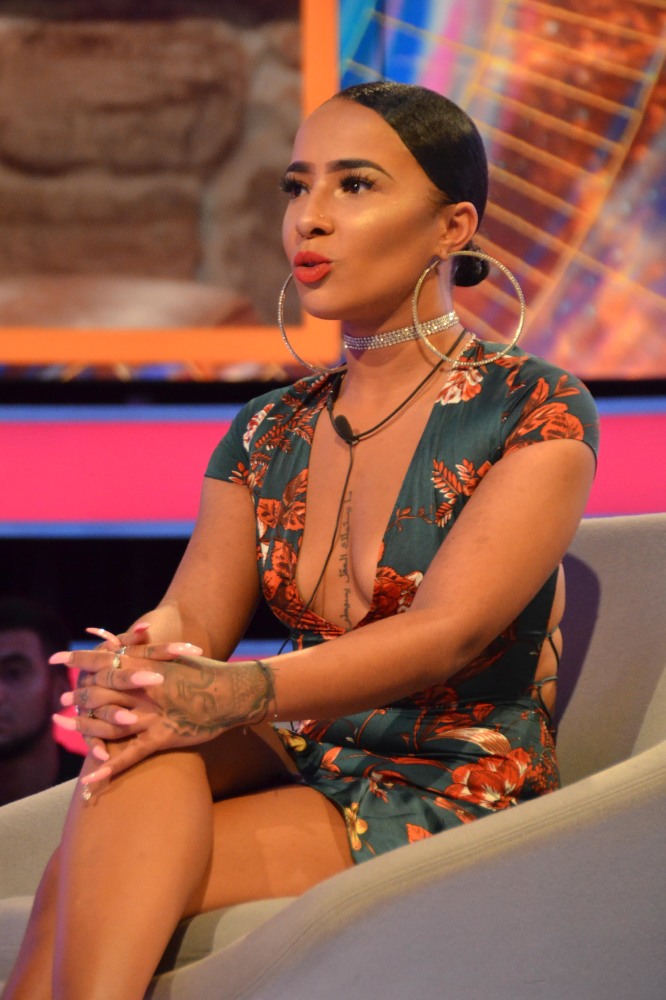 Sian - She’s beautiful inside and out. What you see is what you get with Sian. She’s loyal and says what she thinks. She speaks what’s on her mind and you know what you're getting with her.

Brooke - Brooke’s very wise and speaks a lot of sense. She a very open minded girl. She articulates herself really well. Brooke most definitely knows right from wrong.

Cian- Cian was the first person to ever make me feel comfortable in the house and he’s the same with everyone. He doesn’t always stand up for himself when he should. But boy! Does he know how to party!

Tomasz - I love Tomasz! He’s hilarious and caring. He’s been a topic of conversation in terms of game playing. He’s just ruthless and will go for what he can! In the Big Brother house it’s a dangerous word to use because you question if the person is genuine or not.

Akeem - He’s a good egg! He’s competitive and goes hard in terms of tasks! He’s caring and can most definitely stand up for himself when necessary!

Hussain - Some have said he’s arrogant and cocky. He’s a cool guy - he’s loyal and respecting of his family. C'mon he’s the “king”. Sometimes I think he’s misunderstood. You can’t take his jokes too seriously. Also he’s not afraid to say what he thinks and I respect him for that.

Isabella - She’s a sweet girl and she’s gorgeous too! She’s very genuine and easy to talk to. She can stand up for herself and makes her point heard. She’s a lovely girl until you cross her.

Lewis - He’s so fit! He has so much depth about him but can be very negative at times. Lewis has got beef with everyone and constantly has something to say!

Cameron - Cameron is effortlessly funny with his dry humour! He has been one to hold back from speaking how he truly feels and since I’ve come out the house I’ve seen him be somewhat two faced! It was so brave for him to come out the way he did - it was so hard for him but he did it. His family must be so proud and I was so grateful to be apart of him starting his best life.

Zoe - Since coming out the house and watching it from the outside I’ve seen some sides to Zoe that I don’t quite get. She sometimes has me questioning whether she’s genuine or not. It seems like since day one she hasn’t liked Sian but living in the house you wouldn’t believe [it]; she’s never voiced any issues she has with her. I think she may be playing a game.