Big Mouth Season 4 review: As hilarious, witty and important as ever

Excited to watch the newest season of Big Mouth? Or unsure whether to watch it at all? Check out this article all about, well, Big Mouth! 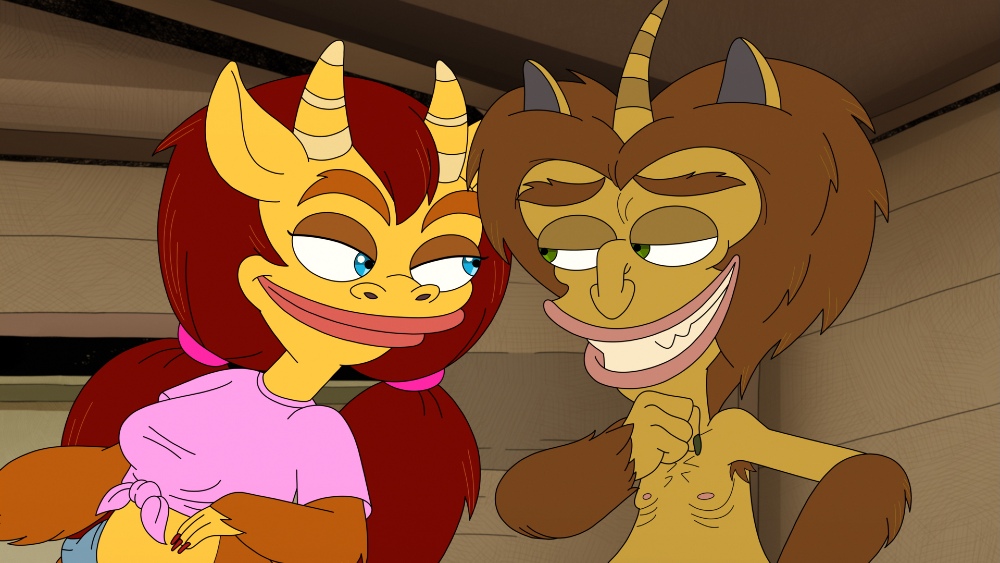 The series follows a group of teenagers on their journey through puberty – in cartoon form of course! We mainly follow Jessi (Jessi Klein), Nick (Nick Kroll), Andrew (John Mulaney), Jay (Jason Mantzoukas), there are also a handful of important side characters.

This show is star-studded regarding the cast, and the show is incredibly aware of keeping up-to-date with the shape of the world and events shaping the globe. Moves were made this season so that creators could keep on top of any controversies that may bubble over the surface.

For example, white actress Jenny Slate used to voice the character Missy, but quit to make room for black actress Ayo Edebiri ahead of season 5 to voice Missy, who is a black character. 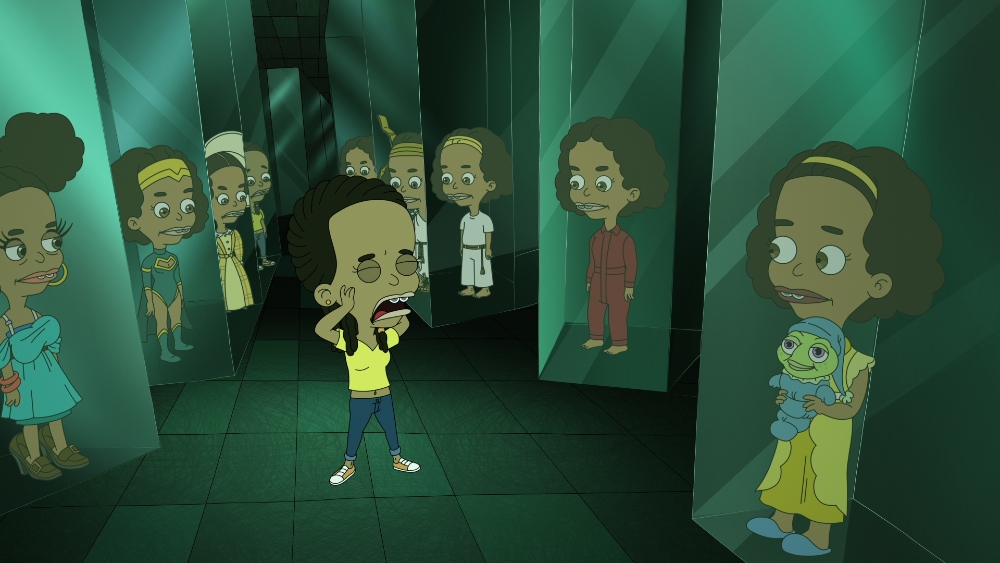 So, towards the end of Season 3 of Big Mouth; Nick kissed Missy even though Andrew had gone out with her not so long since, Jessi is forcibly moving to the city with her mom as her parents are now divorced, Missy feels heartbroken by some of the boys in her grade, and Nick and Andrew have fallen out – again.

Season 4 of Big Mouth defines the phrase ‘bigger and better’, as new characters join the cast, we see snippets of what the future may hold for the gang, and the show simply gets funnier and more self-aware.

There are a lot of changes for the characters in Season 4, which seemingly reflects the physical changes they are still going through. Jessi gets a boyfriend when she moves to the city – he’s a bit of a douche to be honest – and learns more about her sexuality, questioning if she even likes this guy, or if she is just acting out by skipping school with somebody older…

Jessi’s character seems to focus on depression and parental issues which can be a big part of puberty for some people, and it is so important that the show covers this in detail. 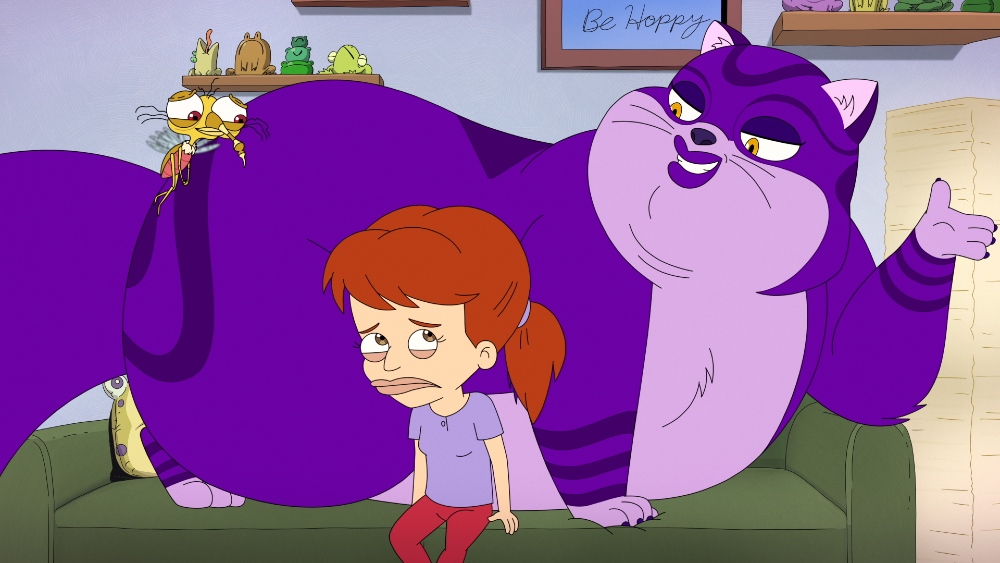 Nick and Andrew go through similar things, as they battle for girls and even friendship of other guys – for example Seth, voiced by Seth Rogan. Andrew drives a wedge between Nick and Seth at summer camp, who were already friends, and Nick is not happy.

Missy’s journey through Season 4 is a rather big one, she now wants to know more about her black heritage, since her mother is white and her father is black.

With all the deep and significant things the characters go through, you can be sure that there is no skimping on the comedy. Not one bit.

The main group themselves bounce off each other in quick and witty ways, making the show flow in the midst of all the issues they are facing – but we cannot discuss the genius comedy of this show without mentioning the hormone monsters. Yes, they’re back! 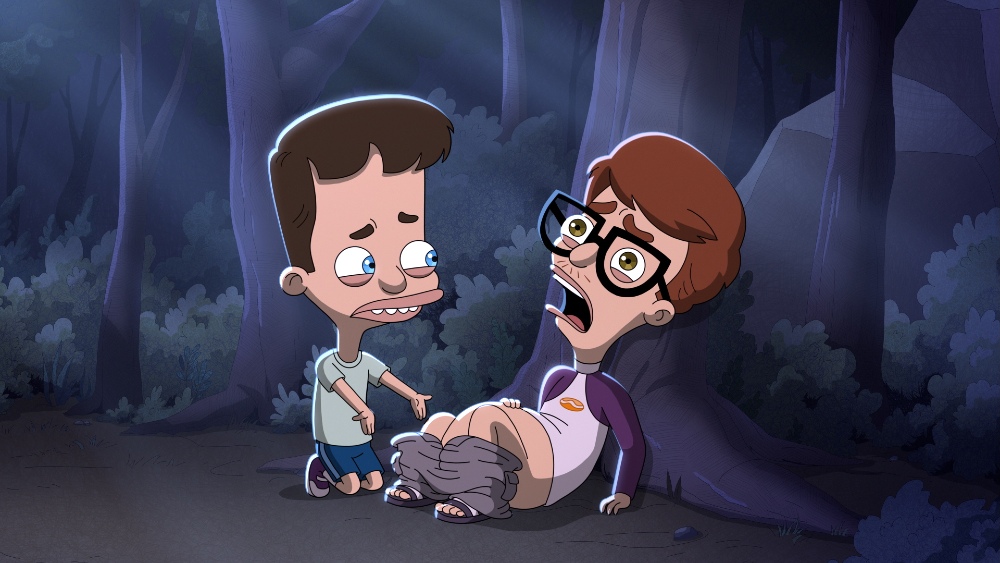 The kids each get a hormone monster to help them through puberty and get them to understand their bodies. Maury (also voiced by Nick Kroll) is Andrew and Matthew’s (Andrew Rannells) hormone monster – and he is the absolute life of the puberty party.

Maury’s character may be one of the best; his dirty jokes and gross ideas aren’t just dirty or just gross – almost everything that comes out of his ‘Big Mouth’ (ha) is pure comedy gold – it is very hard not to love him.

We can’t forget the hormone monstress, though. Connie (Maya Rudolph) is also utter perfection. She is Jessi’s (and Nick’s) hormone monstress and an absolute boss. Connie and Maury have their quips together which are a pleasure, but Connie is sassy, feisty and the perfect companion for puberty.

Each character highlights a specific part of puberty and what may happen during this time – while some characters share issues such as growing hair and sexual urges, the show lets each character have their time in the spotlight.

Matthew for example, is a wonderful character and an utter dry-humoured delight. In Season 4 we see that Matthew and his mother have unspoken knowledge that Matthew is gay – but when she finds out for definite she essentially tells him he will burn in Hell… 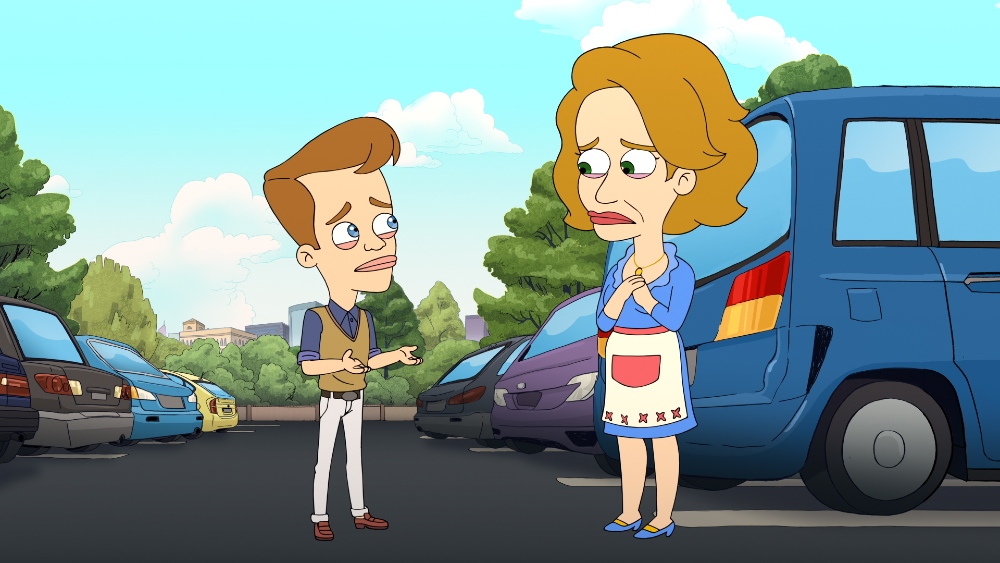 Matthew struggles to come to terms with his mother’s attitude – with help from Maury of course.

Missy goes through a wonderful journey of self-discovery and self-love, and Jessi battles depression and not being with her friends as she has moved to the city.

What this show does well is use different characters to highlight different issues such as depression that not everyone will face during their stages of growing up, but of course some people do, while using characters like Tito the anxiety mosquito (Maria Bamford) to demonstrate that nearly everyone goes through anxiety, as pretty much all members of the main cast see this insect.

Big Mouth is the perfect balance between comedy and wit, melancholy, and realism. The show is clever while breaking the fourth wall, with the use of imaginary characters to represent anxiety, depression, and the hormone monsters who help them through all these issues.

If you haven’t seen the show, do so immediately! All seasons of Big Mouth are on Netflix now!