Celebrity Big Brother: Meet The Eight Men Invading The Year Of The Woman

Wayne Sleep OBE and Shane Lynch are amongst those who have gone into this year's edition of Celebrity Big Brother.

Celebrity Big Brother continued last night with its second launch show, sending eight men into the infamous Channel 5 compound to level the field for this year’s Year of the Woman. Amongst them were a former The Apprentice star, a RuPaul’s Drag Race runner-up and an OBE recipient, so who exactly were they? We break down all of the men who are taking part in this year’s series of Celebrity Big Brother…

Best known for appearing on last year’s series of The Apprentice, Andrew was eventually fired by Lord Sugar because of his cheeky personality, which saw him swearing in front of a client.

Though he thinks he’ll be seen as “a bit of a joker, bit of a lothario,” Andrew does think he’ll get on with both men and women in the house. Is romance on the cards? We’ll have to wait and see…

This 33-year-old comedian has been in trouble in recent years thanks to a terrible “joke” he made during one of his live shows. Now hoping to start afresh, Daniel says his journey will start on Celebrity Big Brother after declaring in October 2017 that he was starting all over again.

As the father to seven girls and two boys, Ginuwine has had quite the experience of parenthood. At 47-years-old, he’s somebody who’s actually older than he looks, and is best known to music fans for his hit single ‘Pony’. Released back in 1996, it’s a constant hit on the dance floor and has to-date achieved huge multi-platinum success, even being sampled on a recent Rihanna hit.

“I am coming to win; I didn’t come here to lose,” the performer admitted. “This is really a platform for me to really step back out. I’ve been waiting for the correct time and the right time for me to do the proper thing and I believe it starts with Celebrity Big Brother.”

Talking about women, he said: “Women deserve to be put on a pedestal and seen for the great people that they are.”

At 54-years-old, the legendary John Barnes is a football hero, and somebody we never thought would go into the Celebrity Big Brother house! Having played for England 79 times and spending the majority of his career at Watford FC and Liverpool FC, you’d be hard pressed to find a footie fan who doesn’t know who this guy is.

Now retired from football and happily married to his second wife, John is the father of seven children and is seen as one of the best pundits and match analysts around.

Speaking about his time in the house, John predicted: “I think I’ll be an accommodating housemate but probably an argumentative one, and I’ll always take the side of the underdog.”

Though his time on Love Island saw him painted as a bit of a love rat, Jonny Mitchell hopes that going into the Celebrity Big Brother house will see his reputation pick up a bit. He thinks that feminism has gone a bit too far, as he knows some people who call themselves feminists but won’t split a bill, but says he’s extremely open-minded and flexible within his opinions.

At 26, he’s not got quite as much life experience as some of the other housemates, but says he’s not going into the house to challenge that or “rattle cages”. He added: “I don’t like people who just much around and annoy other people.” Good job Stephen Bear isn’t in this series, then! 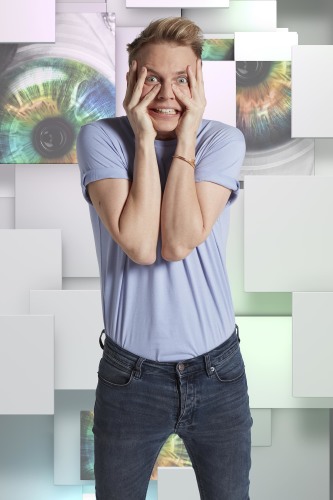 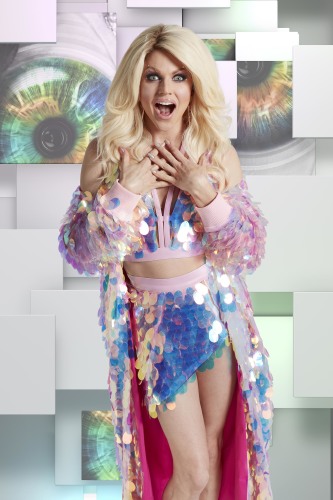 “I wouldn’t be mad if Big Brother became Big Sister,” says Shane Jenek, better known to fans across the globe as Australian drag queen Courtney Act. Having appeared on the likes of Australian Idol in the past, Courtney went on to star on the sixth series of RuPaul’s Drag Race, finishing in the runner-up position after losing out to comedy queen and now best friend Bianca Del Rio.

“I want to be an easy to get along with housemate,” says Shane. “I’m not the kind of person that is difficult for the sake of it but, also, I’m not going to stand by if someone tries to pull a stunt.” This should be an incredibly interesting few weeks!

This Irish pop sensation shot to fame thanks to his time in Boyzone, and has in the past appeared in a huge number of reality shows such as the celebrity version of Love Island and the brilliant Celebrity Masterchef. Now, he’s going to add Celebrity Big Brother to his list of experiences.

“I know plenty of people who have been in there and they have told me how amazing this experience is. I am an experience collector,” he explained. He added: “I would like to believe that I will be a really easy going housemate but when I have to step up to the plate, I know I can hold my own.”

As for the theme, Shane says he’s the type of guy “who is comfortable around women”.

“The more the merrier I say.”

Looking forward to the “fascinating” Celebrity Big Brother experience, Wayne Sleep has over the years had to overcome a slew of adversity because of his height, gender and sexuality all threatening to stand in his way. Whilst some may raise an eyebrow at his comments about gender, when he reveals that he was a part of the Royal Ballet School, which was predominantly made up of women, it all seems to make sense!

“I am looking forward to Celebrity Big Brother most, because I will meet other thespians and people I might never have met in my life and it will be very interesting [to] share stories with [them] about their careers,” he explained.

At 69-years-old, Wayne is one of the oldest members of the house and already has a friendship with fellow housemate and Corrie legend, Amanda Barrie. We can’t wait to see what he brings to the house…