Community Returns After A Rough Semester

Community returns tonight to American TV, but can the show get over the massive difficulties it’s had and keep being the funniest sitcom on American TV?

Community is a show that’s never really had an easy life, with the show never getting the ratings it deserves, but over the last year, all the show’s dirty laundry has been aired very publically. Firstly, it came in the shape of Chevy Chase, one of the seven major characters on the show, publically coming out against the show.

A voicemail that Chase left on show creator Dan Harmon’s phone was made public last spring, with the actor calling the show “just a f***ing mediocre sitcom” and claiming that the show “isn’t funny”.  Chase was unhappy about the show not using his brand of comedy as well as the editing on the show cutting down his screen time.

While Chase was announced to have left the cast last year, he will be in nearly all of the episodes of this upcoming fourth series. The truth is though, that this might actually help Community as a show, as it increasingly seemed ham-strung by the presence of Chase, with his character Pierce becoming more and more antagonistic and one-note.

Chase isn’t the only one leaving the show, as Dan Harmon himself was booted off the show by NBC despite being not only the show’s creator but also its show-runner and was heavily involved in all aspects of the show. That he’s set to have no creative input has sent many fans running for cover.

That he’s been replaced by David Guarascio and Moses Port may mean it’s not completely the end of the world though, as the duo are executive producers on Happy Endings, a show that’s quickly rising right up to the top of the comedy pile and shows much of the same weirdness as Community. The news that one of the shows best writers Megan Ganz was also leaving for the shores of Modern Family also filled the devout following’s minds with trepidation.

This was only made worse when it was announced that the series was only going to have a 13 episode series, as opposed to the standard 24 enjoyed by most sitcoms in America, it looked like doom and gloom for fans of the wacky comedy.

Just when fans of the show didn’t think that they could get any more bad news about the show, they were proved wrong, when the show was ripped from its scheduled slot in October without any concrete details. Later, it emerged that the show was going to start again in February, but this is just another massive hurdle for the show to jump over.

Not only has that meant that Community fans have had to wait another few months until they can return to the halls of Greendale, but also that this series is going to have a trio of horribly timed holiday episodes. It also shows the complete and utter lack of confidence that NBC has about the show, despite it being universally hailed as one of the finest comedies on TV.

There are reasons to be optimistic though. The rest of the cast remain as enthusiastic and committed as ever to the show and all of the writing staff apart from Harmon worked on season 4 (Ganz left after writing had finished), meaning that a huge amount of the energy that made the show great should still be on board, even if the mad genius isn’t captaining the ship.

Few shows have suffered as hard a twelve months as Community, but if the show can pull out of the other side without too many bruises, then it will be a massive accomplishment. Now all the show’s fans have to pray for is that a fifth season is ordered up, let alone the ‘six seasons and a movie’ that had become the rallying cry for the show’s devoted fans. It may take a miracle on current form. 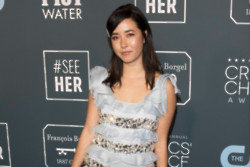 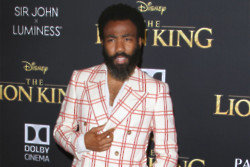 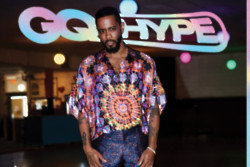 LaKeith Stanfield would 'rather not have attention' for his Atlanta role