Starting out in the surprisingly dainty and not-at-all showbiz green room, we're told by the brilliant tour guide assigned to us - Phil - that this is where the stars would come to relax between scenes and whilst learning their new scripts.

Pigeon holes for each of the stars, a kitchen area and sofas decorated the room, and it already felt a little strange to know this was just the beginning of a tour which would immerse us into the sets of one of the most famous streets and soap operas in the world.

Moving on we passed dressing rooms - one of which included a mattress on the floor for a Corrie star who obviously enjoyed catching up on their sleep at work - and walls adorned with pictures that threw back to some of the most memorable scenes throughout Corrie history.

Wardrobe was next up, and some memorable items were on display including Carla's wedding dress and some of Rita's fur coats.

A section for make-up had also been re-created for the purposes of the tour (as the usual make-up section was upstairs), where we were told men got around 10 minutes whilst women usually took between 30 and 45 minutes.

Then the magic really started to kick in, as we were taken to stage one, shown a short film including happy, sad, hilarious and iconic moments throughout the soap's run before being ushered into the area where Carla's old flat stands. 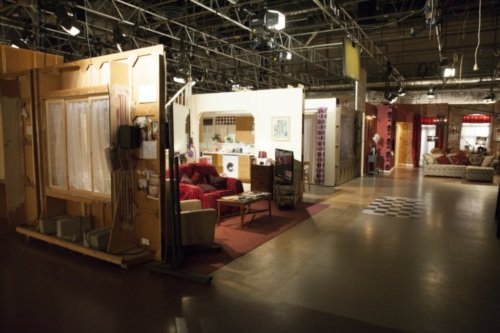 It's fantastic to be able to see where everything used to come together, but odd at the same time realising the small scale on which the rooms are built.

A nice added touch would have been to be allowed access into the different rooms - which included the Platt's and the Duckworth's (now the Dobb's) - perhaps for a photo opportunity, but because of the tight scheduling and amount of tours going on throughout the day it would prove impossible.

Underworld came next, and a minor note would be to extend the length of time at which we hear Mike Baldwin's booming voice shout commands over the factory, frequently interrupted our tour guide's chatter. 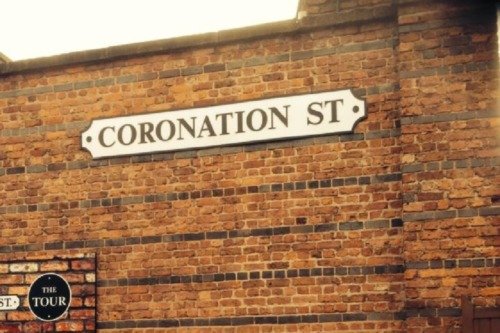 Before stepping foot in the next part of the tour - the famous Rovers Return - excitement was at an all-time high, and we had to wait just a moment whilst the group in front of us moved on.

"Good for him", I thought. Then the doors opened as the offender and her group left.

In here we got to sit in the booths and stand behind the bar, pulling a pint whilst having our photograph taken (which you could later purchase in the gift shop). It's one of the places on the tour you get to spend the most time in, and you feel great for it.

Looking around you wonder just how the stars managed to get through their days filming with the added heat of cameras and lighting - the temperature was beginning to rise with our bodies in there and so when we did eventually leave it was nice to again have some space.

Artefacts and objects including the ornament that Tracy Barlow used to murder Charlie Stubbs, and Roy Cropper's train set are next on the list to be seen, and Phil even jokingly pretended to throw some of the tram wreckage at us - completely made of foam and light as a feather. 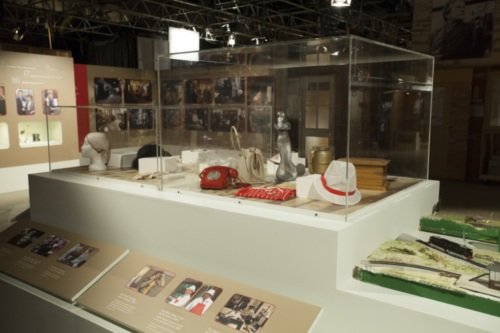 Rushed through the production suites which still hold the decorations from last year's Christmas party, we see Nick's Bistro foyer, which leaves a little to be desired, but it's not that which we're at this point focused on.

Behind our tour guide we can see a pair of double doors, and we know the famous cobbles are right behind them.

Pressing a button and telling us to have a great time, taking as many photos as we like whilst in the street, the doors opened and the opening credits tune played. It was camp and highly dramatic - absolutely perfect to end the tour with. 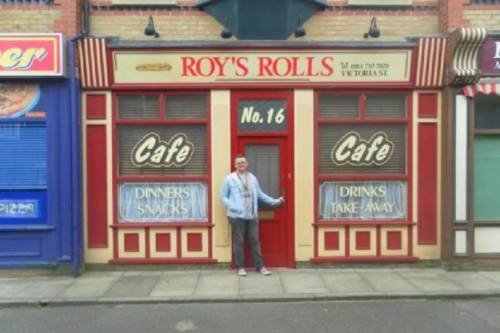 Once out on the Street, you're given as much time to look around as you like and encouraged to go down the ginnels and into Gail Platt's garden.

We said a big thank you to Phil before rushing off to pose in front of Roy's Rolls and Audrey's salon, and visitors even sprawled themselves out on the floor in front of the builder's yard balcony, emulating Tina's dramatic fall from episodes that aired just last week. 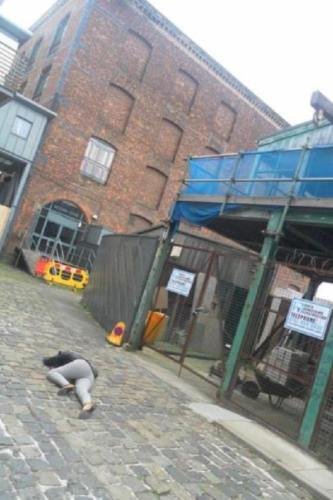 All in all the tour is a massive success. With a little more time and accessibility to some of the inside sets, and perhaps more photo opportunities inside it could be taken to the next level.

However, for fans of the soap it comes highly recommended. Get in there quickly, as when it closes on October 4, it's gone for good.

Tickets for the Coronation Street tour can be booked online at www.ticketmaster.co.uk 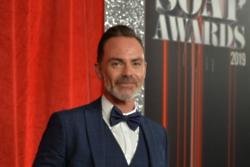