Damian Lewis - Past, Present And Future

Beginning his career back in 1993 as a stage actor for the Royal Shakespeare Company, Damian went from strength to strength and took his first on-screen credit in 'Rik Mayall Presents: Mickey Love' in the same year, where he starred as Clive.

2002 saw him take home the 'Best Actor - Series and Serials' award from the Biarritz International Festival of Audiovisual Programming for his performance as Major Richard Winters, in tv miniseries 'Band of Brothers', and 10 years on he landed an Emmy Award win for 'Outstanding Lead Actor in a Drama Series' for his portrayal in 'Homeland'. 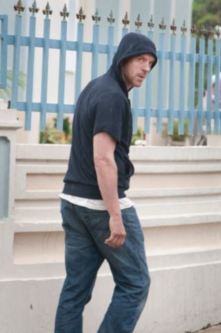 Earlier this year he managed to clinch the Golden Globe for 'Best Actor - Television Series Drama' and so looks set on further cementing his place in the industry.

Oddly enough, his 'Homeland' character wasn't supposed to make it past the season one finale and was originally planned to be killed off detonating a vest bomb, being saved only by the fan favourite relationship between Brody and Carrie Mathison - co-star Clare Danes'.

Now the British actor's hotly tipped to become the ninth James Bond, after admitting to Esquire magazine: "It would be wonderful. Daniel Craig is doing an amazing job and will continue for a bit.

He continued: "I'll cross that bridge when I get to it. Timing turns out to be everything."

Damian Lewis will star in season three of 'Homeland', which starts tomorrow, Sunday October 6 at 9pm on Channel 4.