Happy Doctor Who Day! Ranking the seven scariest monsters the Doctor's had to face... 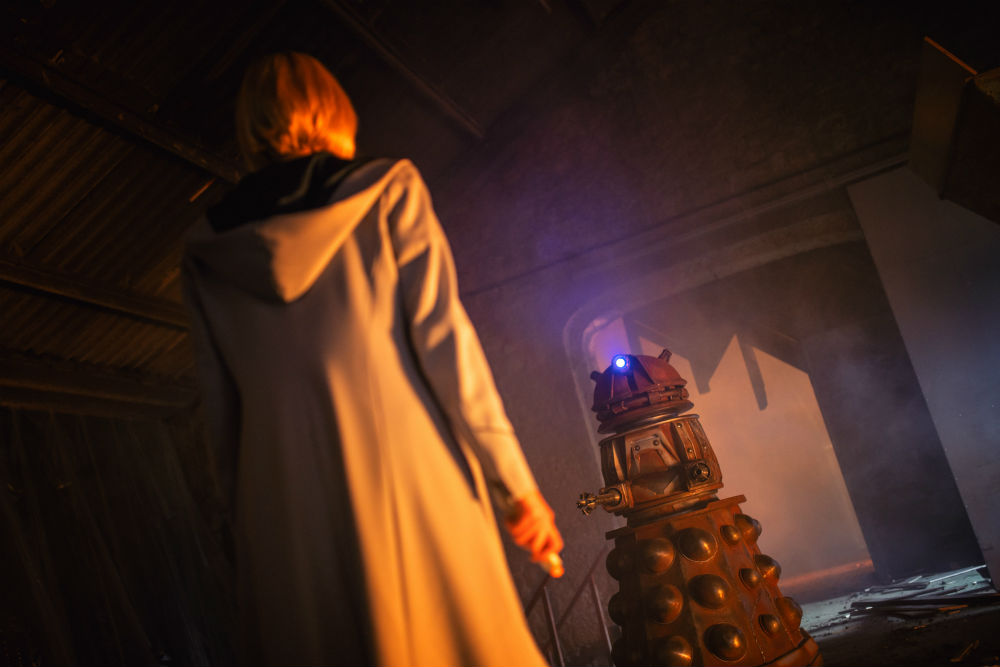 Jodie Whittaker as The Doctor, facing off against a Dalek in Doctor Who / Photo Credit: BBC/James Pardon

Today (November 23rd, 2019) marks the 56th anniversary since Doctor Who started, all the way back in 1963! With a brand new trailer for the upcoming second series starring Jodie Whittaker in the titular role releasing later today, we thought we'd celebrate by taking a look back at some of the scariest and most formidable monsters the Doctor has had to face in their time...

They're the most memorable villains in Doctor Who history, without a doubt, and whilst they just look like hunks of plastic with strange voices, their power is unmatched by many. Engineered by the scientist Davros, they've come to view themselves as the universe's supreme race, and are intent on purging the universe of all non-Dalek life. They're the greatest enemy of the Time Lord, but fall short when it comes to taking the Doctor down.

Some would say The Silence represent just how terrifying some religious orders can be in real life. In Doctor Who, they're a bunch of humanoids with alien-like characteristics, and first made their debut in the 2011 series, from Steven Moffat. With their existence a secret, due to causing anyone who sees them to immediately forget their experience once they look away, they have a commanding influence over human history.

As one of the few beings that the Doctor had no knowledge of at all upon their first interaction, the Midnight Entity quickly became one of the most dangerous monsters the Time Lord had faced. A shadow when it's not taking over a host body, the Midnight Entity is able to emulate the voice of its host, using them to tackle adversaries.

The Zygon are perhaps some of the most physically frightening monsters the Doctor Who universe has ever seen. They've got large, cone-shaped heads and skin covered in suckers, with deeply inset faces and gurgling whispers. They send a shiver down your spine upon first introduction, but fans are hoping they'll make regular returns in the future, because they had a huge impact their first time round!

Another race that has huge recognisability is The Cybermen. Persistent in their attempts to destroy the Doctor, they're emotionless cyborgs who convert humans into their own, and bring them into their ranks. They first appeared way back in 1966, and are still causing chaos for the Doctor to this day!

These artificial life forms are absolutely terrifying to behold. They look as though someone from the movie series The Purge has had their Purge mask morphed onto their face, for good. As life-sized plastic dummies, they walk around with deadly weapons that can go as far as vaporising their targets and, in their most recent Doctor Who appearance, they were shown to have evolved to the point where they can fool humans with fully lifelike replicas.

They've got some heavy competition, but the Weeping Angels are surely the scariest monsters the Doctor has ever had to face! Resembling stone statues, they hunt their victims whenever they're not observing by humans. The Doctor describes them as "the deadliest, most powerful, most malevolent life-form evolution has ever produced." Who are we to disagree?