Doctor Who is teaching kids all the important stuff

Demons of the Punjab is another educational episode.

It hasn't escaped most people's notice that the latest series of Doctor Who has turned out to be very different from the last few. Jodie Whittaker lends a more positive, resourceful and empathetic personality to the famous Time Lord, but it's the episodes themselves which are brimming with a newfound socio-political relevance. 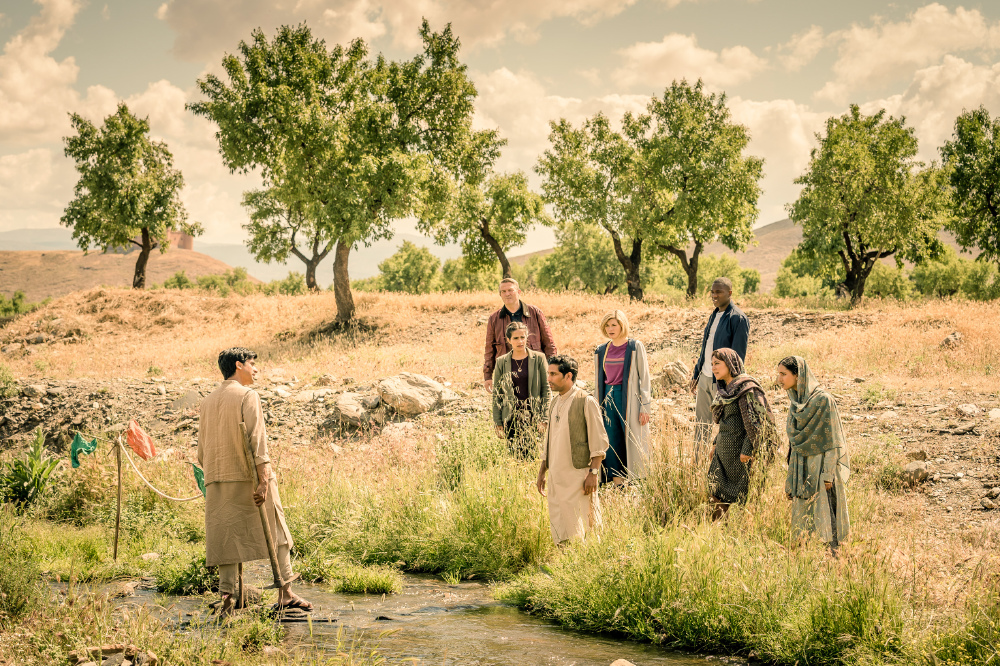 Cast of Doctor Who in Demons of the Punjab / Photo Credit: BBC Pictures

Last night's episode, Demons of the Punjab, saw the Doctor take Yaz to 1947 India to visit her grandmother, Umbreen, and find out what she's keeping from Yaz regarding her past. It isn't long before they realise they've arrived a day ahead of the Partition of India - that is, the separation of the country into Pakistan and India.

It's a hard-hitting episode to say the least. Yaz watches her Muslim grandmother become the first woman in Pakistan to be married, but her union with a Hindu man named Prem ends almost as soon as it begins when his brother Manish betrays him for the sake of Hindu nationalism.

Like the Rosa Parks episode, it's an accurate depiction of history in another part of the world. At a time where the world risks the progress it's already made in regards to acceptance and diversity, we're being reminded of the lengths human beings have gone in the past to segregate cultures - and the devastation it has then led to.

It sort of feels like Doctor Who is returning to its original child-centred demographic. Each episode has something to learn about whether it's the Civil Rights Movement (Rosa), particle accelerators (The Tsuranga Conundrum) or historical separatism. But while the stories are perhaps simpler and much less scary (so far), there's no sugar-coating the more true-to-life aspects of the plots.

Further evidence of a more politically responsible series (the term "politically correct" being far too awash with connotations of snobbish recalcitrance) can be seen in the strong and diverse role models it presents. We have a Muslim female police officer, a black dyspraxic man, a middle-aged grandad and, of course, the highly accomplished female alien engineer/scientist that is the Doctor. All of them escape stereotypes for their respective identities, which is massively important for the young girls and boys viewing it.

Doctor Who's new educational and inclusive tone might be criticised by some who call it an example of tokenism or forced inclusion (whatever that's supposed to mean), and believe that popular entertainment shouldn't be politicised, but when there are grown adults in the world spreading their out-of-touch, prejudiced ideas, it's important that children are exposed to the realities of what the human race is capable of if we've any hope for our future.