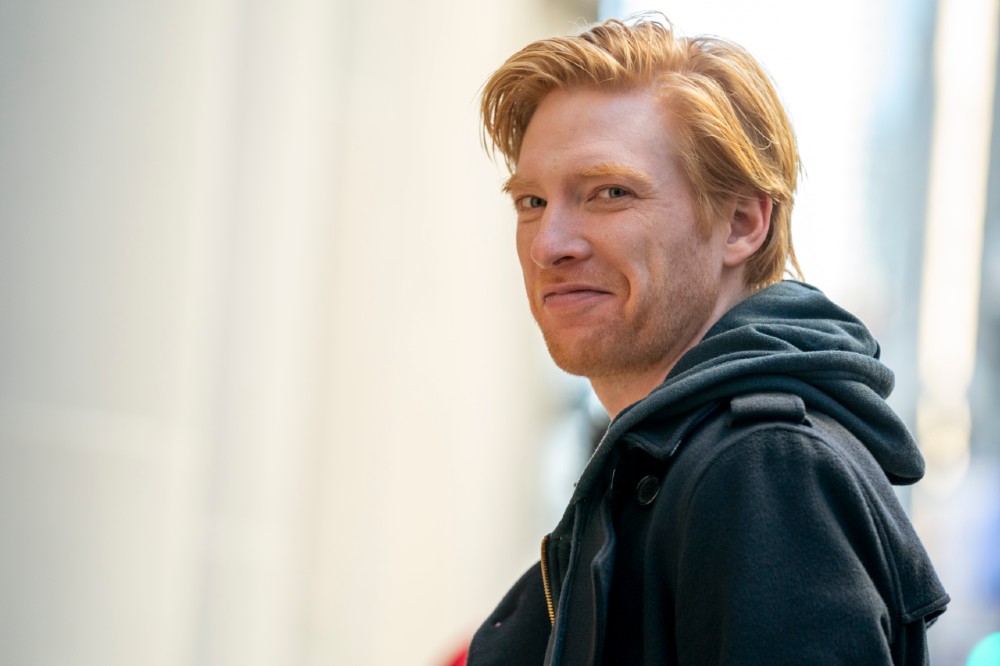 Domhnall Gleeson has got used to playing roles that forced him to away from using his native Irish accent, yet he insists he wouldn't have it any other way.

The Star Wars and Harry Potter star emerged from a family of Irish acting royalty as he stepped out of the shadow of his famous father Brendan and forged an award-winning career of his own, with the 36-year-old generally required to disguise his Irish roots when he appears on screen.

All that changes when he takes centre-stage in the gripping new Sky Comedy series Run, but he admits the challenge of stepping out of himself and becoming the character he plays is vital to helping him deliver his best performances.

"It was nice to not have to worry about the accent for a change in this role and remind people that I am Irish, but generally I prefer to do accents, as perverse as that sounds," he begins.

"An accent is a nice way into a character, I always think. An accent doesn't change anybody, but it does change the perception of them and the way the world treats them. I really enjoy the process of trying on an accent for size.

"Drilling the lines in an accent can be a valuable way of learning them and getting to know that personality. But it was a treat not to have to think about it for change. It's one less thing to get in the way.

"All I try to do is work with good, talented people on projects that are different to what I've done before. I feel like this ticks both boxes. It was great to do some more comedy after all the dramatic stuff. There was real joy in making it and I hope it's like that to watch too."

Run is a gripping story written and produced by Vicky Jones, with the assistance of Fleabag and Killing Eve co-creator Phoebe Waller-Bridge adding star quality to the star-studded ensemble.

Ruby Richardson (two-time Emmy Award winner Merritt Wever) walks away from her ordinary life in the suburbs to revisit her past with her college boyfriend, Billy Johnson, played by Gleeson.

The story is based around a pact made by the lead characters 17 years earlier: if either one of them texted the word "RUN" and the other replied with the same, they would drop everything and meet in Grand Central Station and travel across America together.

It is a compelling idea that has the audience gripped from its first moments to its last, and while his career has generally been focused on movies, Domhnall admits the lure of dipping his toe in TV waters was appealing as he looked to lighten the mood of his work. 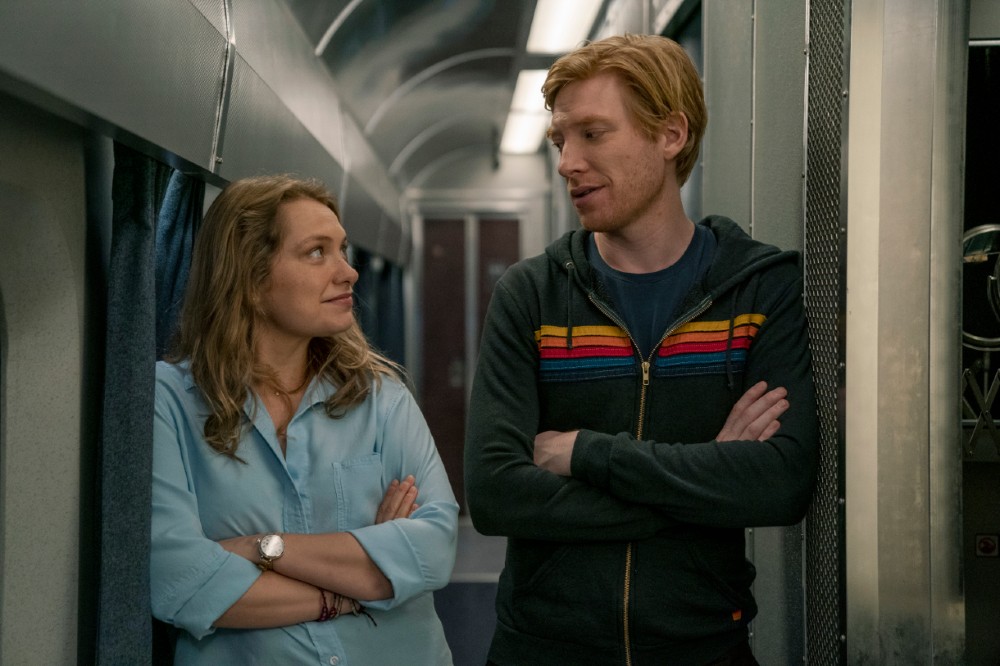 "I felt like doing something a little more light-hearted and my agent said actually, we've just gotten this script for TV," he recalls.

"I hadn't really thought about doing TV because I love movies, love the way they work and love the story being over in 90 minutes - I'm aware I'm in the minority on that, by the way! But I said OK, I'll read the script anyway. It was Run, and it was just incredible.

"I was already a massive fan of Phoebe Waller-Bridge and Vicky Jones, so I went to meet them about it and liked what they had to say about how the rest of the show would unfold. It was about love and it had endless possibilities. The chance to work with those brilliant people on something so funny, fresh and exciting was too good to pass up.

"It was also a great romantic story. The love of your life that you don't see any more, then suddenly you are reunited. That's always been a big theme in drama and storytelling. It's a very potent thing, especially when it's your first love as well. That adds a whole extra layer.

"It's a beautiful and interesting thing to talk about, no matter what age you are. Those realisations and conversations about shared experiences between Billy and Ruby are really lovely and they tell you a lot in the midst of this chaotic story. It explores their relationship in a really cool way."

The freedom enjoyed by the two lead characters in Run is even more appealing in these challenging times when we are all trying to find ways to amuse ourselves close to home, with Gleeson hoping the timing of this show's release will give a world told to sit on their sofas and stay at home something to smile about.

"I can't run anywhere at the moment, with the lockdown going on, but I understand the appeal of hopping on a train across America!" he adds with a smile.

"There are obviously far more important things happening in the world right now, but it might offer a nice bit of escapism. The stuff that attracted me to Run - the fact that it's different, funny, exciting and about love - are still reasons to watch it, whether you're in lockdown or not. I worked as hard as I could on it and I'm proud of it. I just hope that people like it. We'll wait and see.

"The basic idea behind this show is interesting and it takes a lot of guts to actually go through with it. I think everybody gets overwhelmed at times, worries about the choices they've made and feels they've made a prison for themselves.

"That's why I think that will resonate with a lot of people. I understand where Billy and Ruby are coming from, although I'm not sure I'd ever have the balls to do what they do."

Run is available on Sky Comedy and NOW TV.