With his perfectly preened pencil moustache and charming yet eerie Southern accent, James March is one of the scariest characters American Horror Story has brought to the small screen. He's not a clown with half of his jaw missing, or a deranged nun with the Devil inside her, but instead an ordinary enough human being who just happens to have a penchant for murder.

Evan Peters is the actor destined to step into this role - loosely based on elements of infamous serial killer H. H. Holmes - and it's clear that Peters is having fun taking up this mantle. It's something infinitely different to the three that have come before it, and though Murder House's Tate wasn't a good kid, he didn't harbour the same sort of evil that's rooted in Mr. March.

March built the Hotel Cortez primarily for one reason - to kill and get away with it. Putting together blueprints that include blind passageways and trapdoors, disposal chutes, torture chambers and walls lined with asbestos to mute any screams, he's a man of power whom we saw end his own life instead of face the justice system. Worryingly, he's perhaps the most 'real' of all the killers we've seen on the series to-date.

Speaking to Variety, Peters admitted: "There was one point, I won't say what part it was, but I was sitting there and there was a lot of blood and it was definitely an intense moment.

"I was sitting there and we were in between takes and I kind of stood there and said, 'Wow man. I've done five seasons and this is starting to really get to me. It's starting to get a little weird. I'm starting to see things a little differently. I think I've got to kind of step out for a minute and get back to reality because you become desensitised to it.'

"But at the end of the day, it's a TV show and you can separate the two and leave work at home. That's what's so cool about being with this crew and the same cast. That everybody sort of knows everybody so it's kind of like, 'wow, here we go again'. We're pretty much all insane and we're all kind of together on it making this crazy thing. It's nice to see friendly faces in such a crazy atmosphere so it's all good."

This season of course has also introduced us to Hypodermic Sally, a drug-fuelled ghost who appears to anybody staying at the hotel, and this week had stitched up a victim in the mattress of a bed before the opening titles had even rolled. Sarah Paulson is masterful in her portrayal, putting on an intense display of emotion when rejected from the fashion show taking place in Hotel Cortez, and developing a strong attachment in finding out what makes Detective John Lowe (Wes Bentley) really tick.

Trapped in the confines of the Hotel, Sally was punished for her junkie ways and murdered because of them. Ironically, she was dead by the end of episode one in Hotel, after her character survived in every other prior season.

Paulson is revelling in the fact that she's now finally allowed to play a selfish and nasty character, and her excitement in gaining the role is apparent whenever she's on-screen. It's great to see her messy and sloppy and drunk and high. It's not what we've come to expect from Paulson, so it really allows her to show off her acting chops. Couple that with the fact she was also at the time filming as Marcia Clark for American Crime Story, and you've got to applaud her for her tenacity.

In all this season of American Horror Story is shaping up to be one of the best. There are genuinely chilling frights every few moments and some of the best acting displays the small screen has seen in recent times.

American Horror Story: Hotel continues Wednesdays on FX in the US, and comes to FOX in the UK on October 20. 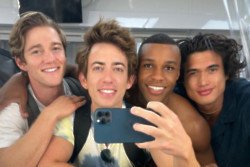 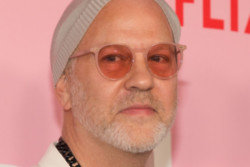