Did your least favourite TV series make the cut?

Over halfway through the year, it’s easy to forget all of the new television shows that have tried to reel in the viewers, only to fall flat on their faces. With that in mind, we’ve taken a look back and picked out our 5 Worst TV Shows Of 2017 So Far…

It took nine episodes of plunging ratings and dreadful reviews for NBC to decide enough was enough, letting the axe fall on what sounded like it could be a brilliant new take on the superhero genre in Powerless. It was the series that would relaunch Vanessa Hudgens career as a leading lady, but the content she was given to work with just didn’t live up to expectations in the slightest. In a world where television is beginning to become as dominated with superheroes as the movie world (think Arrow, Jessica Jones, Daredevil etc.), you have to deliver brilliance immediately upon arrival. There’s no room for a slow burner.

Speaking of superheroes, Marvel’s collaboration with Netflix – which once looked completely unstoppable – hit a wall with Iron Fist. Dull throughout with only a handful of action-packed scenes, Iron Fist did everything it wasn’t supposed to do and avoided what everybody had hoped for when it made its debut. That’s not to say the cast were terrible – Jessica Henwick for example was a brilliant addition to the Marvel TV universe – but lazy writing let this one down. Let’s hope Danny Rand can make a better impression later this year when he teams up with his fellow Defenders…

Here’s another show that held a lot of promise on NBC, but lasted just one season following some exhausting and repetitive storytelling. Hype before its debut saw Emerald City compared to Game of Thrones, but those who tuned in saw right away that it took all of the parts of episodes from GoT that many complain about, turned them up to 11 and added some glitzy backdrops. A good looking show that was wasted, and one that will now never see another season.

With Chicago Fire, Chicago PD and Chicago Med such wonderful successes, we all assumed that Chicago Justice – taking place in the same universe – would follow in the same vein. Dick Wolf is an incredible writer, but this show just didn’t click on the same level that his prior three had done. An NBC show that should have had every chance to succeed, but one that bored so many people that it’s already been axed by the network. The TV world is brutal.

Though this series has at least been renewed for a second season, it’s said to thankfully be going through a major reboot, with Clive Standen one of the only surviving factors, playing a young Bryan Mills. Serving as a prequel for the hugely successful Taken film franchise, the show is executive produced by the movie’s producer and writer Luc Besson. With that in mind, we should expect only the best, but as Mills is recruited by the CIA following the death of a loved one, we discover his origin story isn’t quite as exciting as the one we’ve already seen take place. 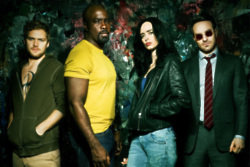 Iron Fist Will Mature In The Defenders 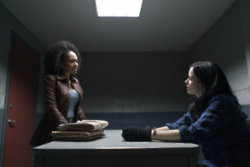 See The First Official Trailer For Marvel’s The Defenders