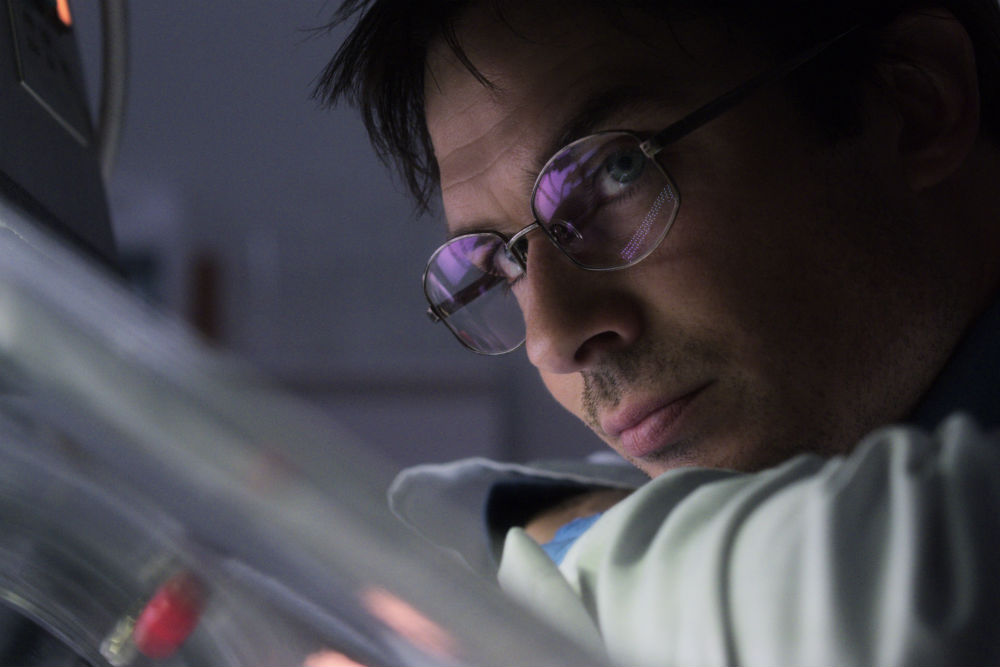 Based on the comic series of the same name by Jonathan Maberry, upcoming Netflix original series V Wars follows Dr. Luther Swann (Ian Somerhalder), who is forced to go up against an ancient disease which breaks out into modern-day society. When his best friend Michael Fayne (Adrian Holmes) falls sick, Dr. Swann is determined to find some sort of cure and bring him back from the brink, hoping to avoid escalation and a war between humans and the infected vampires by doing so.

It's a complicated story, and one that Somerhalder himself (who serves as a producer on the series as well as starring in the lead role, and directing an episode) told us serves up some "pretty harsh and pretty crazy questions".

Speaking about how the outbreak in the series comes about because of climate change and the melting of ice, Somerhalder explains: "Working in the climate space as a climate activist, one thing I’ve learned - one of the many things I’ve learned but a really important thing I’ve learned is that - the climate crisis has been so in the background for so many years; it’s now coming into the foreground of society and conversation, and by virtue of the fact this story spawns from that, I thought [it] was very powerful.

"You’re not bludgeoning the audience over the head with what some would consider some crazy liberal hoopla; it’s actually happening in our society right now."

He continues: "The scientific community is now coming out with article after article after article every month, talking about how the ice recedes, whether it’s glacial or permafrost that’s melting; the stuff that’s buried down there? We have no idea what that stuff is and what it means for us, and as that ice melts, the stuff that’s been safely stored in there – the viruses, bacteria, all that biomass, pathogens, things that we haven’t had to contend with literally since we were in caves, or indeed ever – is going to be coming to the surface. 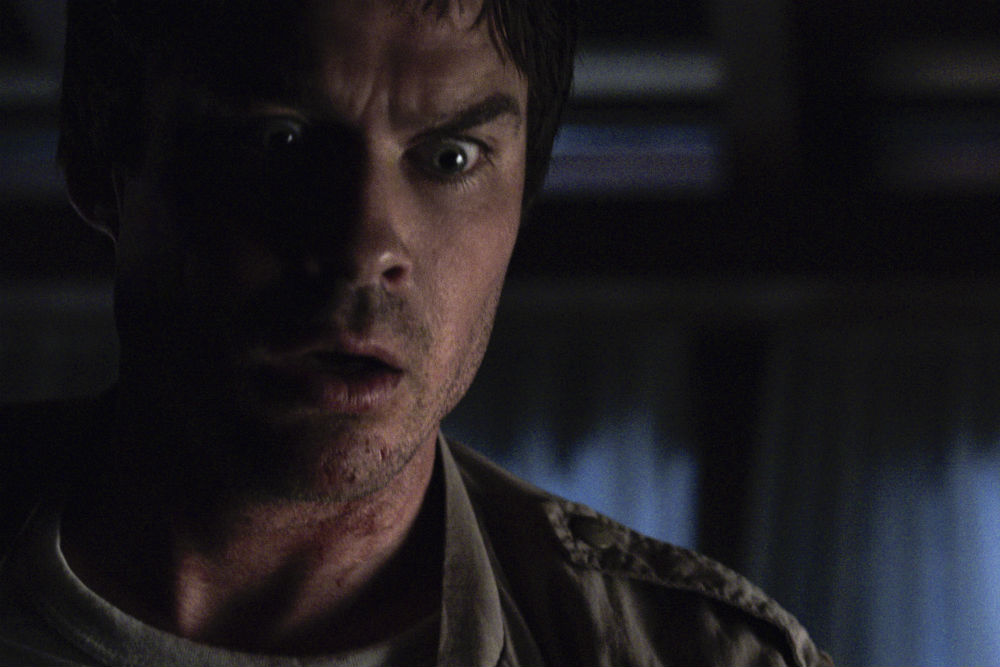 As for the even wider picture, of telling stories from a bunch of different people who viewers of unique backgrounds should be able to relate to, Somerhalder was extremely honest in his approach to making sure things were done right on the set, and will continue to be done right for any future commissioned seasons.

"Jonathan Maberry [the comic creator] is so smart, the perspectives of these books – there’s five books plus the comics, so that’s an immense amount of awesome IP for us to pull from – and as far as perspective goes, we want to tell unique stories from different perspectives, but what does he [Maberry] know about being a native American girl or being a Latina girl in a border camp?" Somerhalder asks. "

Nothing, so putting together these writers and and editing them, allowing them to flow... and using a bit of connective tissue to tie them all up; that is to me such a fun and awesome way of storytelling and again, because this show is global, it’s Netflix, we’re here to tell unique stories all over the world, and that is what is so incredible."

On a personal level, the actor opened up about becoming a father in his real life, and how working on screen for the first time since parenthood really allowed him to see the change he could bring to his roles.

"You know, this is the first time I have been on screen as a parent [in my real life]; as a Dad at home. So being up at five or six in the morning and seeing my tiny little sleeping baby, and then being on set and having Kyle [Breitkopf] my [on screen] son on set. I love kids so much, they’re so fun to be around and so unique in their perspective. For Swann, it was really amazing for me as an actor to be on set as a Dad; it just changes your entire way of acting – not only your outlook on life but your entire day as an actor. It’s just a much deeper experience." 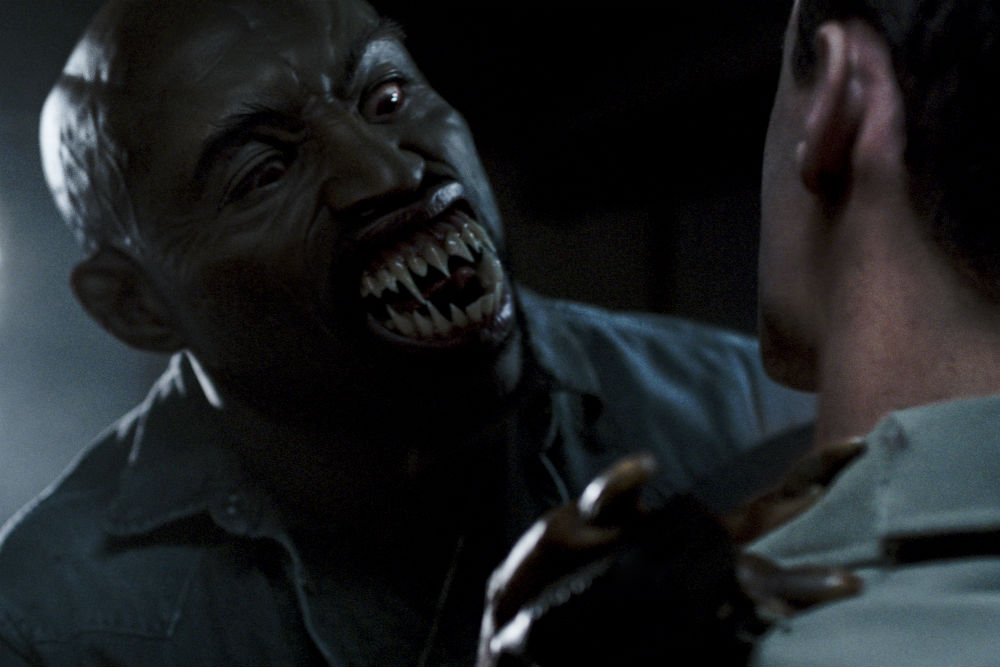 Adrian Holmes takes on the role of Michael Fayne who clearly has some issues... / Photo Credit: Netflix

So, why should we bother watching V Wars?

"Look, here’s the thing," Somerhalder begins. "This genre is such an awesome genre. It’s got so many legs and it keeps coming back, and the thing is, I got to be a part of it for a long time in a very awesome and global way [in The Vampire Diaries].

"We knew we had something special here once we finished shooting the show, but we needed some more time to really give Luther a very powerful arc and transformation, and keep these creatures dialled in, and that’s the beauty of working with Netflix – I’m so grateful to Netflix and IDW Entertainment for that time.

"I love the genre, I love this character – he’s a scientist, a great dad, a great husband – and he’s going to go from being a nice normal dude, to pretty extreme circumstances, and going down that journey with him was something that was really awesome, and I hope and think that an audience will follow Luther. Season 1 sets up the world – I wanna get into a Season 2, to really expand it and blow it out of the water, and make it that really cool, dynamic, socially-relevant and quite controversial show that I know it can be."

We're sold! Are you?

V Wars Season 1 comes to Netflix in its entirety for subscribers to stream on Thursday, December 5th, 2019.