Are The Kardashian’s The Worst Role Models On TV?

The Kardashian family is one of the biggest success stories of the last decade, as this family has gone from obscurity to worldwide fame over the last few years and now have one of the most powerful names in entertainment.

Can someone in the comments please describe to me one talent of the Kardashian family? Can any member of the family sing, ballet dance, design beautiful works of art or write a great poem? No, they can’t. Belching the alphabet would be an improvement.

Yet still they have countless television shows about them, millions coming in every year and every company in the world seemingly wanting to get their faces and names on to their products? But why?

Last year MMA fighter Ronda Rousey caused headlines when she publically said that she’d like to knock out Kim Kardashian at an ESPN event. She then was inundated with chat show requests offering her a chance to explain and apologise. Instead, she just re-iterated why she felt that strongly and made a really salient set of points.

No matter your opinion of her, you have to say she raises a good point. While other reality stars are mocked in the media for having little to no talent, Kim and the rest of the Kardashian family are being hailed as superstars and something to aspire too. Snooki is the butt of jokes, yet Kim, Kourtney, Kendall and co are not.

Recently the news came out that both Kim and Khloe have signed new contracts upping their wages on the reality show for as long as they’re pregnant. Effectively, the two are pimping out their children before they’re even out of the womb. They’ve learnt well from their ‘momager’ it seems.

May we also remember that Kim is still a married woman. Although to call her matrimony to basketball player Chris Humphries a marriage is to almost sully the name of the institution, it still means that she’s simply having a very public affair with Kanye West.

He has on more than one occasion publically turned down a fortune to agree to a divorce, saying that all he wants is an annulment and public statement that the marriage was a sham. That’s it, he doesn’t want a penny from it, just an admission of intent.

Many singers, actors and other talented people never get the attention that their gifts deserve. The Kardashians have built an empire off of one of their children being pretty and getting involved in a sex tape scandal with a C-list rapper.

What does this tell the youth of today? Don’t bother studying, don’t bother perfecting a skill you have, just make a smutty video and you’ll get a camera crew following your every move and millions in the bank.

The American government is taking the world of videogames to task after the recent spate of shootings, but no-one is looking at the effect that the Kardashian family is having on the world. 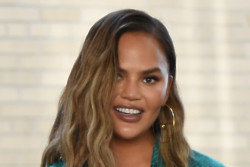 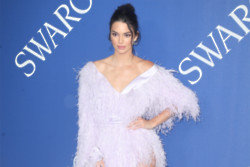 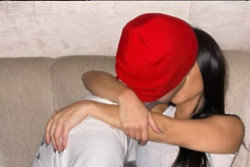