“When you are doing a high budget drama, everything is very serious and there are not a lot of laughs, but this was totally the opposite of that." 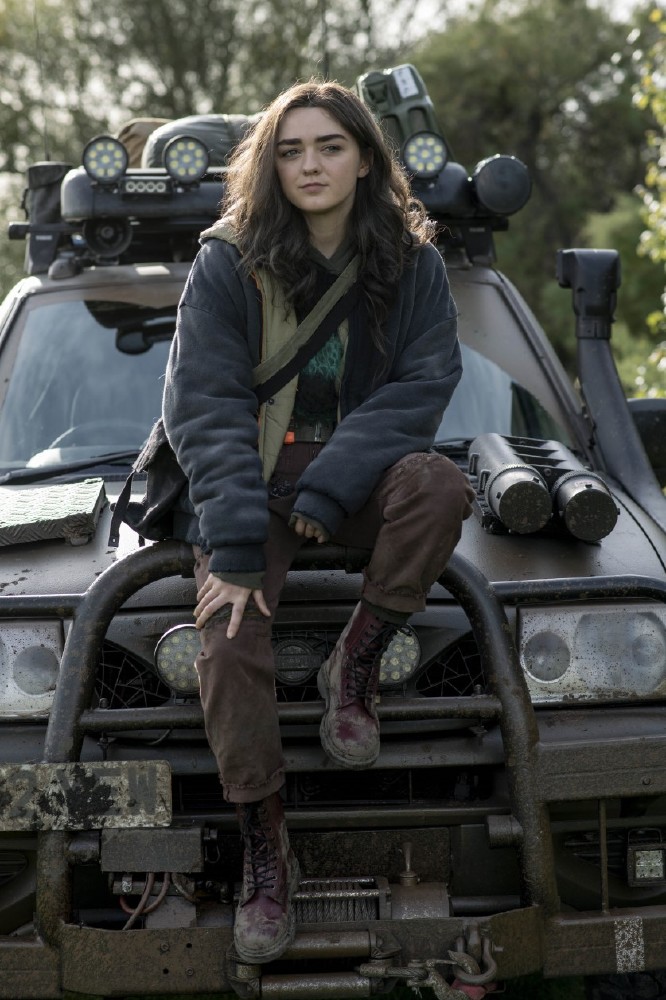 Maisie Williams admits she suffered from withdrawal symptoms as she walked off the Belfast set of Game of Thrones for the last time, but now she is ready to launch her career in a whole new direction.

Williams has just become a teenager when she made her acting debut in 2011 on the grandest of TV stages playing the role of Arya Stark in Game of Thrones, instantly making an impression and going on to appear in 59 episodes of the HBO blockbuster series.

The finale of one of the biggest TV shows of all-time last year left long-standing members of the cast facing the huge challenge of remoulding careers that will forever be associated with the cult of GoT, with Williams telling FemaleFirst at the Sky UpNext event in London that her final days on the set of the show were emotional.

“We all knew it was coming to an end, but that didn’t make it any easier when it was finished,” she began. “There were a lot of tears on the set, we did speeches some people were inconsolable, but it had to end and we all have to get on with our careers now.

“I’ll always be grateful for the opportunity I had in the show. We all know what it meant to a lot of people and while we were all sad when it was over, it is time to do something else now.”

Williams has wasted little time in shifting her career in a very different direction, as she is set to star in a new Sky One comedy playing the role of a young misfit who was just a little girl when her father died in murky circumstances.

“I was very excited to jump into something that was the polar opposite of Game Of Thrones and I had the best time doing it,” she told us of a show entitled Two Weeks To Live. “We are proud of our lovely show and I can’t wait for people to watch it.

“There are similarities to my character in this show and Arya Stark, but there is a very different vibe for me about this show.

“When you are doing a high budget drama, everything is very serious and there are not a lot of laughs, but this was totally the opposite of that. Here, I needed to take the Micky out of myself and just let go and I feel like I leapt over a wall to do that.

"I wanted a new challenge. Working with a comedy director, with a great comedy actress like Sian Clifford, who is just the funniest woman on this earth, and testing myself and stretching my boundaries. It was a great experience and I loved every minute of it."

Maisie’s co-star in Two Weeks To Live is also trying to follow up a huge smash-hit show, with Fleabag star Sian Clifford admitting the challenge of changing direction after appearing in an iconic show is not easy.

“Maisie and I were both really excited to work together and step away from our recent shows that were thankfully successful for both of us,” Clifford told us.

“Every project is different and has its merits. We may never be lucky enough to be in shows that are as big as Fleabag or Game Of Thrones again, but there will be other shows that be joyful for other reasons.

“I was a huge Game Of Thrones fan and Maisie is one of the reasons why I took this job and it was a great decision. It has been an absolute delight to work with her.

“The producers kept us both in the creative process and that was a real thrill for us, so I hope people love this. It’s a wold ride, bloody silly and light-hearted and I just love it.

“Maisie is a little devil, you know. She might look all sweet and innocent on screen, but she is great fun to be around and I hope the chemistry I felt we had together come across on screen.”

Two Weeks To Live is part of Sky’s biggest ever year of original comedy and drama, with all six episodes available later this year. 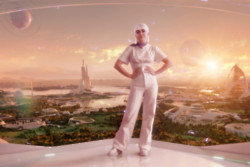