There’s a stunning new cast ready to fight for the crown! 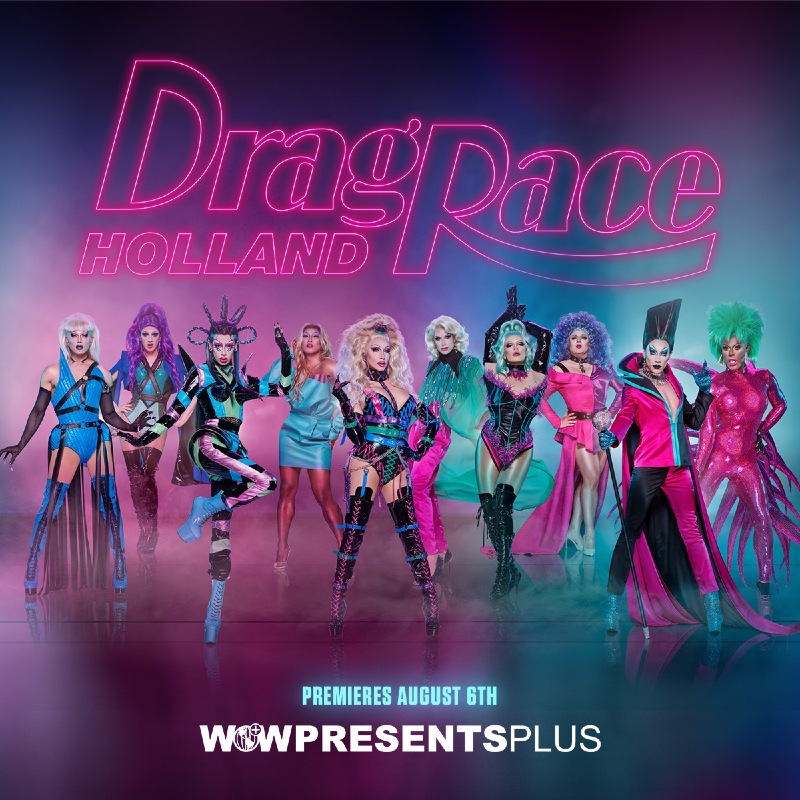 Not only have we now got a premiere date for the second season of Drag Race Holland, but the 10 queens fighting it out in some of the most campy and ridiculously entertaining reality TV competitions have been revealed!

So, without further ado, let’s meet the cast of Drag Race Holland Season 2! 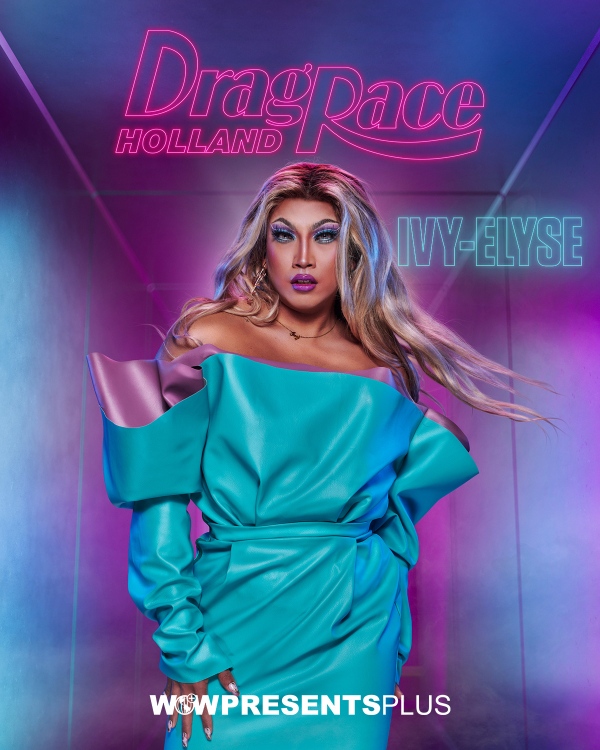 As one of the Asian queens in the Dutch drag scene, Ivy-Elyse is hoping to be a shining example of excellence not just for the Netherlands, but the Asian community. With sharp claws, she's an animal up on the stage and is one third of The Mermaid Mansion, alongside former Drag Race Holland finalists Envy Peru and Miss Abby OMG. Promising performances that'll leave us gagged, will she be able to go a step further than her sisters and snatch the crown? 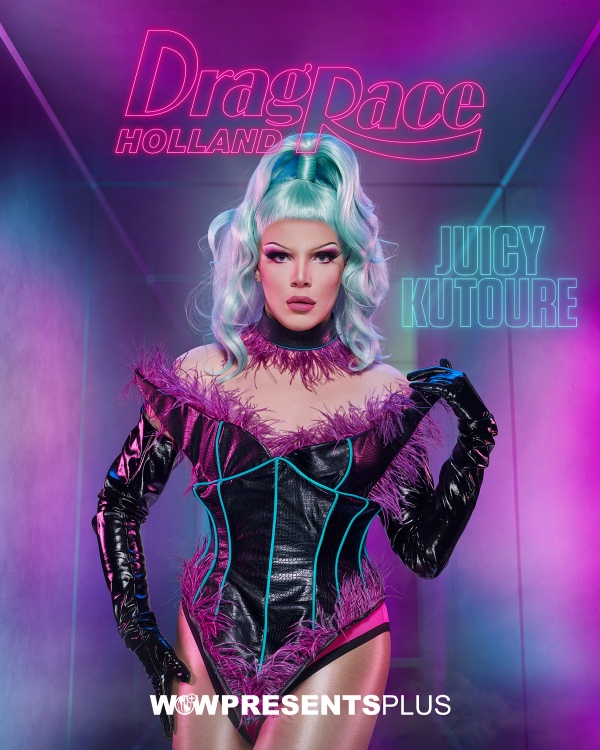 Described as a "super spicy" contender, Juicy Kutoure says that her participation in Drag Race Holland "is a big middle finger from her to all the haters who have excluded her because she was different." Now with the confidence to be herself, she's hoping to showcase her talents as an all-rounder, leaving a "folky, sexy and quirky impression" on fans! 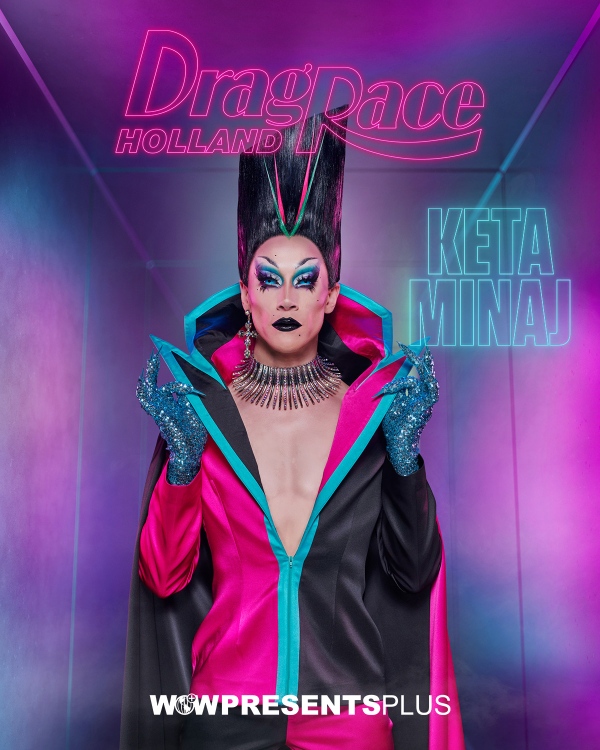 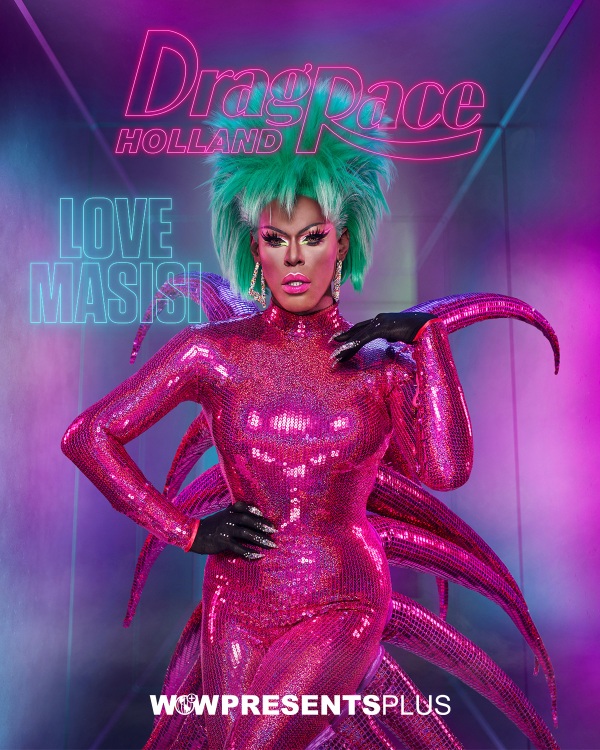 Having performed on some of the world's biggest stages for drag, Love Masisi has made a name for themselves to the point where they even picked up an award for the world's Best Butt! Now, she's going for a different prize entirely; the Drag Race Holland crown! 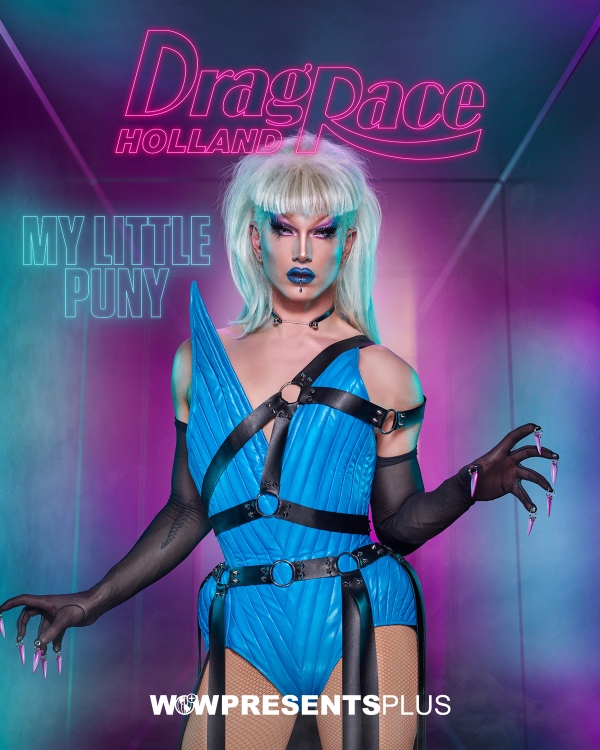 Despite being a new queen, My Little Puny is ready to take on the world with her drag, having quickly establishing a name for herself on the Amsterdam drag scene. A strong believer in that there should be no rules when it comes to drag and artistic expression, she's a true conceptual queen who switches effortlessly from genderf**k to femme and everything in-between. 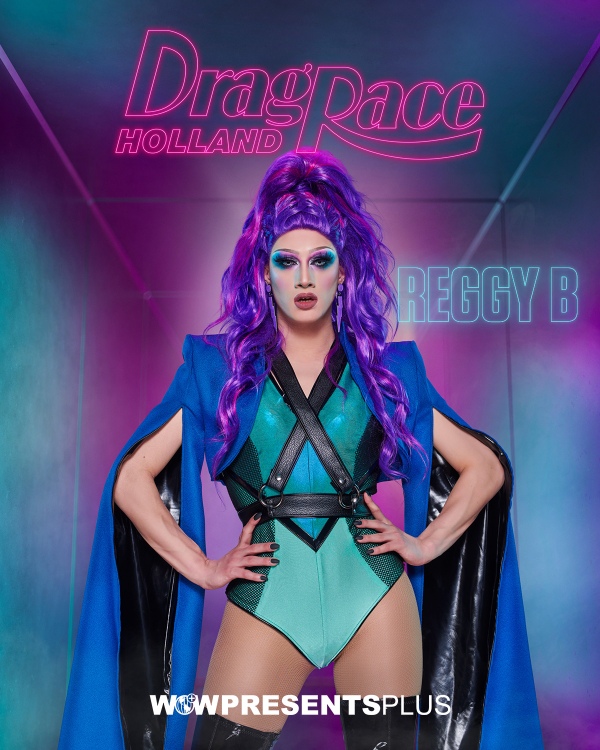 Always wanting to be an entertainer, Reggy B was born after a chance meeting with Miss Abby OMG, where she guest appeared on stage during her show; the rest is history. With a lot of heart and a big mouth, she's a fierce baby queen with an incredible sense of humour, taking inspiration from modern pop culture. 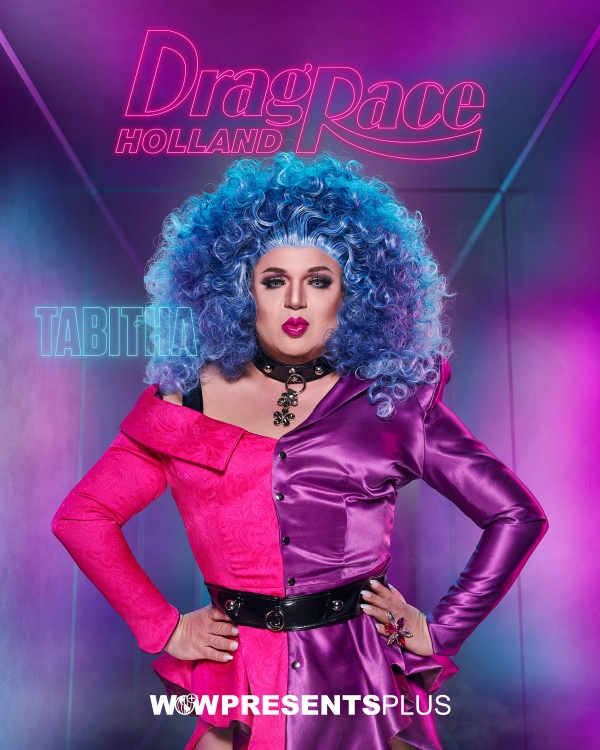 Already a legend in the drag scene, Tabitha is hoping to add another accolade to her hefty collection. Super camp, sometimes fishy and at other times enjoying a club kid look, she's known for her direct and sometimes cutting humour. Despite this she wears her heart on her sleeve, making her a true darling of the industry. Helping starting queens find their feet, she's anything but a one trick pony and is ready to take on the world of Drag Race Holland. 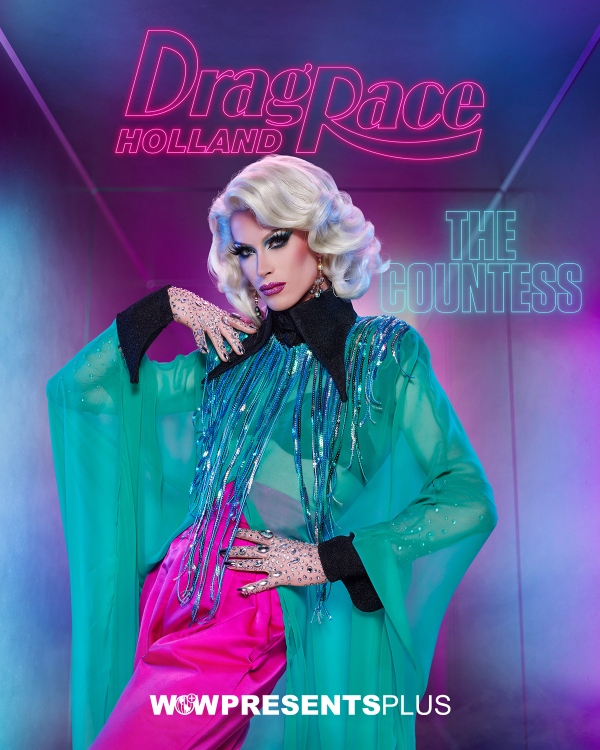 Switching effortlessly from modern to classic, The Countess enjoys being both a glamorous queen and one that plays around with a fetish edge. Hoping to one day stomp down the runway during fashion week, she's already been a part of the Drag Race Holland family, having done Fred's makeup during Season 1! Will that translate into her picking up her own crown? 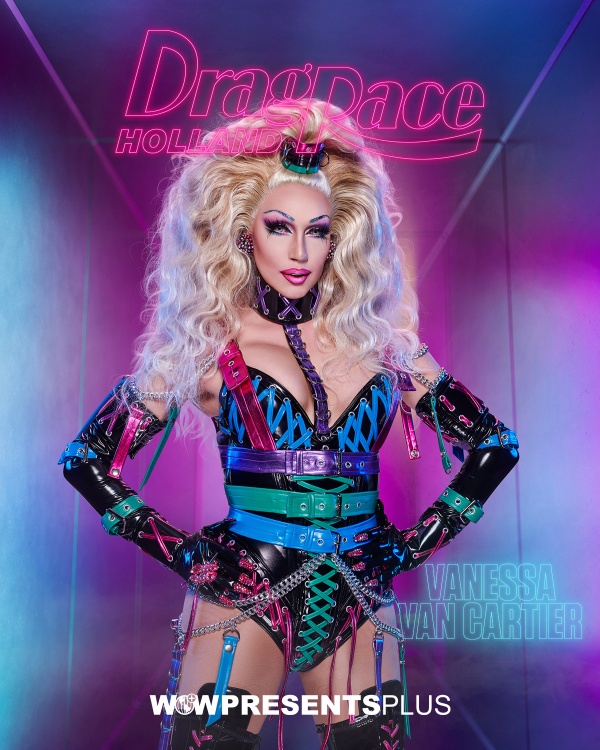 As the only Flemish Italian queen in this year's competition, Vanessa Van Cartier is carrying a lot of pressure on her shoulders to make a mark throughout the series. Having already carved out a legacy for herself on the drag scene however, including becoming the first post-op transgender in the Miss Continental pageant in Chicago, she's a lip sync assassin and polished fashion icon. She's also the Drag Mom of our Season 1 winner, Envy Peru; can she add another crown to the family collection? 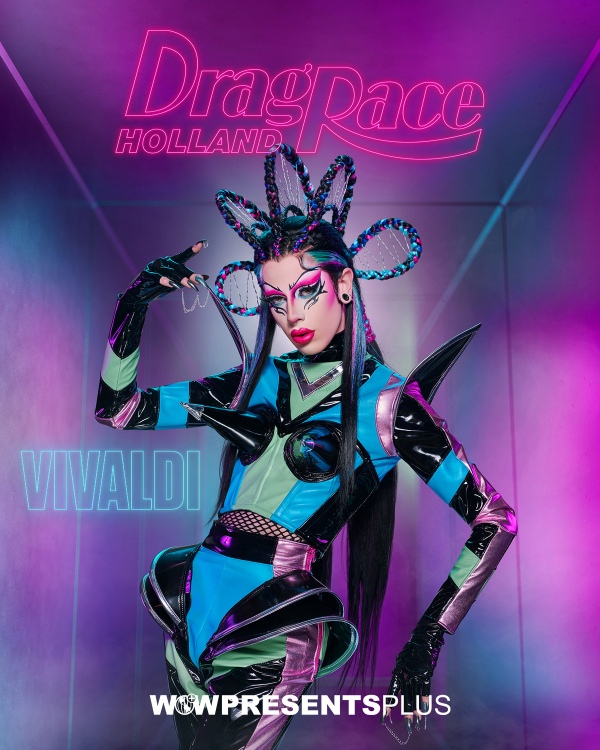 Serving looks with stunning fashion and hair, Vivaldi is a born artist with a passion for everything creative. Whether glamorous or spooky, she's seen as a major contender by other queens on the drag scene, so we expect her fellow competitors to be keeping a close eye on her when the season starts! 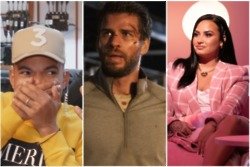 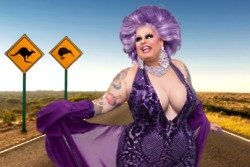 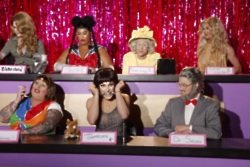