Actress Chloe Sevigny "felt like a freak" while filming upcoming U.K. TV show Hit And Miss because she struggled to get used to wearing a prosthetic penis to portray a transsexual.

I cried a lot when they put it on. I don't know why. I felt like a freak... which is how my character feels

Sevigny refused to have a body double stand in for her for nude scenes and instead decided to undergo an entire physical transformation - but the gruelling process proved to be emotionally overwhelming for the actress.

She tells Interview magazine, "I tried to slim down. I tried to lose a lot of weight because I thought it would make me look more masculine if I were gaunt... On the show there are a lot of quick glimpses of me naked,wearing a prosthetic penis, which was horrifying... There was talk of doing body doubles and special effects, but in the end we decided I'd wear a prosthetic.

"It was uncomfortable because it requires having people really close around your private area. I mean, I've never even been waxed, or done anything unless it's my doctor or someone.

So it's very strange to have someone you hardly know so close, and it took two hours to put on, gluing, then painting... They they would have to check it periodically because it's their handiwork...

"I cried a lot when they put it on. I don't know why. I felt like a freak... which is how my character feels, so it was really good for the part and all the rest, but it was tough... I guess when you're taking a lot of hormones, it shrinks a bit. So she's not that well hung".

Sevigny also made sure to do her research before filming began on the project "I met with some post-ops and talked with them. They were very open and revealing and honest. Then I just read a lot. I read as many autobiographies as I could..". 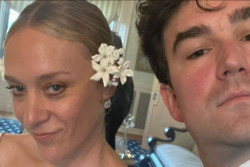 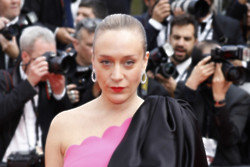 'I almost have a panic attack': Chloe Sevigny can't leave the house without this beauty product