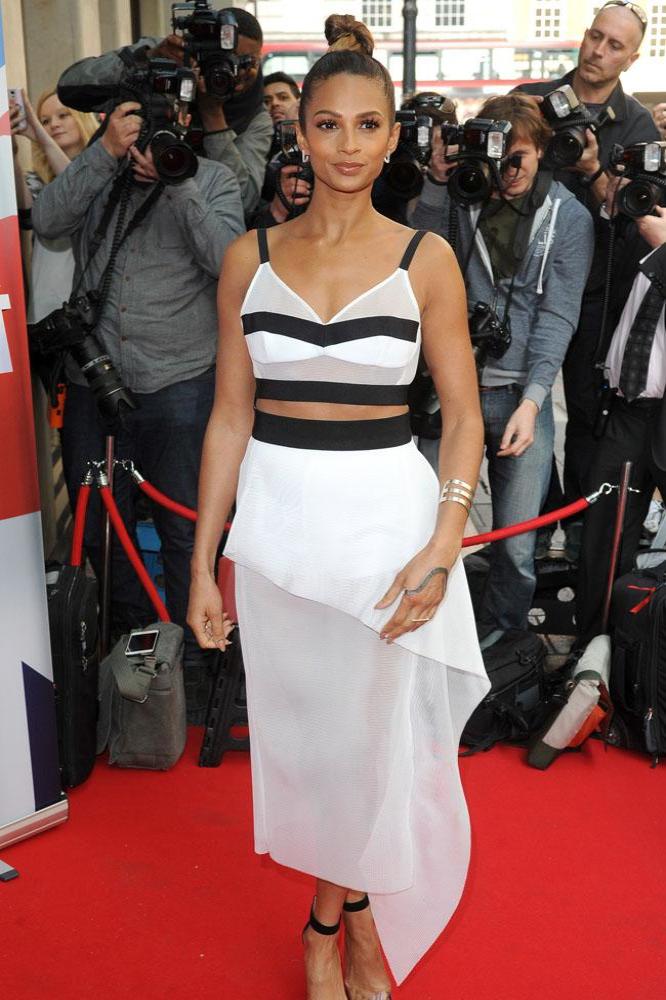 The 'Britain's Got Talent' judge has revealed that she and her 44-year-old co-star are trying to "bully" their way into landing a role in the talent show-themed sitcom which the 43-year-old comedian is currently penning.

The raven-haired beauty, 36, claims she and Amanda each want a starring role and won't settle for cameo appearances.

She said: "There has been a conversation. Amanda and me are very keen to be involved. We'll bully our way in. I said to him, whatever you do, make sure I'm a cool character. "

Alesha added she is impressed by David's constant creativity and is sure the trio's fellow judge Simon Cowell would be keen to get involved too.

She explained: "He's constantly sharing ideas, whether it be book ideas or TV ideas. He's very open-minded and is such a creative person. I'm sure Simon would be up for it too."

The 'The Way We Are' hitmaker also confessed she is still uncertain about her future on the show and believes show boss Simon finds it amusing to keep her in the dark.

She told The Sun newspaper: "I genuinely think he does it to be funny."