Former 'Strictly Come Dancing' pro Brendan Cole and his wife Zoe want to renew their wedding vows to celebrate a decade of marriage.

Brendan Cole and his wife Zoe are set to renew their wedding vows. The loved up couple - who tied the knot back in 2010 - are keen to get their family and friends together again to celebrate a decade of marriage.

Chatting to Hello! magazine, the former 'Strictly Come Dancing' star said: "I can hardly believe we're a decade down the trade.

"A lot has changed since and, whenever we look at our two children, Zoe and I feel so lucky."

The couple - who got married in the English countryside - now have daughter Aurelia, seven, and two-year-old son Dante together, and they would also be delighted to share their special day with new friends.

Zoe added: "It would be lovely to have the new friends we've met since we got married watch us make our vows again.

"After all, Brendan has told me, 'I'd marry you again in a heartbeat.' "

Meanwhile, Brendan admitted while the coronavirus lockdown has given them some precious time together as a family, they haven't kept up with homeschooling as much as they perhaps should have.

The 44-year-old dancer said: "It started out well, with me doing the maths and Zoe the reading. But we haven't done nearly enough.

"This has been a special time in our lives, though. I've been busy for the last decade, but this moment has given us the chance to bond as a family."

Back in 2018, Brendan revealed he had been cut from 'Strictly' after first appearing on the show in 2004.

He said at the time: "It's quite, actually, hard to talk about. The BBC haven't renewed my contract.

"We get contracted year upon year. They've made an editorial decision to not have me back on the show. I'm a little bit in shock. I'm quite emotional, a bit raw about it.

"It's done via a process of a phone call and stuff. I have had 15 incredible series on the show. I'm very proud of the whole show. It's a great team. I'm disappointed. It's very hard to talk about. It's a recent decision." 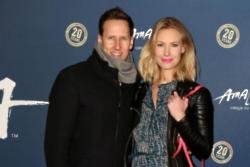 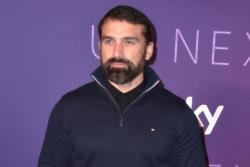 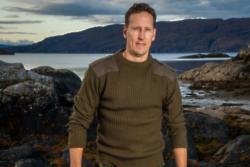