Charlotte Crosby joked she "came out of the womb with a whisk" in hand as she prepared to take on Chris Hughes in a baking challenge.

Charlotte Crosby joked that Chris Hughes' mind is full of "tumbleweed" as she took him on in a baking challenge. The 'Geordie Shore' and 'Love Island' stars went head-to-head in a two-part Protein World challenge to make a two-tiered bake and then a batch of 12 cakes, with the latter creations having to include a portrait of their baking competitor - and Charlotte was determined to outdo her fellow baker.

She said: "I'm not nervous about the challenge, but I was born ready. I came out of the womb with a whisk.

"Chris hasn't got a look in. My mind is a creative genius, I can imagine all that goes on in Chris' mind is tumbleweed.

"I don't want to brag, but I have been told I have excellent wrist action. I know that's very important in whisking, mixing, and binding."

Chris added: "I know Charlotte is very competitive, so her competitive edge will wear off on me. I'm quietly confident."

The pair were supplied with Slender Baking products from Protein World as they set about creating their masterpieces, and Charlotte finished both baking challenges, dominating round one, but the second was a close call.

Afterwards, Charlotte joked: "Today has been very successful on my behalf, but I can't say the same for Chris, sadly. The bakes were so easy - anyone could do them ... apart from Chris."

Research by proteinworld.com has found that as many as 55 per cent of Britons, on average, would choose a slice of cake over sex; with women revealed as more likely to do so than men (73 per cent).

Members of the public can partake in their own Slender Baking Challenge by taking advantage of a 35% off site-wide discount code (PW35) on Protein World. 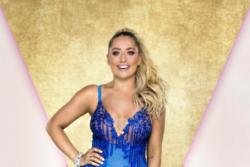 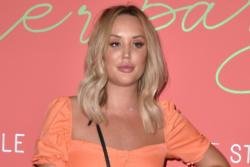 Charlotte Crosby: I've been 'living the life' in lockdown