The former footballer had viewers hot under the collar.

Fans of I’m A Celebrity… Get Me Out Of Here! and in particular, former footballer David Ginola were left with huge smiles on their faces last night (November 23rd, 2021) when the sports star decided to go shirtless for his first in-camp challenge on the show.

Asked to climb inside a cage, where he would be tasked with collecting green water in a bucket before passing it through the bars to his fellow campmate Naughty Boy, David thought that taking off some of his clothes would help him in his mission.

Knowing that he would likely get wet and, probably expecting a bunch of critters to come crashing down on top of him, it was a wise decision to keep his shirt dry, so once the challenge had come to its conclusion, he could put some clean clothes right back on in the cold Gwrych Castle in Wales.

Still, it wasn’t the smart choice that captured the attention of those watching from home. Instead, the majority of viewers were instead focused on just how good the 54-year-old looked without his top on!

Fellow contestant Frankie Bridge joked during a confessional piece on the show, that her husband Wayne Bridge would be jealous that she ‘basically shared a shower’ with David.

Meanwhile back at ‘The Clink’, once Emmerdale actor Danny Miller found out that his man crush had stripped off for the challenge and he wasn’t present, he was gutted and admitted he wished he was there.

Live footage from Danny finding out David was shirtless and he wasn’t there #ImACeleb #ImACelebrity pic.twitter.com/yXWg4U4SXR

Unfortunately for David, he had to deliver the news to his campmates that the digestive biscuits up for grabs in the challenge had been destroyed, with Frankie and gold medal Paralympian Kadeena Cox taking the win and their snacks back to Main Camp.

Despite his best efforts, Naughty Boy’s lackadaisical approach and slow stumbles up and down the steps to pour the water David collected back into the team’s tube cost them the win; and almost pushed the music producer over the edge, as he threatened to quit the show entirely later on in the episode.

We’ll see all the fallout in tonight’s episode of I'm A Celebrity... Get Me Out Of Here!, which starts at 9pm on ITV.

RELATED: David Ginola hasn't ever watched I'm A Celeb despite being a contestant this year 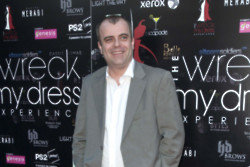 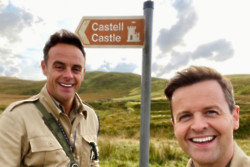 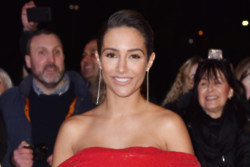