EastEnders' Ronnie and Roxy Mitchell to die in swimming pool

EastEnders' Ronnie and Roxy Mitchell are set to die in a swimming pool next year.

EastEnders' Ronnie and Roxy Mitchell are set to meet their "grisly end" in a swimming pool.

The blonde siblings - portrayed by Samantha Womack and Rita Simons respectively - will be killed off early next year following nine years in Albert Square, but it seems their deaths won't be without fight as the pair will reportedly take their last breath under water.

A source told The Sun Online: "Their [Ronnie and Roxy] exit is one of the big dates in the soap calendar. The swimming pool scene they're [the writers] working on will be huge and a real talking point for 'EastEnders' fans. It's going to be a grisly and gruesome death.

"From the minute it was revealed they [Samantha and Rita] were leaving, and even before, the writers have been trying to think of a brilliant way to kill them off."

It's not yet known how the siblings end up in water but Ronnie (Samantha) has certainly racked up her fair share of enemies over the years after she snatched Kat and Alfie Moon's (Jessie Wallace and Shane Richie) baby son following the traumatic cot death of her child James Branning in 2012, murdered her sister's boyfriend Carl White (Daniel Coonan) in 2013, bribed her husband Charlie Cotton (Declan Bennett) to leave Walford and locked Arthur 'Fat Boy' Chubb in the boot of a car that was subsequently crushed at a scrap yard last year.

And Roxy (Rita) has her own fair share of problems as she's recently got herself caught up in drug dealing and was almost raped by Dean Wicks (Matt Di Angelo), who was arrested after the incident but later freed following a not guilty verdict in court in August.

Hearts broke across the country two months ago when Samantha announced she was turning her back on the soap, which she joined in 2007, to focus on other projects.

But things went from bad to worse a few days later when Rita also revealed she was walking away from the programme, sparking speculation the pair would bow out together.

A source said at the time: "Rita and Samantha created the iconic Mitchell sisters and with their undeniable chemistry, they immediately created a double act that the viewers fell in love with. But when they all sat down to work out where to take them, they all felt it was the right time to rest them.

"When you look back over nearly a decade and realise what they have been through, it seems that most avenues have been exhausted. So when Sean proposed his idea to them, Rita jumped at the opportunity to do the storyline. She even stated that the sisters should go out the same way they arrived - together.

"Bosses desperately wanted to keep the news of their departures a secret, but once the news about Samantha leaked out, it was only a matter of time before people worked out Rita would be going too.

"It's a shame as it would have been a great surprise for the audience but there are still lots of twists to come before they leave our screens." 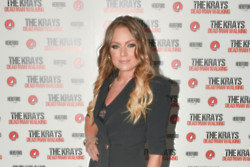 Rita Simons: It ate me up keeping marriage breakdown quiet 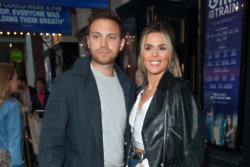 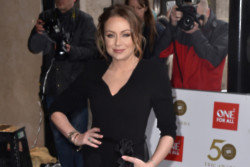