Netflix have this week released a brand new official trailer for their upcoming second Spanish original series ELITE, as well as a brilliant poster for the show which offers a taste of the social media aspects we should expect from the series. You can check them both out below: Directed by Ramón Salazar and Dani de la Orden, with Carlos Montero and Darío Madrona having written the series, ELITE will delve into the world of one of the most exclusive schools in Spain, Las Encinas. As the hub for children of the elite, it's given a major shake-up when three working class students are admitted to the school following the collapse of their own academy. Despite initially thinking they'd lucked out, they quickly come to realise that their new place of education could be anything but lucky.

It doesn't take long for a clash between those who have it all and those who have nothing to be whipped up, but none of them can predict the madness ending in a murder. Exactly who's behind the crime and whether or not there's something deeper beneath the surface is something viewers will discover as the episodes roll by.

The show is executive produced by Zeta Audiovisual, with season 1 consisting of eight episodes.

ELITE will launch globally on Netflix on October 5, 2018. 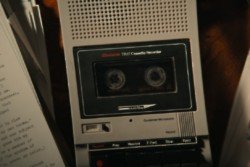