Jake Wood is set to leave 'EastEnders' later this year. The 48 year-old actor has played Max Branning on the BBC soap for the last 15 years, but he will exit the show towards the end of 2020 as part of an explosive storyline.

Jake said: "I've had 15 wonderful years at 'EastEnders' and have made some truly great friends.

"I'll of course miss everyone there but I'm grateful they have left the door open for Max and I'm excited to see what the next chapter holds."

Jon Sen, the show's executive producer, has also praised the actor's contribution to the soap's success.

He reflected: "Jake is a truly wonderful actor and 'EastEnders' have been extremely lucky to have him for so long.

"We have a big storyline for Max that starts in the coming weeks and we are all very excited to see that play out."

A TV insider explained that Jake will be missed by the cast and crew of the show.

However, the actor's exit from the show is set to be dramatic, with 'EastEnders' bosses planning "something big" for his final scenes later this year.

The source told The Sun Online: "Sometimes in soapland big characters have to leave.

"Bosses are staying tight-lipped about what they have planned for Max but considering he has played a major part in the show for over fifteen years they are clearly planning something big and he will not be departing Walford quietly.

"Everyone will be sad to see Jake go as he is not only a great person to have on set but he's also a fantastic actor." 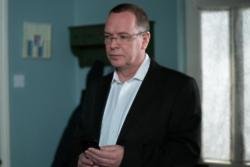 Adam Woodyatt says Jake Wood encourages him to get active 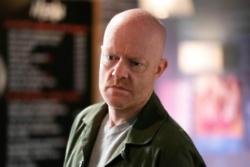 Jake Wood 'excited about new horizons' ahead of EastEnders exit 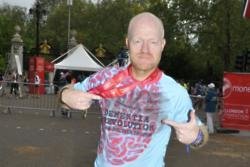