James Norton has revealed he decided to bow out of 'Grantchester' to free up time for big screen roles.

The 33-year-old actor - who has been tipped to be the next James Bond - will bow out of his role as charismatic clergyman Sidney Chambers in the ITV detective series after the fourth instalment, and he says he felt it was the right time to "take the plunge" and take on new challenges, with a hope of landing more big screen gigs.

However, the 'McMafia' star admits he will miss the show and his "bromance" with co-star Robson Green.

He told whatsontv.co.uk: "It's been such an emotional decision, I've loved this job so much and I owe the show an enormous amount.

"Robson has been the best partner in crime both on and off screen, it's no secret that we have the most amazing bromance!

"When Sidney's storyline with Amanda (his on-off girlfriend) was tied up and he chose the church over her, it seemed like that was the natural conclusion to his story.

"And I just felt like it was time to give someone else a turn - if you want to carry on learning you've got to take the plunge.

"Sally Wainwright is writing a third series of 'Happy Valley' and I'm starting to venture into film, so it feels like the right time to challenge myself.

"I fancy an adventure - I'd love to spend a bit more time in New York or LA, I'm open to opportunities."

James has handed over the reins to Tom Brittney, who will star in the lead part as Reverend Will Davenport, and he admits he's "incredibly jealous".

Asked what he thinks of his replacement, James - who plays Tommy Lee Royce in 'Happy Valley' - said: "I'm incredibly jealous of him! I genuinely believe he is the perfect person to join the show, he's a lovely man and really humble.

"I remember having the same feelings to start with, wondering how to front a show.

"I'd done 'Happy Valley', but that's Sarah Lancashire's show really, so it was a hugely daunting prospect, but Tom will love it."

The acclaimed actor also admitted to swiping Sidney's watch from the set of 'Grantchester', but was left red-faced when he was asked to hand them in.

The confessed: "Embarrassingly I actually stole Sidney's watch last series and then this year they had to ask me to bring it back!

"They also gave me a couple of dog collars which I don't know what on earth I'll ever do with..."

James can next be seen starring in this year's big screen adaptation of 'Little Women' alongside the likes of Saoirse Ronan, Emma Watson and Timothee Chalamet. 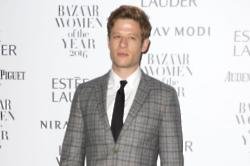 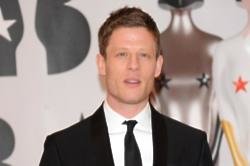 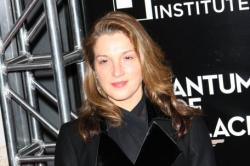 Barbara Broccoli: Next James Bond actor will be male, but could be 'of any colour'