Judge Rinder has tried to persuade his good friend Susanna Reid to start drinking again after she quit booze in 2018. The 'Good Morning Britain' co-host quit booze in 2018 in a bid to lose weight, but her 42-year-old TV barrister pal - whose real name is Robert Rinder - has told Susanna's 'GMB' co-host Piers Morgan that he misses the wild antics they used to get up to when they shared a beverage.

On 'Good Morning Britain' on Wednesday (01.07.20), Piers asked Robert: "Do you not find it boring that she doesn't drink anymore? Be honest, you've had some blazing sessions with Susanna - as have I.

"I find it very dull that she's stopped."

Rob replied: "I can't lie, I did try to persuade her to start drinking again.

However, Piers recalled one night out where the pair ended up in a London gay bar in the early hours of the morning.

Piers quipped: "You haven't had the nights out with her that I've had. You should of been there on that night when we ended up in a gay bar in Soho at 4am. Wowza. It turns out I'm a lot more popular with the community than I realised."

Susanna first embraced a healthier outlook after a doctor warned her that her BMI was too high, and she decided to go on a self-imposed booze ban following a trip to Ibiza with Judge Rinder.

After the first two weeks of abstaining from drink, she revealed to Piers that she had lost 14lbs by cutting out alcoholic beverages from her diet.

But since then, Susanna has admitted she does "miss the alcohol" sometimes, and lifted her drinking ban last year having consumed "eight drinks in eight months".

She replied: "Yes ... I'm not entirely not drinking. I've had eight drinks over the past eight months.

"I think there's enough for mums to feel guilty about. After a long day when you are completely run ragged I completely remember that feeling of needing to take the edge off." 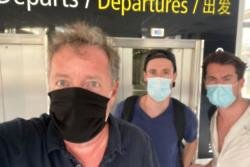 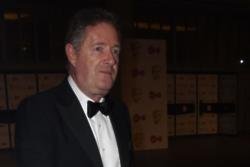 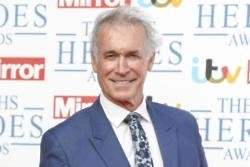