Katie McGlynn up for challenge of I'm A Celebrity... Get Me Out Of Here!

Former 'Coronation Street' actress Katie McGlynn - who played Sinead Osbourne on the ITV soap - is up for the challenge of 'I'm A Celebrity... Get Me Out Of Here!'

Former 'Coronation Street' actress Katie McGlynn is up for the challenge of 'I'm A Celebrity... Get Me Out Of Here!' The 27-year-old actress bowed out of the soap as Sinead Osbourne in a heartbreaking cervical cancer storyline which saw her character killed off leaving behind her baby son Bertie and husband Daniel Osbourne (Rob Mallard).

Now she's off the ITV show, Katie is up for new challenges and thinks she would cope easily with the Bushtucker Trials on the programme - which has been relocated from the Australian jungle to the village of Llanfair­pwllgwyngyll­gogery­chwyrn­drobwll­llan­tysilio­gogo­goch at a castle ruin, after the COVID-19 pandemic prevented the reality programme from being filmed Down Under.

Speaking on the 'Events That Made Me' podcast, she said: "Do you know what I get asked about the jungle a lot ... I love camping, I'm a bit of a tom boy at heart, of day. I don't mind getting dirty, I don't mind all that kind of thing, bugs don't bother me. All my friends say you'd be brilliant at it, because they think I'd surprise people. It's the people I couldn't deal with. Living with peoples who are up their own bottom doesn't sound that appealing! I couldn't deal with the egos. I'd be more scared of the people than the bugs!"

However, she does worry that going on a reality show so soon after 'Corrie' might have a negative effect on her acting career, adding: "I'd never say never. I don't about it so soon (after 'Coronation Street'). I wouldn't ever cross it out for the future because I love the show and I want the experience. I think career wise I think it might be a bad move to do, but I don't know.

"I'd love to do it without the cameras, so it wouldn't really be a show!"

Katie - who has landed a role in BBC drama 'The Syndicate' since leaving Corrie - has had a few reality offers following the end of her time in Weatherfield but she's unsure about which ones she should accept.

She said: "With everything that's going you could go into doing reality stuff, which I'm not knocking, I've had weird and wonderful offers from that." 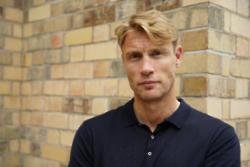 'I know it's a problem': Freddie Flintoff talks battling bulimia 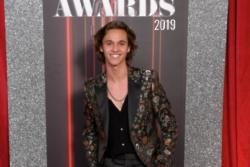 Joe-Warren Plant signs up for Dancing on Ice 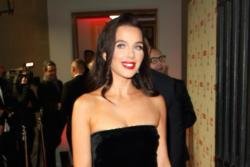