Linda Robson called her pig Dorien on 'Celebs on the Farm'.

Linda Robson called her pig Dorien on 'Celebs on the Farm'. The 'Birds of a Feather' star hoped her friend Lesley Joseph - who plays Dorien in the sitcom - would be "honoured" by calling one of the piglets on the MTV show after her friend's character.

Speaking to The Sun newspaper's Bizarre TV column, he said: "The piglets were absolutely lovely. I loved my piglet so much I called her Dorien. I think Lesley will be honoured."

'Birds of a Feather' has been on our screens for a long time but Lesley believes the sitcom survived for so many years because the characters were relatable to viewers.

She said: "The thing is though, with Dorien Green, we wanted to make her not just funny but we wanted to make her real. So there were some moments throughout it where she got quite serious and always quite emotional. And that's why people love the character because they can identify with her. They not only laughed at her, but they felt for her as well.

"We didn't want to make cardboard cut-out characters, we wanted to make them really three dimensional. And I think that's why it lasted so long because people really feel and identify with them."

And Lesley admits she is very proud of the programme and insists it was "groundbreaking" when it first hit screens because it was one of the first sitcoms based around female characters.

She said in 2019: "It came out 30 years ago this year and it was trailblazing because I think it was one of the first times that three women of a certain age had actually led a situational comedy on television so it was completely groundbreaking. I think we had something like 300 complaints on the first episode because I think it was Pauline who said 'bloody!' How times have changed!" 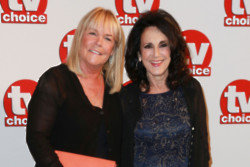 Linda Robson and Lesley Joseph 'in talks for reality show' 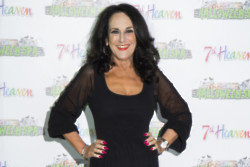 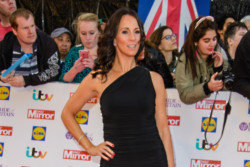