Loren Allred feels as if she has "already won" 'Britain's Got Talent' after making it through to the final.

Loren Allred feels as if she has "already won" 'Britain's Got Talent.' Loren Allred on making it to the BGT final

The 32-year-old singer made it through to the final of the ITV talent show on Thursday (02.06.22) with her rendition of Lauren Daigle hit 'You Say' and admitted that while she has some "big competition" to face, she is just "excited" to see what will happen at the grand finale on Sunday.

She said: "I have got some big competition on 'Britain's Got Talent' so I'm just excited to see what will happen. But I already feel like I've won."

Loren provided the vocals for the song 'Never Enough' for the 2017 blockbuster 'The Greatest Showman' and received the Golden Buzzer during her audition - which sent her straight through to the live semi-finals - following her performance of the song mimed to by Rebecca Ferguson in the musical film and admitted that the show has given her the "next chapter" of her career.

She told The Sun newspaper's TVBiz Column: "'Britain's Got Talent' has been an opportunity to let people get to know me and put a face to a song that everybody loves. It is giving me that next chapter - by opening up to people that loved that song and showing what else I can do. The response has been so exciting. It's turning the page from ‘The Greatest Showman' and showing a completely different side from 'Never Enough’."

After impressing judges Simon Cowell, Amanda Holden, David Walliams and Alesha Dixon, Loren is now up against the likes of impressionist Ben Nickless, ventriloquist Jamie Leahey and school teacher-turned-singer Tom Ball for the title of champion.

However, US-born Loren will need to impress the public for the prize of £250,000 and a spot at next year's ‘Royal Variety Show’ and explained that it would be a "full circle" moment if she was given the chance to perform for royalty because of her role in ‘The Greatest Showman'.

She added: "In 'The Greatest Showman', Jenny Lind - whose character I voiced - sings for Queen Victoria and if I had the chance to sing at the Royal Variety for Queen Elizabeth II, that would be an honour and a full circle moment for me."

The final of 'Britain's Got Talent' will air on Sunday 5 June on ITV from 7:30pm, hosted by Ant and Dec. 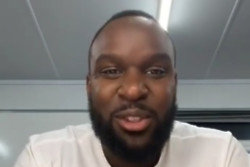