Louise Minchin leaves I'm a Celebrity...Get Me Out of Here!

TV presenter Louise Minchin has left the 'I'm a Celebrity...Get Me Out of Here!' castle.

Louise Minchin has been voted off 'I'm a Celebrity...Get Me Out of Here!'. Louise Minchin has left the camp

The 53-year-old TV presenter has become the fifth celebrity to leave the ITV show, but subsequently admitted that she had a "fantastic" experience in the castle.

After her exit was confirmed, Louise shared: "I've learned so much about myself and about other people. It's been fantastic, thank you for keeping me here for so long."

Louise's exit came 24 hours after Naughty Boy was eliminated from the show.

And earlier during the episode, viewers were shown the record producer's thoughts before he made his exit from the castle.

The 40-year-old star revealed before the public vote that he "genuinely wanted to see it through" after threatening to quit the show several times, and having a several arguments with some of his campmates.

He said: "When I started in The Clink there was some doubt in my mind about continuing - the stars aligned and we were in the castle and I genuinely want to see this through for however long the public want me in. But I’m ready. I’m ready for whatever."

The campmates also spoke about the producer's exit from the castle.

David Ginola said: "It will be different without Naughty Boy, that’s for sure. I think he brought to everyone a smile."

Meanwhile, Danny Miller describe the music star - who has previously worked with the likes of Beyonce and Emeli Sande - as a "lovely, lovely man".

He said: "Castle won’t be the same without Naughty Boy. It’s a tough one, he’s a lovely, lovely man." 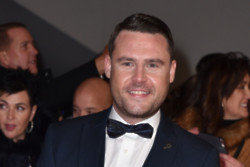 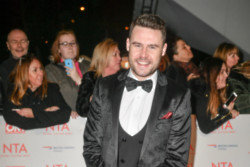 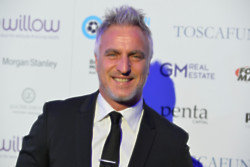