Marvel's Luke Cage is making its return to Netflix in June - check out a brilliant preview from the show ahead of the new episodes' debut.

Set to launch on Netflix next month is the second season of the streaming service’s hit original series, Marvel’s Luke Cage. Ahead of the batch of new episodes, a brilliant new clip has been revealed, showcasing Luke’s journey through Harlem, and the way in which he now has to carry the weight of the neighbourhood on his shoulders. You can check it out below:

Clearing his name and becoming famous on the streets of Harlem, Luke has a reputation as bulletproof as his skin. With that new visibility however, comes concern, as the hero now feels a need to protect his community at every opportunity, no matter how small the cause for concern may be.

In becoming Harlem’s hero, he will be stretched to his limits, and come to realise that there are some people he cannot save. Plus, with the rise of a formidable new enemy, Luke is forced to walk the line that separates being a hero and a villain.

The show is executive produced by series showrunner Cheo Hodari Coker, Jim Chory, and Jeph Loeb, who also serves as Marvel’s Head of Television. Lucy Liu directs episode one of the second season. 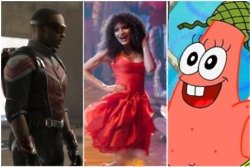 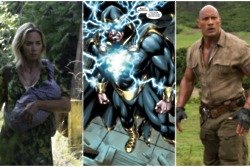