MTV has announced the return of its popular series, MTV Cribs

We can see the second season about how the other half live from August 2021!

MTV Cribs was an intensely popular show that took us to the houses of celebrities, singers and actors to see what their lavish and expensive homes looked like. The show aired in 2000, had a total of 113 episodes, and showed us how celebs such as 50 Cent, Bam Margera, the Osbournes, and many others lived.

MTV has played host to many popular reality shows, such as Ex on the Beach, Catfish: The TV Show, Teen Mom, and many more. The network excels at providing real entertainment focusing on a myriad of different scenarios and situations.

Now, the channel will be bringing back MTV Cribs for a 10-episode season later this year (2021), which will be filled with brand-new contennt and never before seen celebs.

Five of the 10 episodes from the upcoming season will air on August 2nd 2021, with the remaining five occurring later this year. MTV Cribs was actually re-launched in 2019 and delivered more joke-worthy content and culture-defining moments than ever before.

The upcoming series will be bringing fans never-before seen footage of celebrity homes and a behind the scenes look at the lifestyles of fan-favourite celebs, such as Kenya Moore, The Sharp Twins, Johnny Orlando, Jason Oppenheim, Cuppy, Tyson Fury, Todrick Hall, Wes Nelson, Charity Shop Sue and many more.

Viewers were both shocked and impressed with the lush homes of the rich and famous, including Jackass stars Steve-O, Chris Pontius, and Bam Margera who showed MTV around their expensive houses.

Some fans were taken aback when some stars would state how expensive some items were; 50 Cent had a very expensive dining table that seated 20, which he never used once.

Many episodes within the first seaosn had a theme, such as Hip Hop or Rock, and showed us houses of musicians that fit that genre of music; it is still up in the air whether or not season two will follow this pattern, with it only containing 10 episodes.

One episode saw Kim Kardashian take us around her four-bedroom and five-bathroom home, even showing us what was in her fridge, which oddly contained no food (except jam) and a whole load of drinks…

Family and friends were clearly staged in the kitchen after Kim states that she always has company over, which was rather comical as her sister Khloe did not look like she wanted to be there.

The star continued on through her house to showcase the “shrine” she has for herself, located in the bedroom along with a stripper pole.

Some episodes may seem real, some might seem fake, but seaosn two of MTV Cribs is set to provide an updated and more realistic view of how celebs live.

RELATED: Witchercon: All the exciting details from the first ever fan event

Netflix’s The Witcher had an intensely popular first season, and fans can’t wait for the outstanding series’ story to continue.

The Witchercon event saw three hours of amazing content reveals as well as new images, and panels involving the cast as they spoke about their roles and the excitement of the upcoming season... 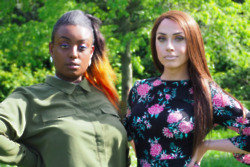 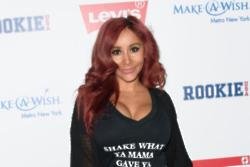 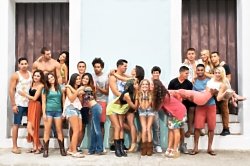 MTV unveils trailer for second series of Are You The One?