Early 2022 will see the release of the next chapter in the Power Universe...

With this year (2021) reaching its end, we are starting to see more and more announcements for content releasing next year (2022). Release dates and trailers have been dropping for games, films and TV shows, and excitement is only increasing.

Curtis ‘50 Cent’ Jackson is a well-known rapper and producer, with ties to the worlds of both music and TV. In early February next year, fans of the Power Universe will be able to witness the fourth instalment of the popular series, titled Power Book IV: Force, which will be available on Starzplay.

Starz continues to grow its global footprint with its ongoing expansion of the Starzplay international premium streaming platform. Starzplay’s rapid expansion into more than 59 countries since its launch in May of 2018 is driven by its ability to provide subscribers access to the “best in global SVOD.”

Within the new season, fans will see the return of Joseph Sikora (Power, Ozark) as his iconic character Tommy Egan, as he leaves New York in the rearview mirror of his 1960s Mustang, and makes plans to take on a whole new city: Chicago.

As he leaves New York after losing Ghost, LaKeisha and the only city he has ever known, he travels to heal old wounds that have been snapping at his heels for years.

However, what was intended to be a quick stop turns into a twisted web of family secrets and shocking lies. Tommy then finds himself embedded in Chicago’s drug game, in the midst of two of the city’s largest crews.

In a city that is unfortunately separated by race, Tommy sits on the fence as he holds the power to watch everything crumble before him. Tommy decides to use his status as a somewhat unknown outsider, and his ability to break all the rules, in order to become the biggest drug dealer in Chicago.

It seems that Tommy holds great power in his hands, but also has a host of challenges to overcome before he can prove himself to be the best of the best. 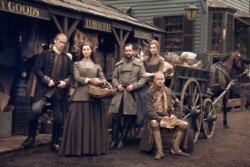 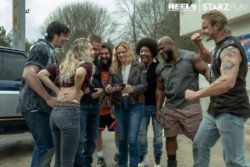 Get ready to get back into the ring for the second season of hit show: Heels