NOTE: Spoilers up to and including the latest episode of Revenge to air in America

Revenge actress Madeleine Stowe has spoken out about the show's latest big twist, which saw her character Victoria Grayson involved in one of the most controversial plots from the series to-date.

In the April 20 episode that aired in America, she was seen blowing up Grayson Manor whilst remaining inside.

Now, Madeleine has spoken to The Hollywood Reporter about the scenes and confirmed that she will not be returning to the show beyond flashbacks.

"I am not coming back to Revenge. This season is the end of her storyline.

"I think in the next few episodes, you'll see some flashbacks that reveal why she did what she did, how it went down, and the real motivation behind it. It goes beyond exacting revenge on Emily/Amanda (Emily VanCamp).

"This is something we all worked toward. At the end of last season, I sat down with the [creative team] - I felt this character's story was done last season - and they wanted her to continue. And they had the right to exercise that choice.

"But she had a very finite story, and it needed to come to its conclusion. We went back and forth, and this is the direction we all thought was the best way to go."

She continued to tease "a lot of drama" in the remaining few episodes of the season, which many fans believe will and should be the definitive end of the series altogether.

"It's going to be a challenging time for Amanda, who is going to be very angered by what Victoria did and [figure out] how to extricate herself from this predicament," she said. "There are going to be some revelations about Victoria that go right through to the season finale.

"At the end of the day, I can tell you that it's probably very likely Victoria can never be entirely out of Amanda's life."

Revenge continues to broadcast on ABC in America and on E4 in the UK. 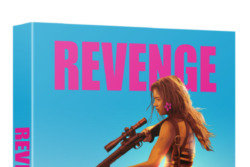 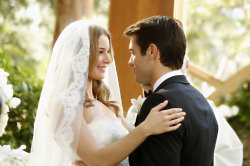 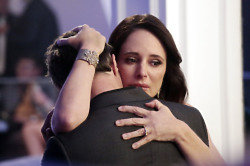