Created by Patrick Somerville and directed by Cary Joji Fukunaga comes a new Netflix original limited series, hitting the platform this September, Maniac. Starring the likes of Emma Stone, Jonah Hill, Justin Theroux and Sally Field, the show looks to be one of the most talked about new series of 2018, and we can't wait to jump right in. Ahead of release, a brand new trailer, poster and set of first look images have been released this week, all of which you can check out below: 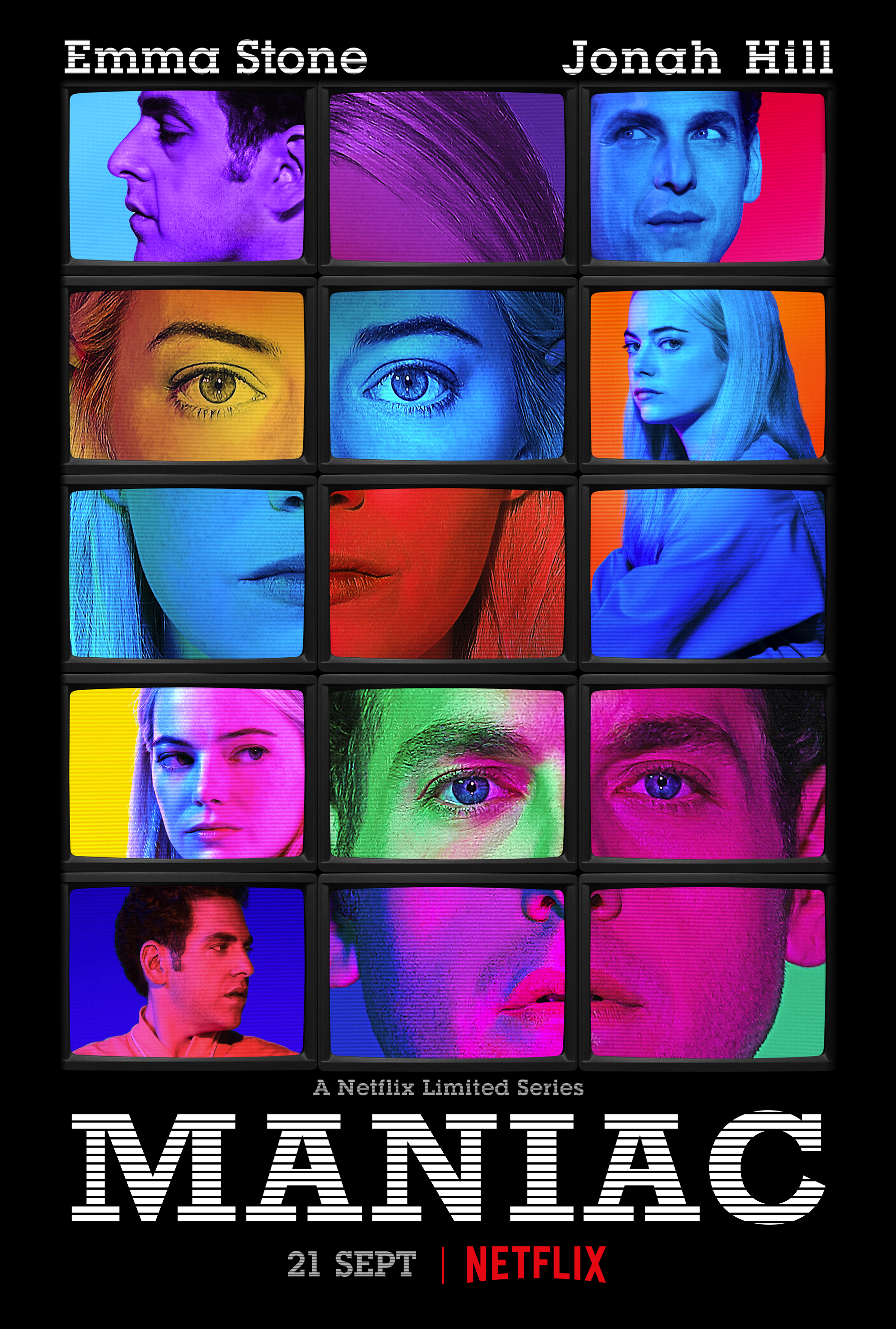 Though the world we'll delve into in Maniac is not too dissimilar to our own, it's one that has some huge differences when you dig a little deeper. Stone stars as Annie Landsberg opposite Hill's Owen Milgrim; two strangers who are drawn together during the late stages of a mysterious pharmaceutical trial.

Annie is somebody without any huge goals in life, and someone who's consistently fixated on her broken relationships with both her mother and her sister. Owen meanwhile is the fifth son of wealthy New York industrialists, but someone who has struggled throughout his life due to a disputed diagnosis of schizophrenia.

With neither of their lives on the path they would have hoped, the promise of a new and radical kind of pharmaceutical treatment is something that draws them both, along with a string of other strangers, to the facilities of Neberdine Pharmaceutical and Biotech for a three-day drug trial that is promised to solve all of their problems permanently, without any complications or side effects.

Of course, things are never that simple.

Maniac will come to Netflix across the globe on September 21, 2018.