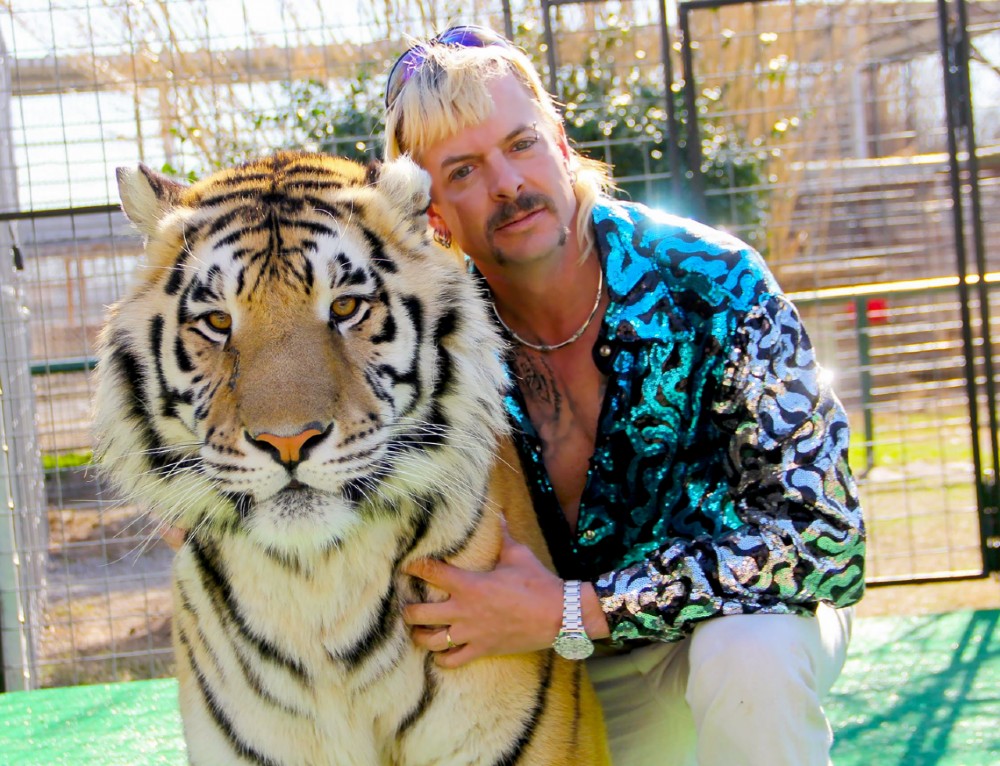 Netflix limited series Tiger King is currently sitting pretty as the most-watched show on the streaming service in the UK right now, and the documentary has shocked audiences not just in Britain, but across the globe.

Across seven episodes, viewers are introduced to a man who calls himself Joe Exotic; an animal breeder and the owner of the Greater Wynnewood Exotic Animal Park in Oklahoma, United States. Whilst he at first looks to be a kooky but harmless character, his obsession with the founder of Big Cat Rescue in Florida, Carole Baskin, comes to the forefront.

The two spend years feuding, slandering one another online, with death threats made by Exotic on numerous occasions, and Baskin accused of murdering her former husband Don Lewis, who has been missing – presumed dead – for over 20 years.

Now, Exotic sits in prison serving a 22-year sentence, after being found guilty on two charges of soliciting a murder-for-hire, and 17 charges of abuse against protected animals. The ‘Tiger King’ has fallen rapidly from grace, but stands firm in claiming he is the victim of a successful framing by those who wanted to “steal” his business.

Continuing to fight from behind bars, Exotic has now filed a lawsuit against the US Department of Interior and the US Federal Wildlife Service for almost $79 million. He claims to be a victim of malicious prosecution and discrimination, alleging that the two agencies are responsible for "stealing my property and promoting an animal rights agenda". He also claims he's being singled out because he "is an openly gay male with the largest collection of generic tigers and crossbreeds".

Exotic is seeking a total of $78,840,000 to cover personal property loss and 18 years’ worth of his work with exotic animals, as well as an additional $15 million for being falsely arrested and imprisoned.

The lawsuit also sees Exotic accuse a former colleague of being an informant and contributing to the passing of his mother, as well as alleging former business partner Jeff Lowe lied to the authorities and planted evidence against him, in order to see him behind bars.

We’re yet to see how all of this will play out, but whilst you can wait, if you need to catch up on the story so far, you can check out Tiger King exclusively on Netflix.