Some play the game. Others change it.

Netflix, the world’s leading streaming service for quality entertainment, has announced even more content being added to its already vast array of TV shows, films and documentaries.

Colin in Black & White will be added to the platform this October (2021), and will centre on the story of Colin Kaepernick, a former football quarterback and civil rights activist.

From co-creators Colin Kaepernick and Ava DuVernay, comes Colin in Black & White, a bold and unique series that chronicles Kaepernick’s coming of age story; the show is set to tackle the challenges of race, class and culture as the Black adopted child of a white family.

Jaden Michael will star in the titular role as young Colin, before he reaches the highest levels of American football as an NFL quarterback; we will follow him as be not only becomes a sports legend, but a civil rights icon.

Nick Offerman and Mary-Louise Parker star as Colin’s well-meaning parents Rick and Teresa; as well as Colin Kaepernick himself, who appears as the present-day narrator of his own story, showing viewers through a quirky, loud, and colorfully-presented line-up of historical and modern contextual moments.

The trailer for Colin in Black & White delivers a very straightforward, bold idea of what the show will be. Kaepernick himself narrates the trailer, just as he will narrate the series, speaking about his life and what led him to be who he is today.

The trailer showcases a smaller look into Kaepernick’s life, as Michael, the actor playing Kaepernick, transitions through different outfits and states of mind, as he traverses the difficult path that life has taken him on.

Each outfit represents a different stage in his life, so it seems, and this paves a path for Kaepernick to really show who he is and prove that adversity didn’t bring him down.

Despite the trailer doing a decent job at representing the show itself, it appears that viewers are not looking forward to this series. Many audience members feel as though their favorite shows got cancelled to make way for Colin in Black & White, something that doesn’t seem to appeal to many.

Sadly, it seems that many comments under the video on YouTube suggest that better shows have been made, and that this coming-of-age story doesn’t light the spark that it perhaps should do.

Despite these somewhat negative comments, the trailer does lead to intrigue for the show, and those who are looking forward to it can get excited about a brand-new series about Kaepernick and the challenges he has faced. 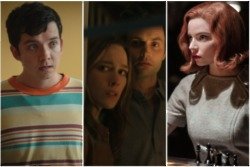 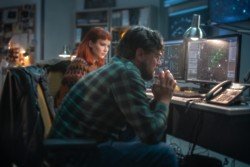