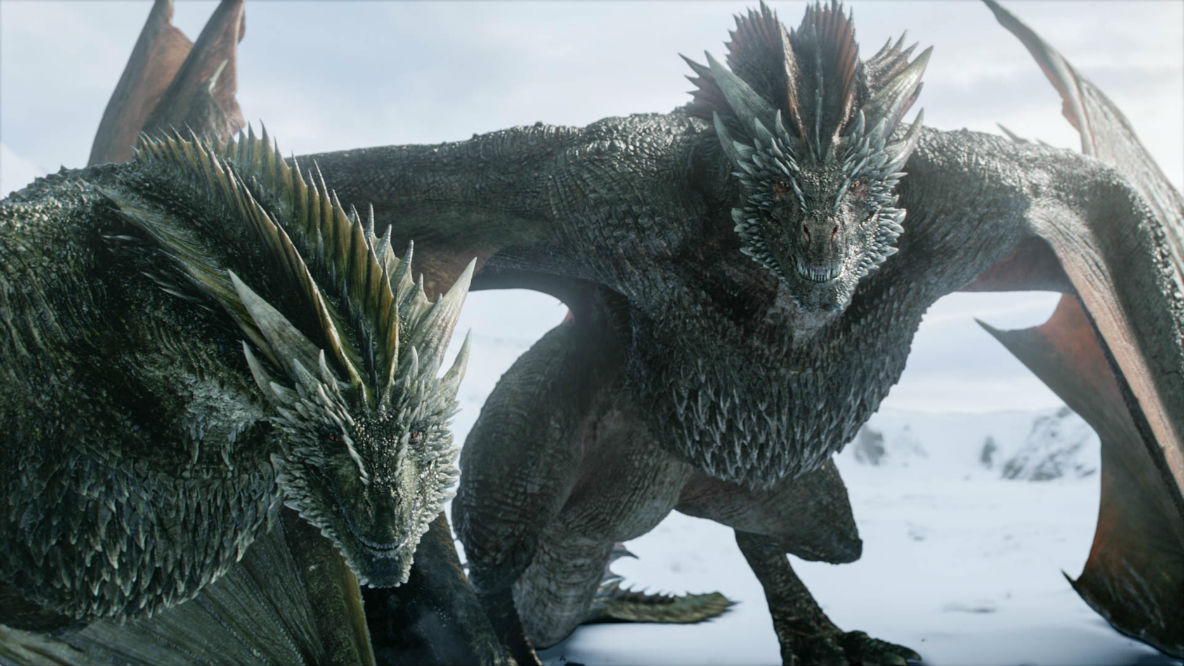 The final season of critically-acclaimed HBO fantasy series Game of Thrones is underway, with the first of six episodes laying the foundations for the war to come between the living and the dead. Whilst the majority of those in the Seven Kingdoms are willing to pick up their arms and fight against the Night King's army, there are also those who would prefer to watch the two sides bring one another to their knees, before swooping in and picking from the remains to retain their power.

With so much happening and only a few more hours before this story reaches its conclusion, we're going to start getting answers to big questions that we've had for some time. Here are six we have after watching the first hour of Season 6... (Note: there will be spoilers!) 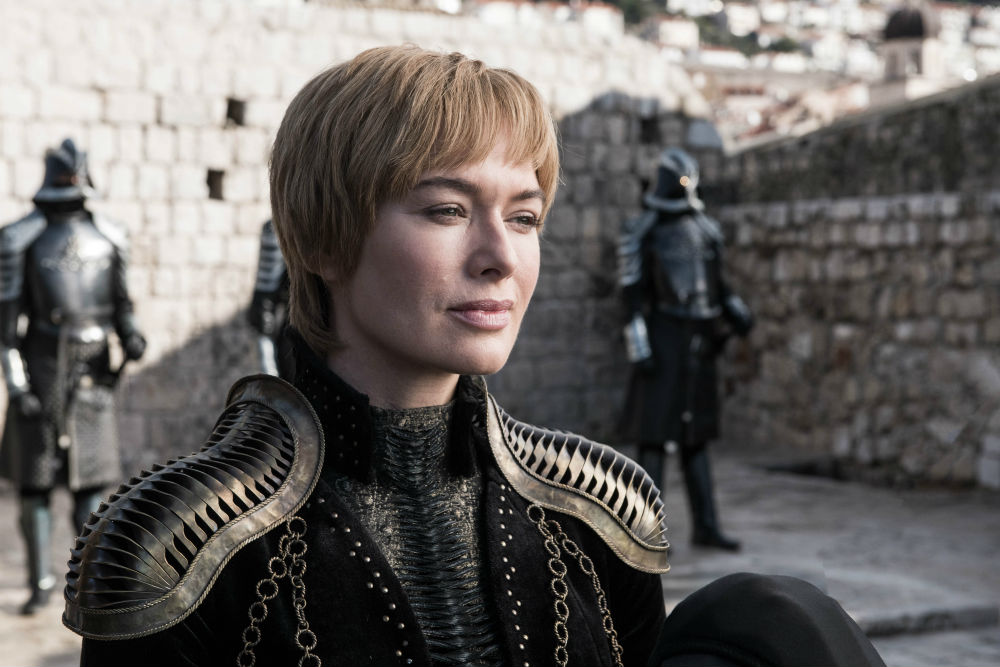 At the end of Season 7, we saw Cersei Lannister (Lena Headey) tell her brother-turned-lover Jaime Lannister (Nikolaj Coster-Waldau) that she had fallen pregnant. The news made its way to her other brother, Tyrion Lannister (Peter Dinklage), who told Sansa Stark (Sophie Turner) that his sister "has something to live for now." Despite being with child, Cersei has lied about allowing the Lannister army to march North and fight against the Night King's forces, instead keeping them at King's Landing and playing host to Euron Greyjoy (Pilou Asbæk) and the soldiers of the Iron Islands.

This week, we saw Cersei and Euron consummate a relationship that has been promised to the latter in exchange for his loyalty. Though it came earlier than Cersei had at first expected, could the Lannister matriarch be using the event to actually fall pregnant? Or is she going to disguise the true Lannister-Lannister identity of her baby following her night of passion with Euron? We should find out as the season rolls on... if Cersei survives that long!

What will it take for Sansa and the North to trust Daenerys? 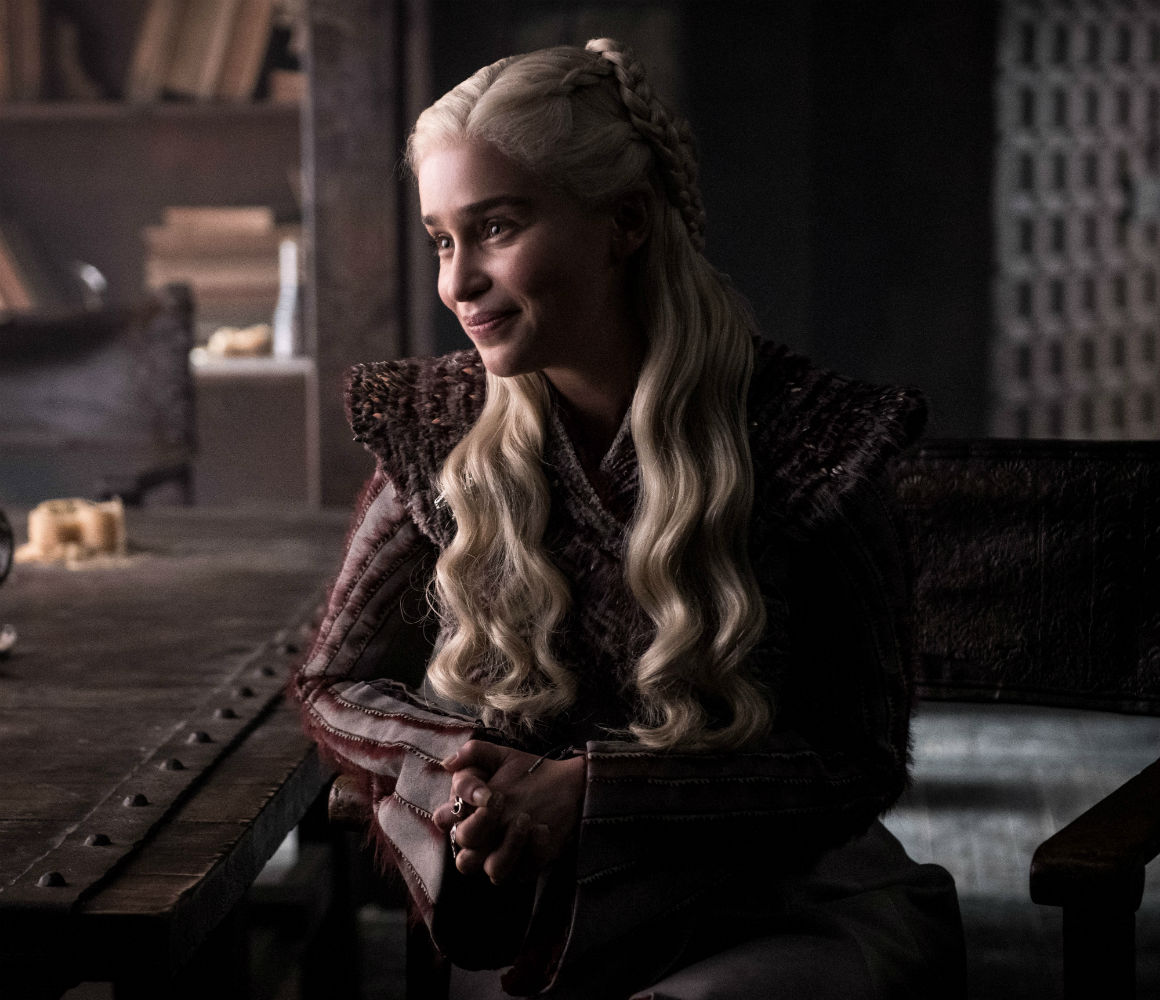 Jon Snow (Kit Harington) may have been named King of the North by his people, but in bringing Daenerys on-side in the battle against the Night King, he had to give up his crown and declare allegiance to her claim to the Iron Throne. That's not something the North, or even Jon's 'siblings' are going to immediately accept, so we have to ask ourselves exactly what Daenerys can do if she's going to win the trust of those people?

Sansa, now the Lady of Winterfell, has already had a couple of frosty moments with Daenerys, but told Jon just how much faith she has in him. A more difficult task however, will be doing the same with the rest of the Northern Houses. Daenerys' reaction to learning the truth of Jon's parentage could swing this one either way...

Can Jon and Daenerys' relationship survive the truth? 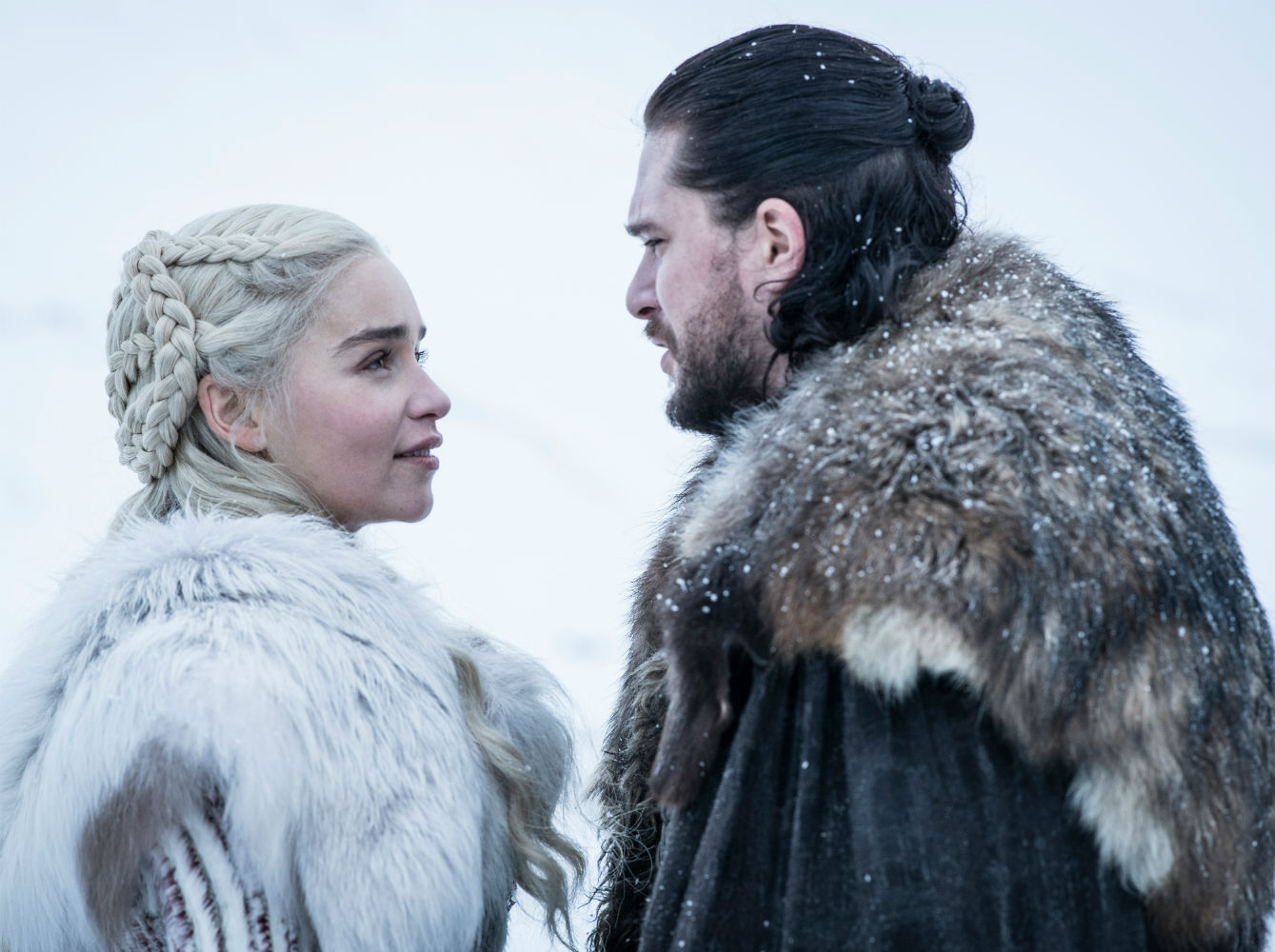 We finally saw Jon learn the truth of his parentage in the Season 8 premiere, as his close friend Samwell Tarly (John Bradley) told him exactly who his real mother and father were. Stunned by the news, Jon eventually realised that he had more of a claim to the Iron Throne than the woman he was now sharing a bed with. With Sam asking Jon, "You gave up your crown to save your people. Would she do the same?", is the relationship between the pair going to survive this entire season? Or will Daenerys' thirst for power thwart any chance of the two living in harmony?

That's without touching on exactly how the two would be treated if they did decide to co-exist despite being relatives, and trying to rule as lovers! Something tells us they wouldn't be welcomed to the Iron Throne by their people with open arms, after living under Lannister rule for so long...

Is there romance brewing between Arya and Gendry? 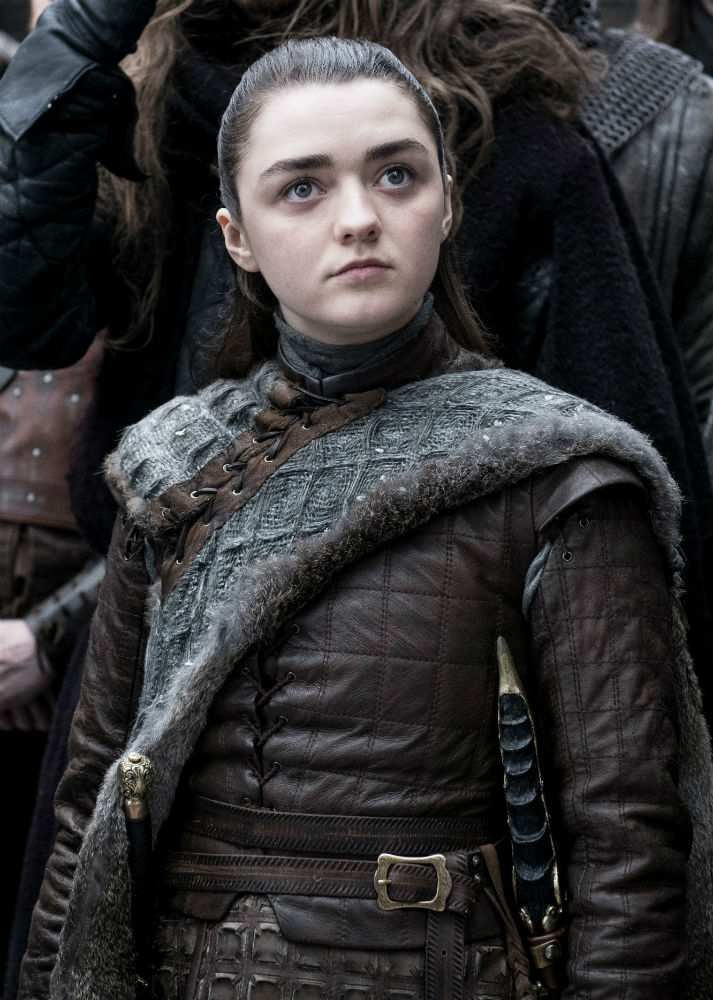 Despite being a Baratheon and at one point having a claim to the Iron Throne, Gendry (Joe Dempsie) has found himself making weapons as one of the lead blacksmiths for the North. It may not be one of the most interesting storylines for a lead character this season, but his exchange with Arya Stark (Maisie Williams) had many fans speculating about a potential romantic future for the pair. We'll be keeping a close eye on this one!

What message was being left by the Night King? 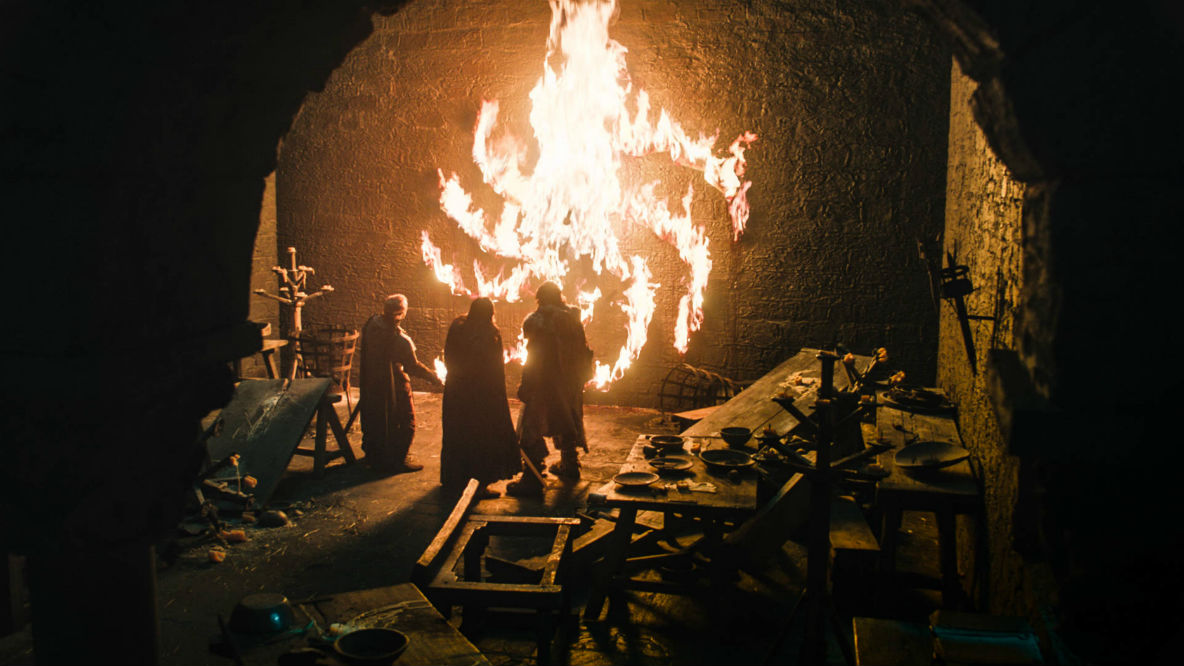 What does the symbol mean? / Photo Credit: HBO

Poor little Lord Umber (Harry Grasby). After seeing a heartfelt moment from the youngster, in which he asked for more wagons so that he could bring his men over to the North to fight, he was later discovered pinned to a wall with the limbs of those very men scattered around him. Tormund Giantsbane (Kristofer Hivju), Beric Dondarrion (Richard Dormer) and their group made the discovery, and immediately came to the conclusion that it was a message left by the Night King. This was further proven when Lord Umber arose from the dead, and Beric had to set the wight on fire to get rid of him for good.

What was most interesting about this scene was the layout of the limbs on the wall. Some say that when the sigil-esque 'message' burned, it looked a lot like the Targaryen House symbol, and that's undeniable. This isn't the first time we've seen the swirling imagery, however, as Polygon discovered.

In seasons that have gone by, the symbol has appeared in scenes just after the White Walkers have attacked. It's been made with the limbs of their victims, but was also carved into the rocks beneath Dragonstone, as discovered by Jon in a past episode. Does it have some deeper meaning in relation to House Targaryen? Or has the Night King simply created his own sigil?

Can Jaime survive his trip to the North? 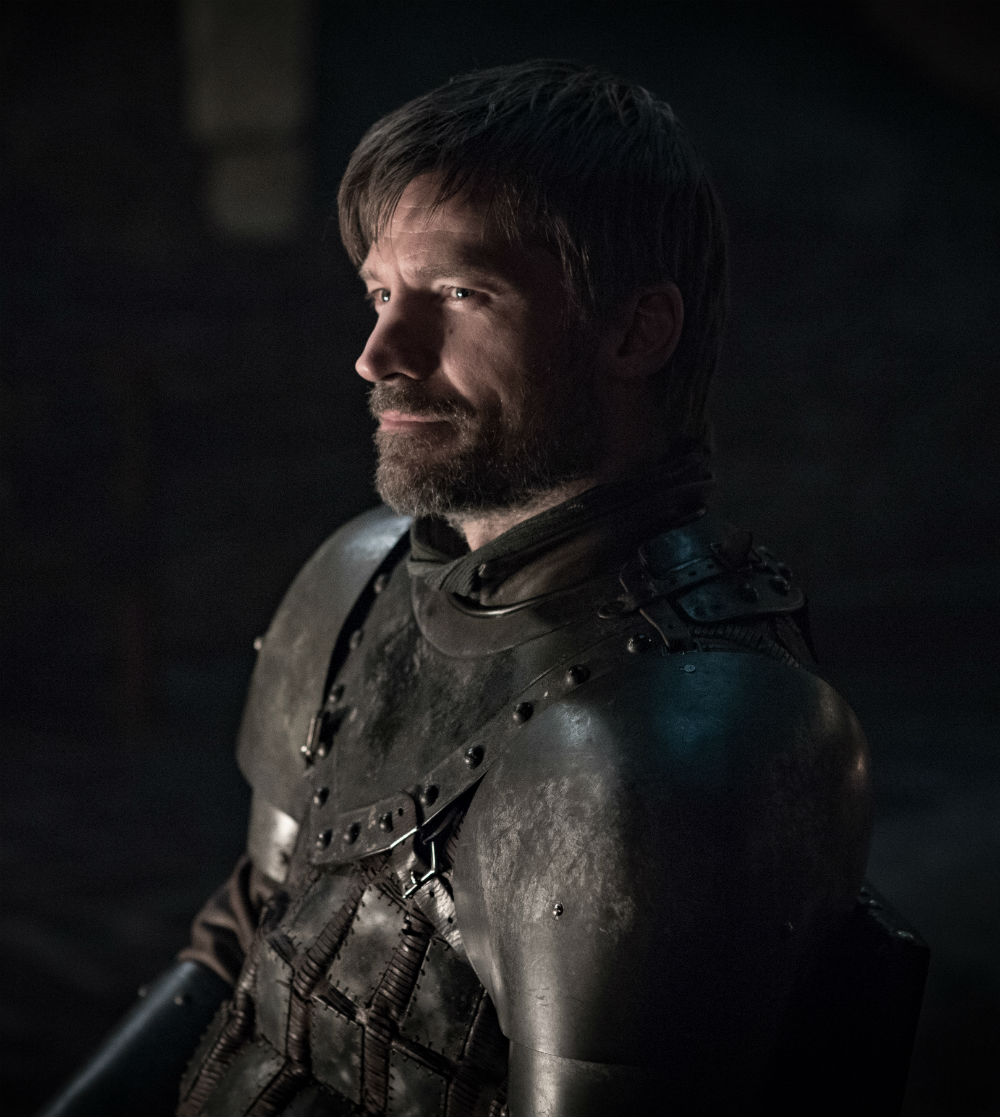 At the close of the episode, viewers saw Jaime finally arrive in the North to warn that his sister won't actually be lending a hand in the fight against the Night King and his army. When he dismounted his horse and pulled down his hood however, he couldn't hide his shock at seeing Bran very much alive and well in Winterfell. With so many enemies surrounding him, is there any way Jaime could actually come out of the Great War with his life? Will he even make it to the front line?

RELATED: Could these five characters make a surprise Game of Thrones comeback?

Game of Thrones continues Sundays in the US on HBO, and Mondays at 2am and 9pm in the UK on Sky Atlantic.