'Big Brother' new arrival Jasmine Lennard could be cooking up a new romance with Danny Wisker.

Former 2012 'Celebrity Big Brother' contestant, Jasmine Lennard is returning to the famous house as part of the reality TV show's 'Hotel from Hell' task and has taken a liking to the 29-year-old housemate.

A 'Big Brother' source revealed Aisleyne Horgan-Wallace - who has been seen getting very close and flirty with the demolition worker on the show - thinks that Jasmine is pretty and doesn't mind that Danny is giving her hugs because he "gives good hugs".

With a love triangle on the horizon, the doors to 'Hotel Big Brother' have opened and over this week some familiar faces will be checking in for a luxury overnight stay, joining VIP guest Aisleyne and the Big Brother Housemates. Some of the housemates who are in the hotel will be guests, while others will serve as hotel staff, and they'll have to work together to retain the hotel's rating in order to pass this week's shopping task. 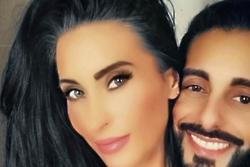 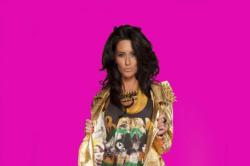 Which five celebs do we want to see return for Celebrity Big Brother: All Stars and New Stars?