Nancy Dell'Olio is reportedly dating 'Ex on the Beach's Jordan Davies - despite him being 31 years her junior. The 'Celebrity Big Brother' star, 53, has sparked rumours she's romancing the 23-year-old hunk after they were spotted on an intimate date at the flash wine and cocktail bar 68 And Boston in London's Soho on Tuesday evening (02.02.16).

A source explained to The Sun newspaper: "He travelled all the way from Cardiff for their date. Nancy was very flirty."

And it seems the unlikely pair got on like a house on fire on their date as they have reportedly agreed to meet up again.

However, news the pair are dating will unlikely go down well with Jordan's ex-girlfriend Megan McKenna, who locked horns with Nancy when they were both thrown in the 'Celebrity Big Brother' house for two heated weeks last month.

And Megan's not the only one who will be stunned to learn of Jordan's new relationship, as his co-star Ashleigh Defty shared a passionate smooch with the ladies' man last month.

Meanwhile, Jordan might not be the only one on the scene for Nancy as she recently admitted she's been on a few dates with different men since she left the infamous abode.

The brunette beauty hit the headlines over a decade ago when her husband Sven-Goran Eriksson - the former manager of the English football team - cheated on her with Ulrika Jonsson and FA secretary Faria Alam. 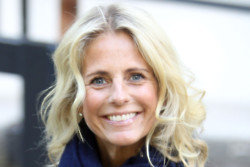 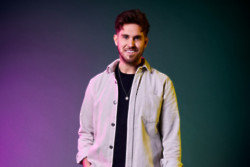