RuPaul's Drag Race Season 13 finale recap: And the winner is...

Who was crowned America's Next Drag Superstar? 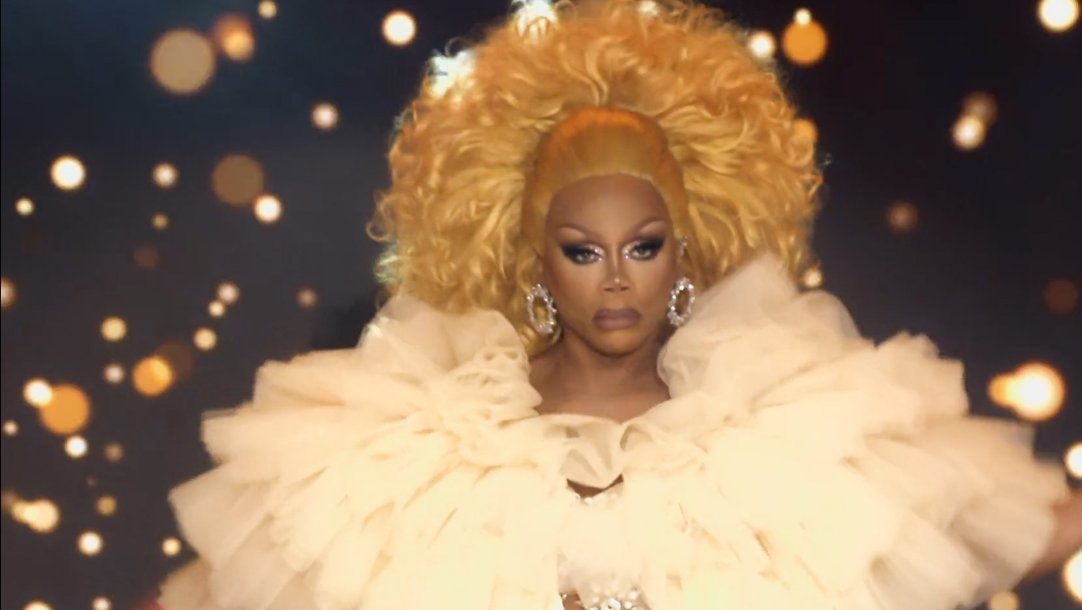 We are finally here gays, gals and non-binary pals!

This season officially ties with Season 3 for the longest in RuPaul's Drag Race herstory.

The finale was... a unique one.

You can tell that the Drag Race team tried their best to replicate the typical finale energy as much as possible, but with no live audience in the theatre and not having the other competing queens there, it made it quite odd.

I mean, the lip-syncs were good, but I found it a little underwhelming to end the season that way.

The producers make sure to cut back and forward between the theatre where the final is taking place and the viewing party at the drive-in, where last year's winner Jaida Essence Hall is working as an on-site reporter.

The finale opened with a RuPaul production number. Mother Ru performed her new song New Friends Silver, Old Friends Gold Which to be honest, was thrilling to watch, especially with her outfit.

The top four queens were then introduced, showing off runway looks in three different categories, as announced by Michelle Visage. Those categories were black and white, red all over, and grand finale elegance extravaganza.

Gottmik runway looks left a lasting impression. The black and white look was Pinhead -inspired with a studded headpiece, black bondage over a bodysuit, and her signature make up.

While her first look was gothic, her second one was much more playful. Gottmik wore a red flared red jumpsuit and bracers, which was inspired by David Bowie and Keith Haring.

The last look was just pure wow. It was breathtaking, stunning and striking. Definitely, the best runway look she has brought all season. She looked like an evil fairy godmother, and I am here for it. While Kandy is no fashion queen, she still had a massive step up from her past looks. The black and white showing was a gown that was part leotard, train and formal wear, but had a sparkling BLM in black.

The red look was more classic Kandy than the first. She wore a red mini dress with gold accents, a boombox purse and oversized (I mean, totally oversized) red headphones.

Like Gottmik, Kandy's elegant extravaganza was her best look – she wore a black and blue gown with a massive peacock feather headpiece.

Miss Rosé went with a My Fair Lady-inspired dress with a massive bow, wide-brimmed hat and an undersized parasol. A look that had me screaming because wow, I’m just in love with Rosé.

Her red look was a little less successful as the concept was to be an overgrown red tree, vines curling around her. Love the concept, but didn’t love the final look.

Like the others, her last look was the best one she had, and it connected to her Scottish roots. She wore a mint green, silver, and black our reminiscent of Scottish royalty that shimmers with glitters.

Right, let’s just pause for a moment and appreciate the high-end fashion this beauty queen gave us.

The black and white was a blend of Versailles and black fashion, she had a massive skirt that combines into wraps with black, white and silver bandanas covering the outfit, and it was hands-down just gorgeous.

The red look was campy and pure playfulness. Symone wore a look that was made entirely out of red nails and made into a fringed dress. Her wig was two blonde ponytails held by a pair of black hands made out of brunette hair. She was wearing red, large nails as well on her fingers and her toes.

The last look was a sleek white dress with a custom gold armour covering her right side, and she wore a blonde wig that was dipped with gold.

It was out of this world. 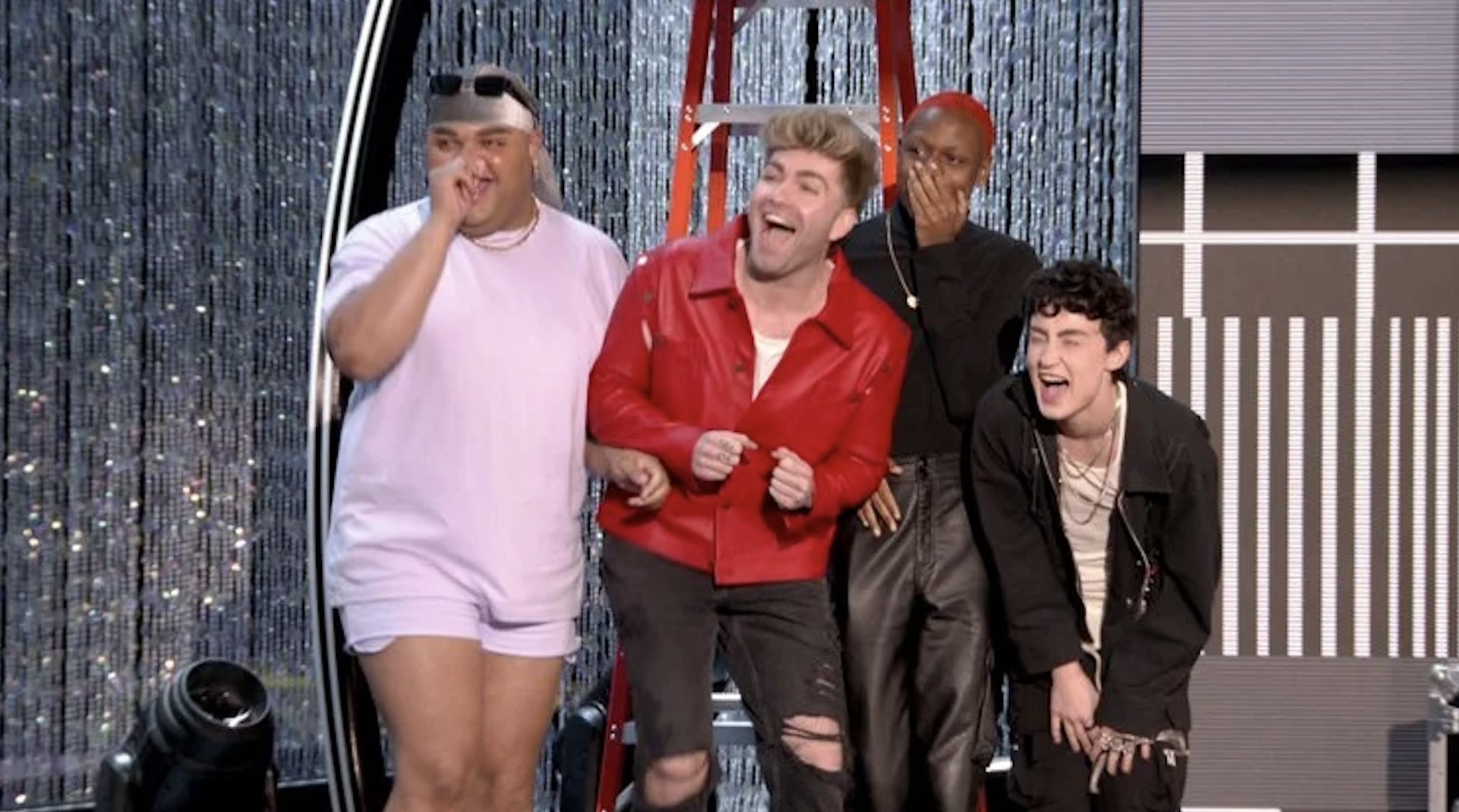 The interviews were next, and all of their chats were lovely. We got to see family and even Paris Hilton, who stopped by (over Zoom) to root on our Gottmik.

RuPaul also takes awareness to the 40th anniversary of the first reported case of AIDS.

A tribute to the late Chi Chi DeVayne was next on our screens. Chi Chi sadly passed away in August of 2020.

The tribute was an emotional segment that really touched the hearts of a lot of people, including me. It’s time for the lip sync smackdowns, and Ru spins the wheel leading Kandy and Rosé to lip-sync first, then Gottmik and Symone after them.

Kandy got to choose the first song, which happened to be Work Bitch by the legendary Britney Spears.

Rosé is in a textured pink blazer and boots with strawberry blonde hair, and Kandy is in a white, frilly leotard and blonde wig. As they lip-sync, Rosé tears away her look to reveal a light pink bodysuit and Kandy tears hers away to be multicoloured leotard.

I felt like they were both holding back a bit, and it was quite low-key, but Ru gives the win to Kandy, which was a total shocker.

Symone and Gottmik had Brit’s Gimme More song, and they both put up a hard act. Gottmik wore a puffy red dress and black leggings with a red wig which tore away into a train revealing the term “Crash the cis-term” in red stones on her chest.

Symone was in a white tracksuit with her name emblazoned on her chest in purple and gold. Her tracksuit comes off to reveal a stunning yellow dance dress.

The lip sync was much more dramatic than the first, and Ru crowds Symone the winner.

Don’t worry Gottmik and Rosé fans, we will undoubtedly be seeing them in All-Stars!

Before the final lip sync, we got to get a glimpse of all the other season 13 queens. Last season's Miss Congeniality, Heidi N Closet comes out ready to crown the latest congenial family member.

Finally, it’s the last lip sync of the night. Symone is wearing a tall black braided wig with a floor-length black coat, which is an obvious reveal waiting to happen, and Kandy is wearing a sparkling pastel pink and purple jumpsuit.

The song of choice is Britney’s Till the World Ends and boy, what a lip-sync it was. Symone reveals her second look, and it’s a yellow fringe dress that looks drop-dead gorgeous on her.

Kandy brings out the Dominican Republic flag, but it’s overshadowed by Symone triggering her wig to make yellow streamers pop out of it.

There is no surprise in what I’m going to write next, but after suspense builds up, RuPaul crowns Symone as America’s Next Drag Superstar. 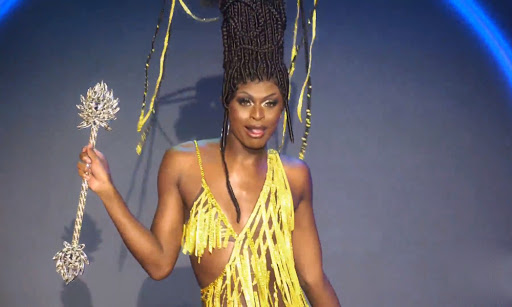 This season may have had it is up and downs, but it’s been an entertaining season under such circumstances.

Let’s all agree that we never see another zoom reunion or finale ever again though okay?

Condragulations to Symone for being an outstanding queen and deserving winner!

RuPaul's Drag Race Season 13 is available to watch in its entirety now on Netflix in the UK. 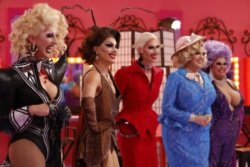 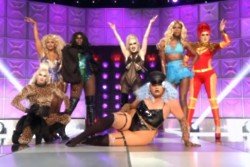